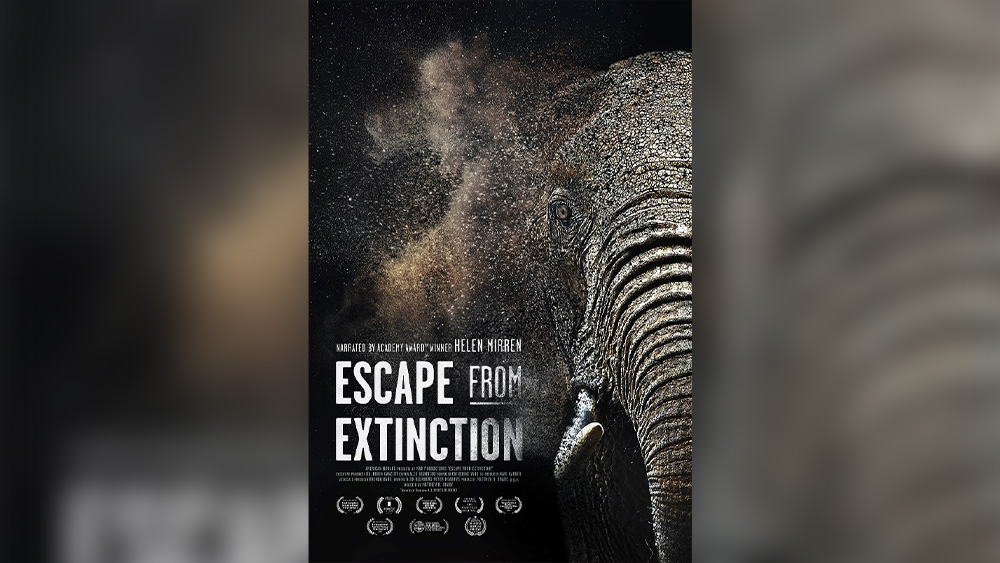 The nonfiction feature, produced and directed by Matthew R. Brady of MRB Productions, explores what scientists are calling a ‘Sixth Mass Extinction.’ This docu, which includes rare footage of endangered animals, shows the work of major zoological organizations known as nature’s last arks of hope in preserving one million species on the brink of disappearing forever.

Says Executive Producer Dr. Robin Ganzert, Ph.D., president and CEO of American Humane, “We are excited to share Escape from Extinction with theatrical audiences across the country. We hope this incredible film will inspire them to take action to protect and preserve critical species on the brink of disappearing.”

Adds Brady, “During a year in which we are navigating both a global pandemic and the catastrophic effects of climate change, we felt it was an important time to release this film as it is educational, hopeful, and will resonate with audiences of all ages. This is a great opportunity to get out of your house, and learn about the efforts being made to protect our planet’s endangered species.”

Proceeds from the 90-minute documentary will go back to American Humane, in helping to further its work to protect animals around the world, including saving, sheltering, and improving the lives of some one billion animals each year.

>Check out the trailer below: