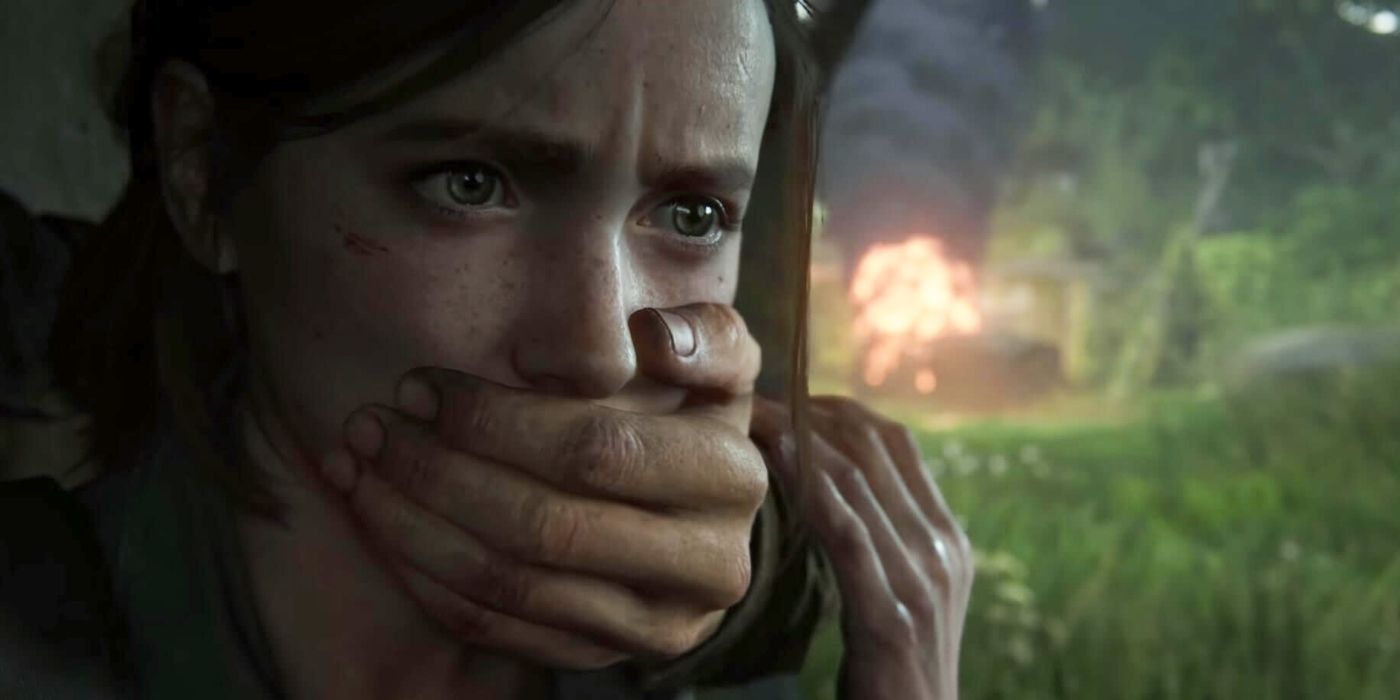 Despite receiving general acclaim, The Last of Us Part 2 caught criticism from several prominent reviewers, who found the game’s violence overshadowed its emotional aspirations. The gap in reception led to arguments online, including among critics and The Last of Us 2′s developers, and some argue Naughty Dog’s strict review embargo rules are to blame for the controversy.

Violence has played a central role in Naughty Dog’s marketing strategy since a 2017 The Last of Us 2 teaser trailer depicted two unknown characters being tortured by hanging and hammer blow. Subsequent comments from developers focused on the game’s brutality, with an emphasis on mechanics designed to make players feel the effects of their in-game actions, like named NPCs that call out for their friends. Gameplay footage regularly delivered on these promises.

Related: Sony Going All-Out On The Last of Us Part 2 Advertising

Naughty Dog Vice President Neil Druckmann recently revealed his desire to explore themes of violence and revenge was partially inspired by a his reaction to a video of a lynching he saw when he was young. In the past, video games have often conflated “brutal” with “deep,” so it’s no wonder many were skeptical about how The Last of Us 2 would handle discussions of this kind of disturbing material. A Metacritic score obviously can’t capture the nuance of opinions on this topic, but the game is currently sitting at a 95, so it’s at least safe to say many found The Last of Us 2 compelling. But reviewers have somewhat struggled to express why it’s so good (or not), all because of Naughty Dog’s review rules.

When it comes to such a hyped-up, triple-A game, argument and controversy would have already broken out as a result of scathing reviews from sites like Polygon and Vice juxtaposed against praising ones from Paste and The Washington Post. But video game publishers often restrict which parts of a game reviewers can discuss before it launches in exchange for pre-release review access, and The Last of Us 2′s review embargo rules are reportedly unusually strict.

Nearly every review from a major publication mentioned these restrictions, as they led to difficulties communicating reviewers’ feelings about the game. Polygon’s review, for example, touched on similar points about The Last of Us 2′s controversial violence, again and again, in different phrasings and contexts, attempting to get across just how relentlessly brutal the game is without being allowed to actually discuss anything that could truly illustrate it. Some positive reviewers, meanwhile, made stumbling exaggerations, such as podcast host Jeff Cannata’s infamous comparison of The Last of Us 2 to Schindler’s List.

Like reviewers’, players’ enjoyment of The Last of Us 2 will likely come down to their personal tolerance for violence and their interpretation of how effectively Naughty Dog used that violence to tell its story. But, as USgamer’s Kat Bailey argued in a recent column, “with specifics being hard to come by, generalized hyperbole and ironic jokes are going to have a much easier time ruling the day.” More controversy came as a result of these reactions when Druckmann criticized Retronauts’ Bob Mackey and Bloomberg’s Jason Schreier for riffing on Cannata’s Tweet, leading to a pile-up of heated review discourse.

Related: The Last of Us Part II Review: You’ve Never Played Anything Like This

Ultimately, Naughty Dog’s restrictions prevented reviewers from digging into exactly what makes The Last of Us 2 so good or bad, leading to some reviews that come off as either unequivocal praise or disgusted condemnation. Of course, many reviewers would likely stand by those polarized opinions, but there would certainly have been more room for nuance if Naughty Dog’s restrictions weren’t so tight.

Next: The Last of Us Part 2 Launch Trailer Sets Up Ellie’s Quest For Revenge

Camden Jones is a freelance reporter and regular contributor to Screen Rant. He also contributes to sites like GameRevolution and ESPN Esports, and he is a former Game Informer intern. A graduate of the the Missouri School of Journalism, Camden writes mostly about video games and the people who play them, but he has dabbled in topics such as the Missouri state government and artificial cattle insemination.

Visit Camden’s website to see his full portfolio of work, including features, podcasts, and videos. You can also follow him on Twitter @CCJ1997 for updates on his latest work and thoughts on gaming, environmentalism, and K-pop, or email him at ccj1997(at)gmail(dot)com.

Why Jennifer Lawrence And Co. Should Make Another Hunger Games Sequel, But Not Until After The Prequel
Exclusive Interview: Steve Merlo (The Sawyer Massacre)
beabadoobee Unveils New Song “How Was Your Day?”: Stream
Three Things Stacey Abrams Wishes You Knew About Voting Rights
Demi Lovato’s Ex Max Ehrich Claims They Haven’t Broken Off Engagement