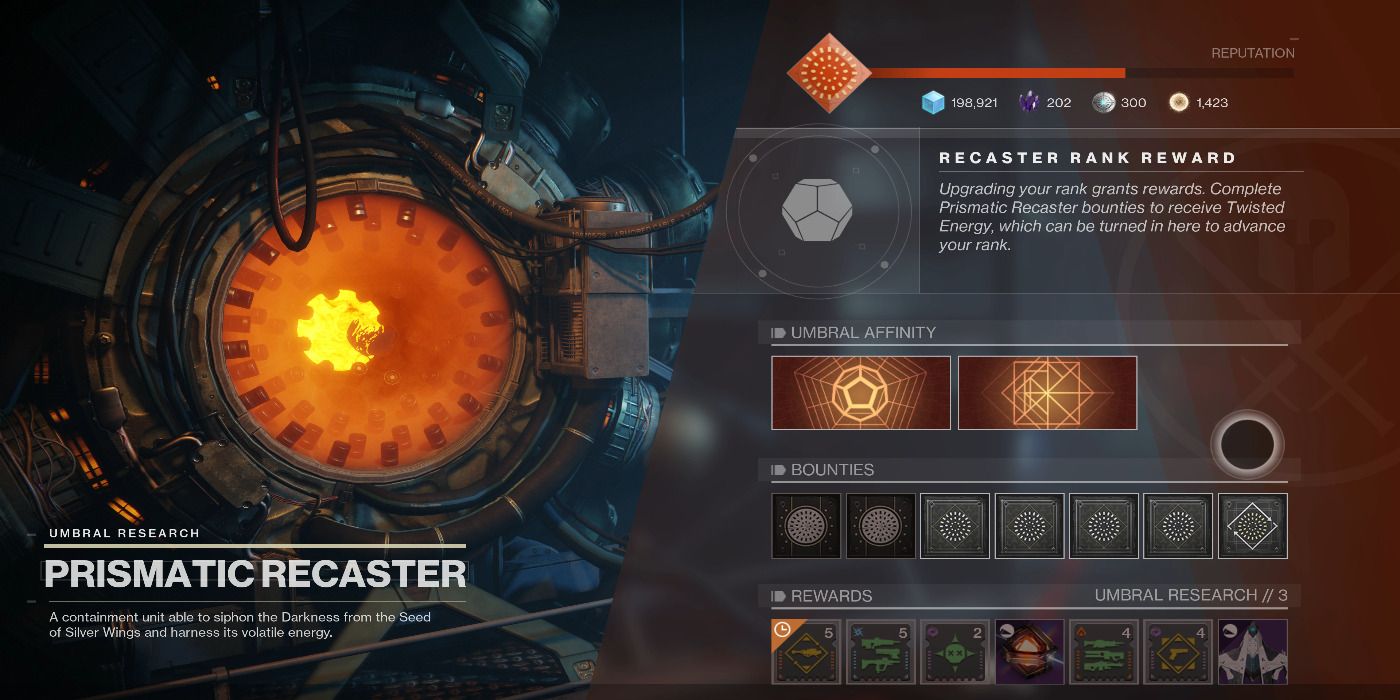 Destiny 2: Season of the Worthy brings with it some new content, slowly bridging the gap between light and dark. As Guardians gear up to face the pyramid ships and repel their current incursions on Io, these ships and their influence start to take shape, effecting more than just the agents of darkness. Players come across newly discovered “Umbral Engrams” Engrams coated with the Darkness making it impossible for the average cryptarch to decrypt.

The Drifter has always expressed his desires to tango with the Darkness and these new Umbral engrams make him giddier than an kitten around catnip. With cryptarchs unable to decipher the engrams secrets as their powers are solely for the light, The Drifter offers Guardians a way to not only reap rewards from this engrams, but even manipulate them, and obtain the rewards the Guardians desire. This guide will break down the “focusing” process, so players can make the most of earning Umbral Engrams.

How to Focus Umbral Engrams in Destiny 2

Umbral Engrams like other engrams can be decoded as is, for a chance of earning a random reward. But the Drifter is better than that and knows the Guardian is too. With a lot more than an unhealthy dose of optimism and curiosity, the Drifter prepares some special tools that allow players to alter the state of Umbral Engrams tainted with darkness, and “focus” them into a desired loot pool.  The Umbral Decoder decrypts Umbral Engrams while the Prismatic Recaster serves as the “vendor” for focusing the engrams. Like last season’s vendor there are two sub-menus. The Umbral Focusing menu is for just as it’s name states, and the other menu Gifts of Light & Dark, is for unlocking affects and buffs to improve the way players can earn rewards and engrams. The Gifts of light and Dark sub menu can be upgraded by obtaining twisted energy, currently obtainable from weekly Prismatic Recaster bounties.

The Umbral focusing menu has a top, middle and bottom row. The first row is split into four main loot-pools/engrams that players can choose from. The first being new pyramid-focused gear that are all weapons for a total of 6, the second being armor-focused gear for the Holdfast set of 5 pieces, the third being legacy-seasons gear for 2 items each from the last 3 seasons making a total of 6 weapons, and Dredgen focused gear with Drifter themed weapons for a total of 4. Players need any earned Umbral Engrams and the consumable “Altered element” in order to focus their engrams. Altered element is earned from completing daily bounties from the Prismatic Recaster, Nightfall: The ordeal, Claiming this seasons Triumphs, Gambit and Crucible matches. The second row splits the weapon loot pools further making each possible engram contain a 2 weapon possibility for a total of 8 different weapon-focused engrams. The third row allows players to focus the engrams into containing an armor piece with a specific extra high stat from one of the six available on every armor piece. Unfortunately, upgrading the next two rows are tied to the season pass so players are going to have to grind those experience points in order to truly influence their engrams to that level of precision.

Next: Why Destiny 2’s First Fortnite-Style Live Event Wasn’t Worth It

Destiny 2 is available on Xbox, Ps4, and PC.

Animal Crossing: How to Find The Tilapia Fish
Related Topics
This article was originally published by Screenrant.com. Read the original article here.
Tweet

One Jurassic World Actor Explains Why They Missed A Chance To Be In Dominion
Viral D.C. Sign Language Interpreter Gets Career Boost From Celebs
Alex Trebek’s Final Sign Off For ‘Jeopardy!’ Before His Death
Flora And Ulysses Drops Its First Trailer, Here’s Why It’s Headed Straight To Disney+
Too Much Horror Business! – The Impact of Horror on Rock Music