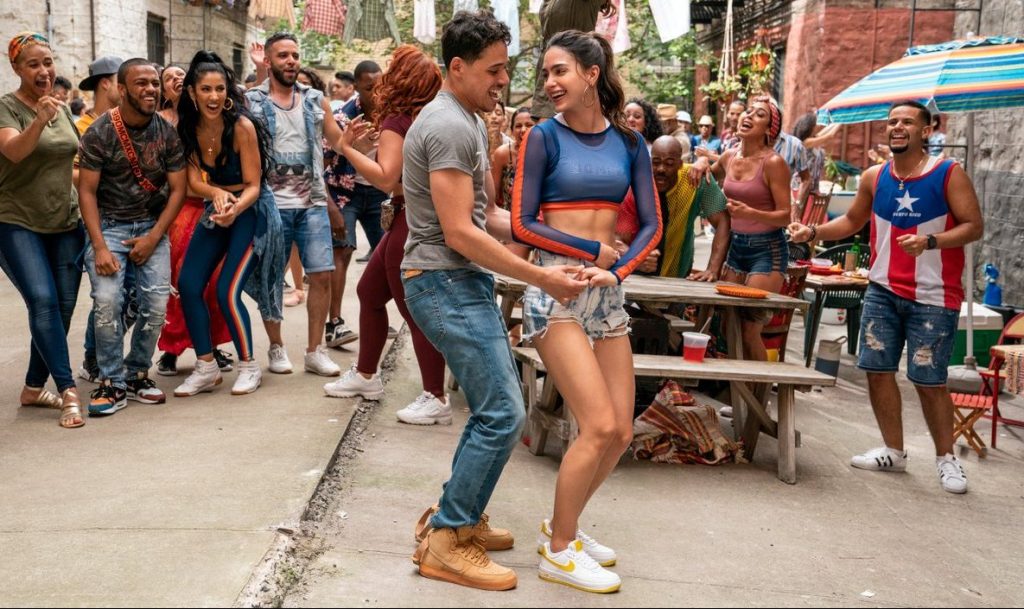 Jon M. Chu’s long awaited feature adaptation of the Lin-Manuel Miranda and Quiara Alegría Hudes 4x Tony winning musical In the Heights finally hits theaters and HBO Max this Friday and in a recent Fandango poll of 1,3K-plus moviegoers, 96% of ’em say it’s the first movie they plan to see since pandemic started.

The pic, which is making its world premiere as the opening night selection at the Tribeca Film Festival, is already 97% certified fresh and is the top pre-selling ticket on Fandango for this weekend.  Industry estimates are betting that the pic ranks No. 1, ahead of Sony’s Peter Rabbit: The Runaway, with a $10M-mid-teens opening weekend.

Chu’s 2018 Crazy Rich Asians was a huge celebration for Asian Americans on the big screen and beat its 5-day $30M opening projection with $35.2M and went on to be nominated for two Golden Globes — Best Motion Picture comedy or musical and Best Motion Picture Comedy or Musical Actress for Constance Wu. The pic also nominated for best feature cast ensemble in 2019 at the SAG Awards.

Miranda originally wrote the earliest draft of In the Heights in 1999 during his sophomore year of college where it went on to debut at Wesleyan University’s Second Stage as an 80 minute show. The musical ultimately made its way to Broadway where it won 2008 Tonys for Best Musical, Best Original Score, Best Choreography and Best Orchestrations. In the Heights also won a Grammy for Best Musical Show Album.

Other takeaways from Fandango’s recent survey:

–97% said they are looking forward to seeing an upbeat film that celebrates culture and community.
–95% are looking forward to a feel-good movie and escapism at the movie theater.
–94% are excited to see a fresh ensemble cast of young rising stars.
–92% said they hope that the film will bring more awareness to Dominican and Latinx culture, and that it might increase Latinx representation on the big screen.
–91% are fans of In the Heights and Hamilton creator Lin-Manuel Miranda.
–90% have seen the director Jon M. Chu’s last movie, Crazy Rich Asians.
–87% are excited about the film’s mix of music styles including Hip-Hop, Latin, R&B, and Pop.
–86% are excited to see a NYC neighborhood that’s rarely the focus of a big-screen movie.
–84% wish Hollywood had more Latinx representation on the big screen.
–63% are looking forward to the film’s numerous dance numbers.
–57% are looking forward to the film’s colorful palette (costumes, sets, cinematography).

Fandango’s top five advance ticket-sellers for showtimes this weekend (for Fri-Sun), as of this morning: