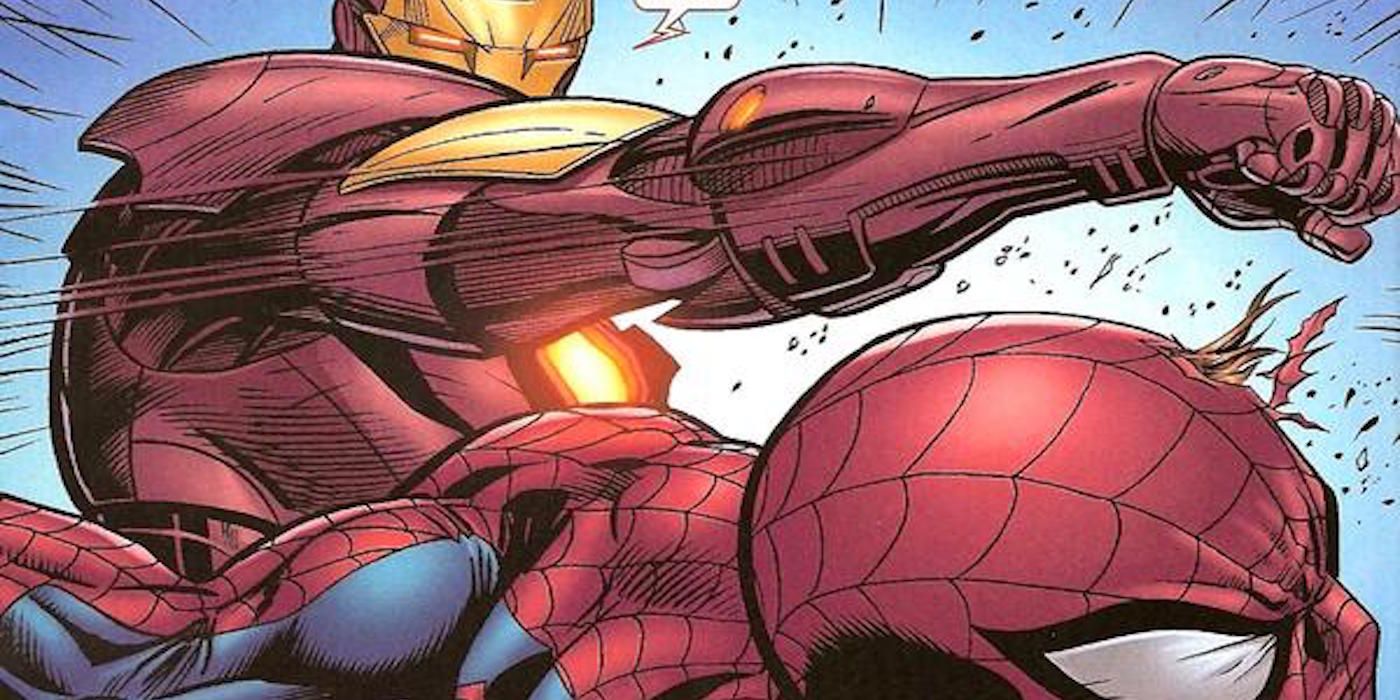 From the get-go, Peter Parker has always idolized the likes of Tony Stark and Reed Richards. And while it makes sense given his shared skills for the scientific, Spider-Man ultimately learned why you should never meet your heroes during the events of Civil War, where he ultimately received a beat-down from his one-time idol. Worst of all, Iron Man managed to use one of his Peter’s most iconic abilities against him – his Spider-Sense.

In Civil War, the superhero community is fractured after a tragedy in Stamford, Connecticut leads to the passage of the Superhero Registration Act, requiring all heroes to register with the government. Spider-Man initially comes out in favor of the bill, which was being championed by Iron Man, who at this point had become Spider-Man’s mentor and protege. Spider-Man revealed his identity on national TV and even received a shiny new Iron Spider-Man armor out of the deal. But Spider-Man came to see the darker side of the conflict as he witnessed many of his allies being thrown in prison for refusing to register. This lead Spider-Man to break ties with Stark and side with Captain America, who was leading the opposition to Stark’s faction of heroes.

When the two Avengers spar, Tony resorts to the fail-safes built into the Peter’s Iron Spider suit, but Spider-Man is able to overcome them, taking on Iron Man in his classic red-and-blue. Iron Man, however, still has the upper hand, using data collected from his Iron Spider suit to counteract Peter’s Spider-Sense using pheromones and holograms – and simulating his own version of Spidey’s famous power. The results leave Spider-Man completely blind-sided, beaten, and broken at Iron Man’s feet. Tony gloats about his disappointment in Peter and threatens to arrest Spider-Man and his allies, but holds back due to a prearranged parley with Captain America.

Unfortunately, this would be only the beginning of Spider-Man’s troubles, with the infamous Parker luck in full swing. After the events of Civil War, Aunt May is fatally wounded by a sniper’s bullet. With Tony unwilling to help, Peter resorts to a deal with Mephisto to save his aunt’s life, leading to the much-maligned One More Day that saw Peter save his aunt’s life at the cost of his marriage to Mary Jane.

While the events of Civil War do not paint Tony in a flattering light, they make it clear he is not to be underestimated. After all, Stark is more than just a man in a suit – he’s one of the founding geniuses of the Marvel Universe. He’s more than capable of thinking outside of the box, further advantaged by the resources of his own company (and after Civil War, SHIELD) at his disposal. While Tony Stark would get his comeuppance in both subsequent crossovers like Secret Invasion as well as his solo title Invincible Iron Man, the events of Civil War show why Iron Man is never to be underestimated.

Next: Iron Man Was Absolutely The Villain of Marvel’s Civil War