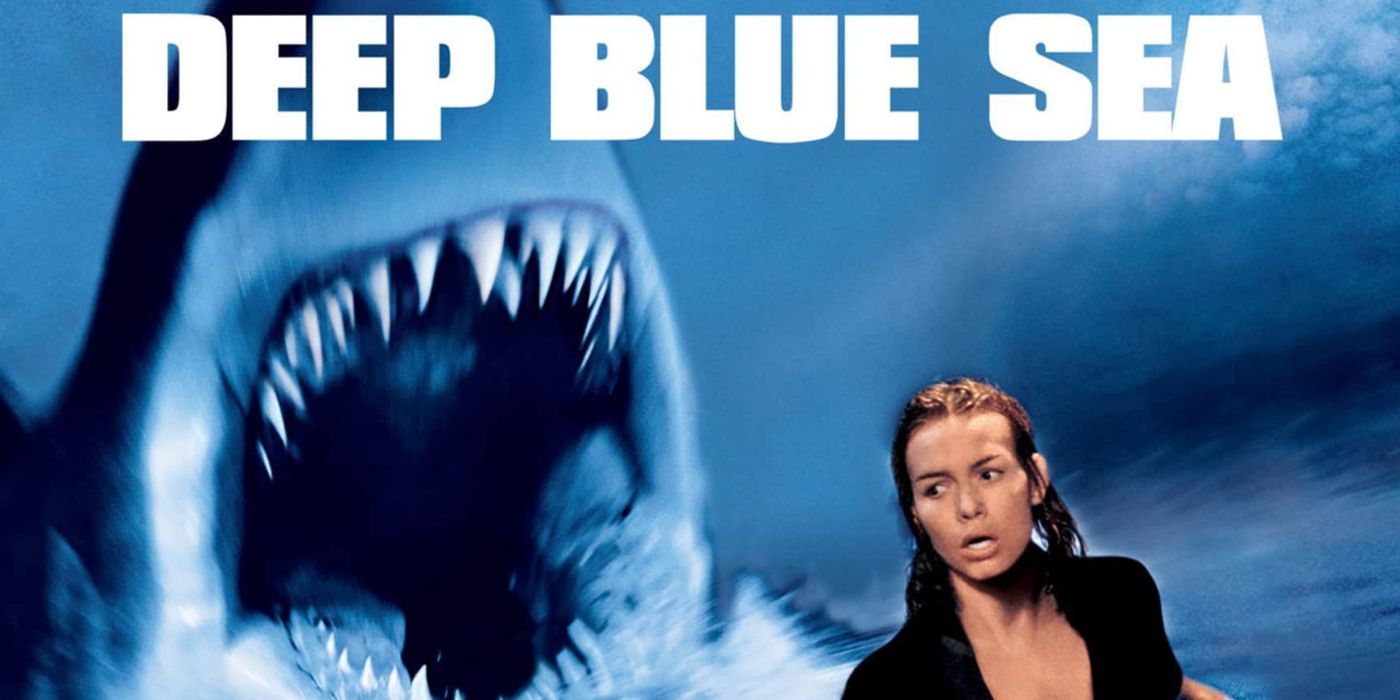 Where can b-movie gem Deep Blue Sea be found online, and is it on Netflix, Hulu or Amazon Prime? When it comes to killer shark movies the original Jaws is still the reigning champion. Steven Spielberg’s 1975 classic survived a nightmarish production to become the first true summer blockbuster and still holds up to this day. It also spawned one of the first big blockbuster sequels with 1978’s Jaws 2, which essentially turned the titular beast into a slasher.

The genre itself is a mixed bag of “ironically” bad movies like Sharktopus or Ghost Shark, while studios will occasionally produce tense fare like The Shallows. The Meg from 2018 was based on the book series of the same name by Steve Alten, with the movie adaptation spending years in development hell with directors like Eli Roth and Jan de Bont coming and going. The subsequent Jason Statham Meg blockbuster rode a wave of smart advertising to gross over $500 million worldwide, despite mixed reviews and a disappointing lack of bloodshed.

Deep Blue Sea from 1999 finds a team of scientists trapped in an underwater lab, where they’re stalked by three experimental “smart” sharks. The logic of the movie doesn’t hold up to much scrutiny but it’s an undeniably fun action movie with a few surprise demises. This famously includes Samuel L. Jackson’s (Captain Marvel) businessman, with the actor being by far the biggest name in the cast at the time. Around the midway point he gives a rousing speech to his fellow survivors that they’ll make it out alive – only to be grabbed by a shark and viciously ripped apart. It’s a genuinely shocking moment and just one reason to recommend Deep Blue Sea.

Sadly, Deep Blue Sea isn’t currently available to stream on Netflix, Hulu or Amazon Prime in the U.S., though it is currently available on the latter in the UK. The movie can be rent or purchased via Google Play, YouTube, iTunes, Vudu, and other outlets. The movie later spawned a belated sequel in 2018’s Deep Blue Sea 2, which attracted universally negative reviews and essentially remade the first movie on a lower budget. Deep Blue Sea 3 is also in the works for Netflix.

The original ending of Deep Blue Sea featured three survivors, including Saffron Burrows’ morally dubious scientist, who created the sharks. Test audiences rebelled against this, however, and felt she deserved to die for her actions, so the ending was changed to have brutally eaten in the finale. Her character was digitally removed from the final shots to make her removal complete.

Next: Jaws: Where Amity Island Is Supposed To Be (& Where It Was Filmed)

The Ganzfeld Haunting (2014)
Ben Crump Praises Regina King for Using Emmys Platform for Breonna Taylor
Watchmen Season 2: Everything We Know
Kanye West Wants to Get Taylor Swift’s Masters Back from Scooter Braun
Let Her Out (2016)