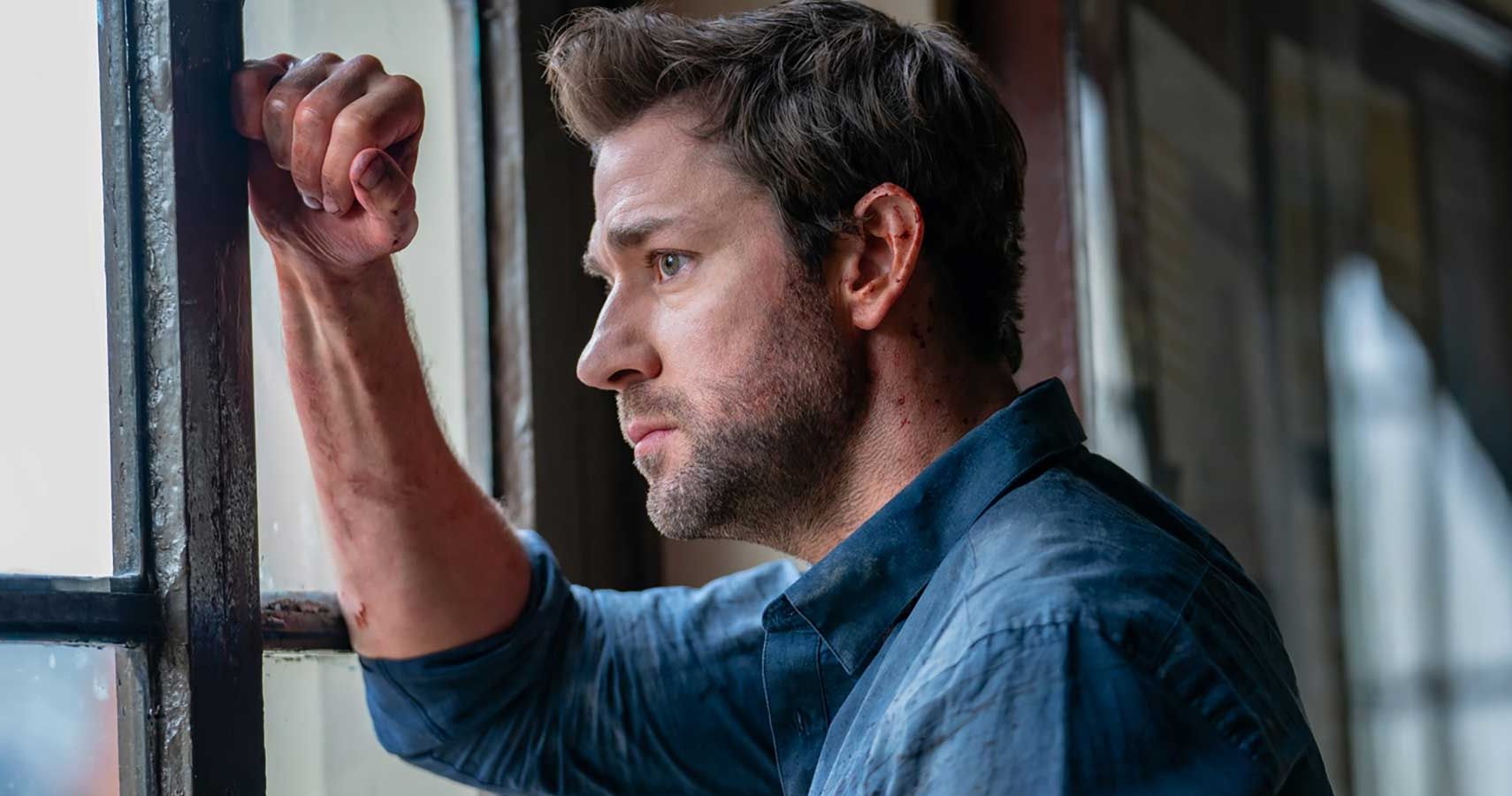 In the world of fictional spies, Jack Ryan is as lethal as his counterparts but he isn’t quite as popular. While every supervillain always seems to know James Bond, Mr. Ryan often receives a “who are you and why are you here?” kind of reception. Being low key is good for a spy but that means Jack won’t be signing any autographs or getting millions of followers on Instagram. TMZ‘s paparazzi wouldn’t even bother approaching Jack Ryan if they sported him. That’s Jack Ryan? He won’t bring us any YouTube views. Let’s go look for Cardi B.

RELATED: The Most Exciting TV Shows For The Rest Of 2019

The character which was created by best-selling author Tom Clancy has been portrayed by five different actors including Ben Affleck, Harrison Ford, and Alec Baldwin. Currently, Jack is being portrayed by John Krasinski who is better known for his role as Jim Halpert in The Office. The casting decision was initially met with skepticism but he has done quite well. The Amazon show which has two seasons so far has also been spectacular. The first and second seasons were unique in their own ways so let’s argue about which was better, shall we?

Yeah! Kill ’em all Jack! You can’t help but chant those words as Agent Ryan takes down the bad guys in the second season. If you aren’t a fan of slow-paced spy dramas, then season two must have made you very happy. Whereas season one felt like Homeland, season two felt like a mixture of 24 and Strike Back.

Several rounds of ammunition were being fired every five minutes. Bombs were exploding. Politicians were getting killed and kidnapped. It was definitely a show capable of making you overspend on popcorn. The Jack of season two also had a tougher look. Actor John Krasinki came armed with a male model’s beard and ready-to-kill eyes. You definitely would have broken into laughter if the Jack of season one said: “I’ll punch you in the face.” However, the Jack of season two would have had you on your knees, begging or telling him whatever he wanted to know.

In the first season, the story unfolded slowly and beautifully. At the very beginning, Jack was a behind-the-desk financial analyst for the CIA. He didn’t look like he was going cross paths with bad guys anytime soon. By the end of the season, he was gunning down the world’s most wanted terrorist and foiling his attempt to blow up a hospital.

RELATED: The 10 Best Movie Plot Twists Of The Decade, Ranked

Jack’s relationship with his girlfriend Dr. Cathy was also explored in detail in the first season whereas, in season two, his only relationship was with guns. In fact, Cathy didn’t appear at all. Where did she go? He must have cheated on her with a Kalashnikov rifle.

There’s Moscow for a little while but most of the proceedings in the second season take place in Venezuela. Like anything else that has been filmed in South America, you know what to expect – orange sun, darker filters, lush greenery, grey rivers. They all create a perfect cinematic feel.

This was a much welcome change from the somber, war-torn middle-eastern setting of the first season. Even Jack himself liked it since he turned down every opportunity he had to leave the country with the excuse “I still have unfinished business.”

The antagonist in the first season was a high-ranking terrorist who mirrored the likes of the recently killed Al Baghdadi and Bin Laden. Mousa Bin Suleiman had his eyes set on crippling the west. A financial genius, he knew how and where to get all the funds he needed to expand his base in Syria. He also had plans to weaponize the Ebola virus but that didn’t go so well.

The second season had a despotic president as a villain but he wasn’t quite as convincing. President Nicolas had stolen elections and looted Venezuela to the ground. He was also involved in illegal mining. Since countries like Russia and China backed him, it didn’t come as a surprise that the US badly wanted to take him down. But despite the murderer’s stare, he didn’t have much going for him.

The second season gave different characters plenty of screentime. Agent Harry from the German Federal Intelligence Service (BND) gave us memories of Nikita as she tracked her former associate and assassin Max Schenkel in Venezuela. Miguel Ubarri, the chief advisor and childhood buddy of President Reyes, made us all worried for him as he contemplated betraying the president and working with American agents.

5 Season One: Jack and Greer’s Bromance

One of the best things about the show is the bromance between Jack and his boss Jim Greer. The two got along well in the first season because Jack was a good employee. Everything was logical.  In the second season, it all became ridiculous.

Greer who has been posted to Moscow finds an excuse to leave the country after learning that Jack is following a lead in Venezuela. He misses Jack. He has to be with Jack. What would his life be without Jack? Don’t we all want friends who leave their jobs to come and be with us? If only it was easy. Together, they team up to take down the country’s corrupt president and help the opposition leader get elected. Meh!

You can feel Jack’s pain when his pal Senator Moreno is murdered in Venezuela. It is that particular event that turns him into a vengeful killing machine.

Miguel Ubarri’s death is also quite hard to take. Even though he was betraying the president by working with the Americans, he just wanted to do the right thing. Sadly, the president slices his throat before he can flee the country with his family. And when Bonalde finally becomes president, tears flow down your eyes like the Niagara Falls.

3 Season One: The Season Finale

In the first season’s final episode, Jack discovers that Suleiman’s next attack is going to be on American soil. The terrorist is planning to blow up a hospital but luckily, the attack is foiled and Jack shoots him. Quite a satisfying ending.

RELATED: The Best TV Series Finales of the Decade

In the second season, Jack seems to kill everyone else except the president. No way! In these kinds of shows, the protagonist needs to kill the antagonist. However, Jack and his team leave President Reyes to be dealt with by the protestors who have stormed the palace. Come on! The guy cut his friend’s throat. You aren’t going to kill him before you leave?

What are the odds that a high ranking terrorist like Bin Laden or Al Baghdadi would go the US himself to stage an attack? Very unlikely. He’d send his men to do it. In the first season of Jack Ryan, Suleiman not only goes to the US himself but his plan is to attack a hospital. Of all the places a terrorist of Suleiman’s caliber could attack to make a statement, he goes for a hospital. Very unrealistic.

In season two, there is a dictatorial leader in Venezuela. The country is also said to be going through tough economic times. These are things that are happening in real life. Venezuela has been unstable for a while, so the show’s creators deserve credit for inserting fiction into real events.

1 Season One: Truthful To The Source Material

The Jack in the first season is quite similar to the one that appeared in Clancy’s novels. That Jack didn’t relish going to the field, He just did so out of necessity. His preference was staying behind the desk and analyzing transactions.

The Jack in the second season is more like Jack Bauer. He can’t wait to move from one point to the other while holding a gun. If Clancy was alive, he’d probably protest about this second season the way Stephen King protested about The Shining movie. But it’s all good.