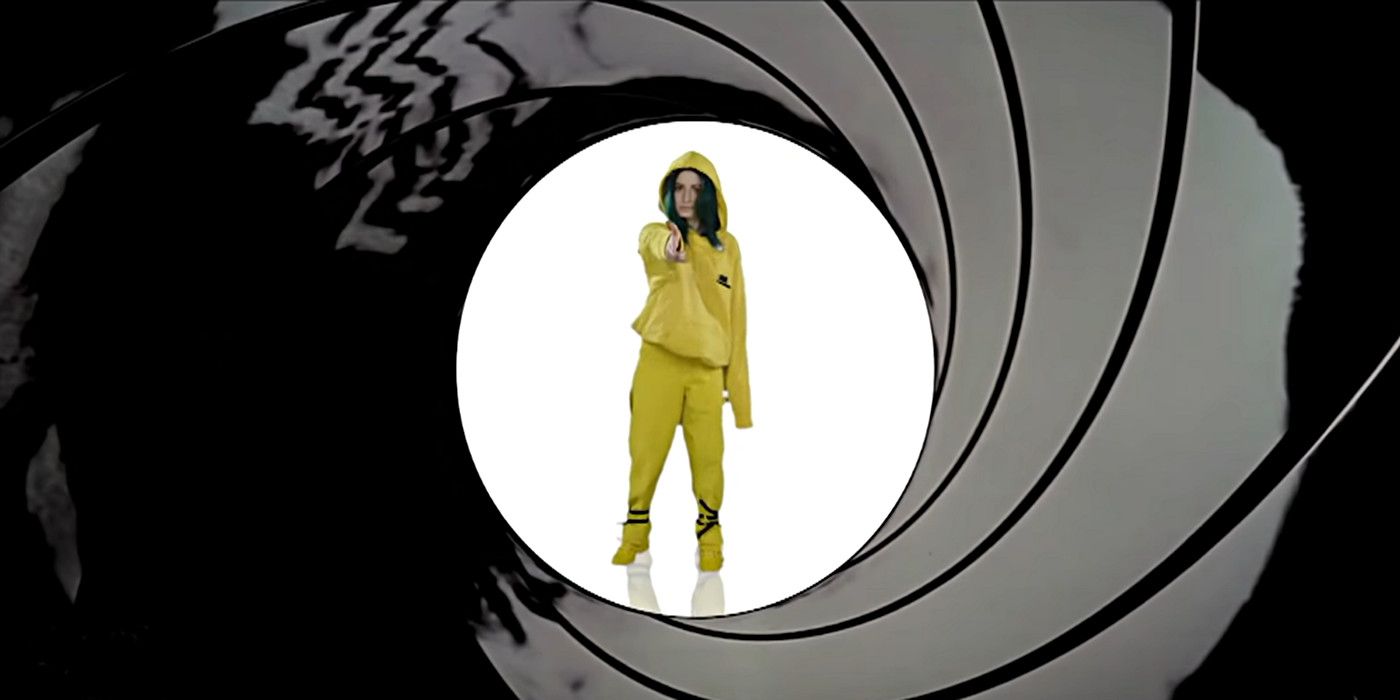 The new James Bond movie No Time to Die gets an unofficial theme song thanks to a parody version of Billie Eilish’s hit “Bad Guy.” The 25th film in the long-running Bond series, No Time to Die sees Daniel Craig returning for his fifth and final go-around as the iconic secret agent 007. This time, he’ll be joined by a Lashana Lynch as a female 00 agent and Oscar-winner Rami Malek as an enigmatic supervillain.

Of course, there will also be some familiar faces back for No Time to Die to maintain continuity with previous Bond films, including Naomie Harris as Moneypenny, Ralph Fiennes as M, Jeffrey Wright as Felix Leiter and Christoph Waltz as Blofeld. Hoping to the give the latest movie a more feminine spin after complaints of Bond being a little too retro in its attitudes, producers also hired Fleabag creator Phoebe Waller-Bridge to come aboard and work on the script. Though No Time to Die promises to give the Bond series a more feminine touch, producer Barbara Broccoli recently made it clear that James Bond will in fact never be played by a woman.

Related: The Next James Bond Is Definitely NOT A Woman

Though Bond will never be a woman, plenty of women have obviously performed theme songs for the series over the years, including Shirley Bassey, Carly Simon, Sheena Easton, Madonna and Adele. Recently it was revealed that pop star Eilish will be the latest woman to compose a Bond theme song (together with her brother Finneas O’Connell), joining that illustrious list of Bond theme performers. In honor of Eilish’s contribution to Bond history, The Late Show released a parody video based on Eilish’s hit “Bad Guy” that absolutely is nothing like what the singer’s real Bond song will eventually be. See the video in the space below:

Entitled “Bond Guy,” the parody song pretty much nails the essence of Bond with the line “Get drunk, have sex and shoot a gun. Being James Bond sounds fun.” The visuals for the clip also find a nice mash-up point between the playfully colorful look of Eilish’s “Bad Guy” video and the familiar aesthetic of Bond title sequences. In truth, the song is a little lacking in lushness to be a real Bond theme, though it is an amusing spoof.

It remains to be seen what Eilish will actually cook up for a Bond theme, but there’s no doubt the pop star is a major artist after the success of her album When We Fall Asleep, Where Do We Go?, so whatever she does will likely be amazing. As for No Time to Die itself, it will be fascinating to see how the movie tweaks the Bond formula as the series continues to evolve – or at least tries to evolve – as it enters its sixth decade.

Dan Zinski is a freelance writer currently contributing to Screen Rant on a regular basis. His previous endeavors include writing on sports, general pop culture, celebrity gossip and various other forms of mindless distraction. To date he has left approximately 100 unfinished screenplays in his wake, the majority of which have thankfully been deleted entirely from our plane of existence. He currently resides wherever his head happens to lie. His hobbies include eating Doritos, playing Atari games, avoiding eye contact and drinking excessive amounts of coffee. His favorite actors include Greta Garbo, Humphrey Bogart, Robert Mitchum, Cate Blanchett, Groucho Marx and Richard Burton. His all-time favorite movie critics are Pauline Kael, Manny Farber and of course himself. He regards Rogue One as one of history’s great travesties.

18 Lightweight Moisturizers for Hot Summer Days
Superman: Henry Cavill Has Been Tempted To Troll Fans Online
What Goes Into Making A Great & Memorable Horror Film?
How to Watch Hamilton On Disney+ This Weekend
Agents of S.H.I.E.L.D. Season 7 Episode 6 Review: Adapt or Die