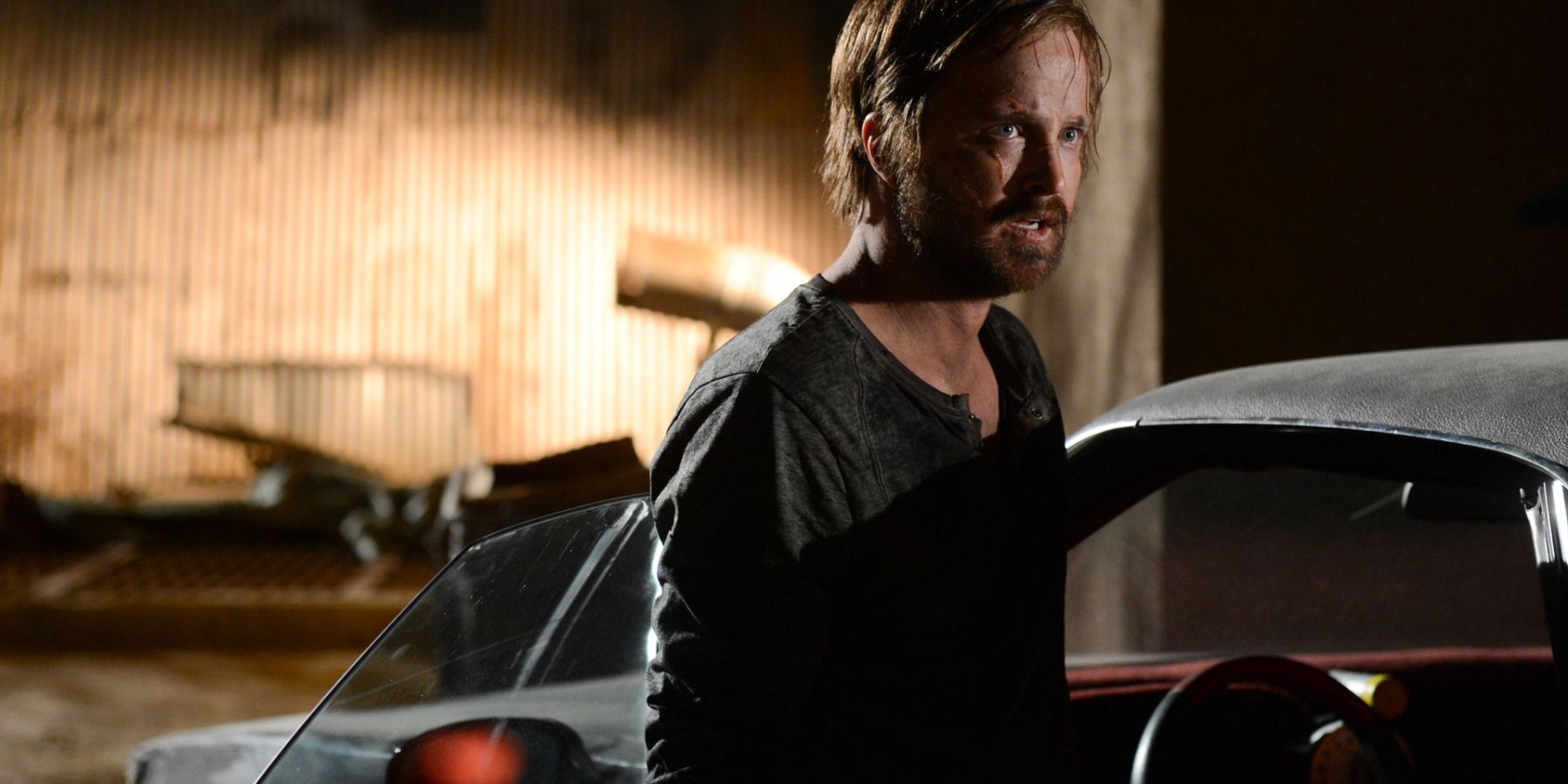 A new behind-the-scenes photo for El Camino: A Breaking Bad Movie has been released, unsurprisingly depicting Jesse Pinkman as a little worse for wear. Created by Vince Gilligan, Breaking Bad followed the journey of Walter White (Bryan Cranston) as he transitioned from a mild-mannered high school teacher into the criminal kingpin known as Heisenberg. The character recruited Jesse Pinkman, a former student, to assist him in building a multinational drug empire. Played by Aaron Paul, Jesse was supposed to be killed off in season 1. The writers, however, had a change of heart. The move went on to pay dividends – with Jesse going on to largely be considered the heart of the show.

Breaking Bad aired for a total of five seasons. Across that run, it garnered a number of awards – with Paul himself winning three Emmys for Best Supporting Actor. In the wake of the show’s conclusion, a prequel centered on “criminal” lawyer Saul Goodman was rapidly greenlit. Better Call Saul debuted in 2015 to similar acclaim and awards recognition. Inching closer and closer to the start of the Breaking Bad timeline, the spinoff has already aired four seasons. A fifth was previously confirmed for 2020. Regardless, many have hungered for more from that world and a true sequel. As such, fans were overjoyed when an official, Jesse Pinkman-centric follow-up was confirmed earlier in the year. The first official teaser for the feature-length installment soon followed.

Despite that, and the fact the movie will see Jesse on the run from both sides of the law, details have remained firmly under wraps. The marketing had even neglected to even offer fans a glimpse of Jesse himself. Until now, that is. Posted on Twitter by Netflix’s own See What’s Next account, a new behind-the-scenes shot features Paul on-set and in character as Jesse. Based on his attire and general unkempt demeanor, it would appear that the movie’s events do indeed pick up almost immediately after Jesse’s dramatic escape in Breaking Bad‘s series finale. Gilligan, who returned to write and direct the movie, is also present. Check out the full post below:

Fellow Breaking Bad alum Matt Jones is confirmed to be returning as Jesse’s friend, Badger. The third part of that trio, Charles Baker, was previously seen reprising his role of Skinny Pete in the film’s trailer. Alongside them, it’s been reported that at least 10 characters from the original show will be featured in the latest story. Paul himself will also next be seen prominently in Westworld season 3. Playing a man named Caleb, he was revealed in the season 3 trailer to be a construction worker who dabbles in criminal heists.

Fans, however, will no doubt remain most eager to see him return to the role of Jesse Pinkman. Ragged and disheveled is not a new look for the character, who suffered a great deal across the show’s run. He was manipulated, emotionally abused, and beaten by both criminals and officers of the law. And much more besides. Ultimately, he was held captive and tortured by a neo-Nazi gang who forced him to maintain on their behalf the empire they stole from Walt. Based on the image, the character’s tough times, unsurprisingly, look set to continue in the film – which will also receive a short theatrical release. Although the character seems to have traded up from a cold, empty cell to a room with an actual bed and pictures on the wall, it still remains a far cry from the outright happy ending and sense of peace that many hope Jesse eventually finds.