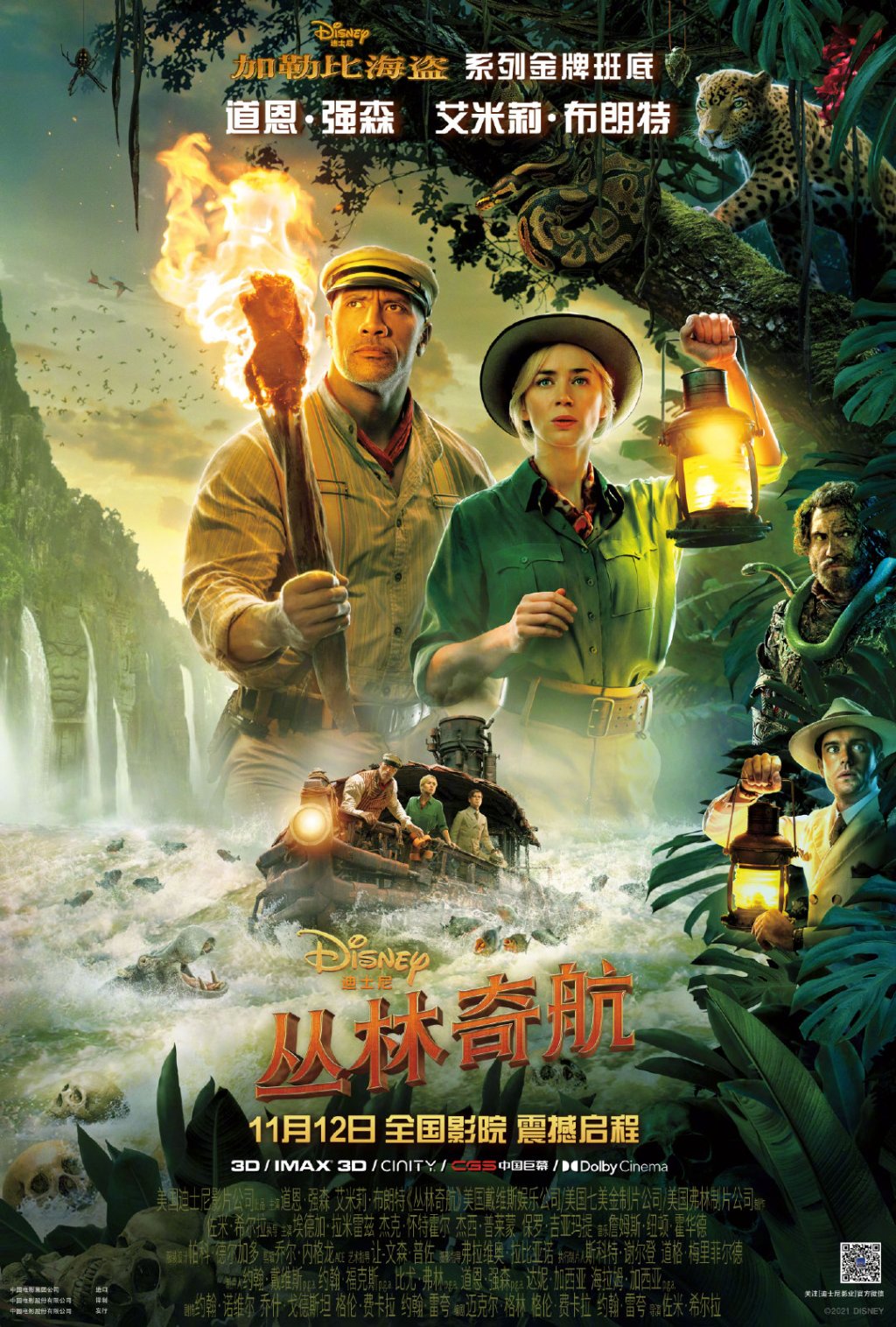 China has dated a trio of studio movies for the early part of November, just as MGM/Eon/Universal’s No Time To Die bows today and with Warner Bros/Legendary’s Dune having opened last weekend. Notably, Disney’s Jungle Cruise will sail into the massive market on November 12. Before that, Paramount’s Snake Eyes: G.I. Joe Origins rolls in on November 5 along with Sony Pictures Animation’s Vivo. The studios’ official Weibo accounts shared the dates.

The latter film, a musical directed by Kirk DeMicco, co-directed by Brandon Jeffords and with new songs written and performed by Lin-Manuel Miranda, has been available on Netflix since August 6 after the streamer licensed all global rights, sans China, from Sony. It’s carrying an early 6.5 on reviews site Douban.

Snake Eyes, likewise, is already available online elsewhere and has an early 4.3 on Douban. The Henry Golding-starrer began offshore rollout in July and has grossed $37M to date worldwide.

Meanwhile, Jungle Cruise, which has an early 6.4 on Douban, is the latest picture from Disney to secure a China release. Its 20th Century Studios title Free Guy was the first Hollywood movie to hit the market after the summer blackout and performed well with just under $95M.

Dwayne Johnson is a huge star in China and has excelled there in the past, although Jungle Cruise’s release date comes about three and a half months after its initial global rollout — and it’s been on Disney Plus Premium for much of that time. Still, that Disney was given two weeks notice ahead of the date is better advance than its other pandemic-era releases. The current global box office is $214M global.

Further Disney titles are still waiting for a green light from the Chinese authorities, but it’s highly unlikely Black Widow or Shang-Chi And The Legend Of The Ten Rings ever get a date. As for The Eternals, we hear there is still no word.

Another title that’s still waiting for news is Sony’s Venom: Let There Be Carnage. The original 2018 film did a mouth-watering $269M in China.

‘Last Tango In Paris’ Making Of Series Based On Marlon Brando Film In The Works At CBS Studios & Stampede Ventures
Bret Michaels’ Doppelgänger on Clash of the Cover Bands Will Make Your Jaw Drop
GWAR Helps Fan Find Missing Prosthetic Leg During Concert
Nicole Scherzinger Finally Performing on ‘The Masked Singer’ in Duet
‘Encanto’ Chimes In With $70M Global Bow; ‘No Time To Die’ Overtakes ‘Spectre’ In UK, Now Market’s No. 3 Movie Ever – International Box Office