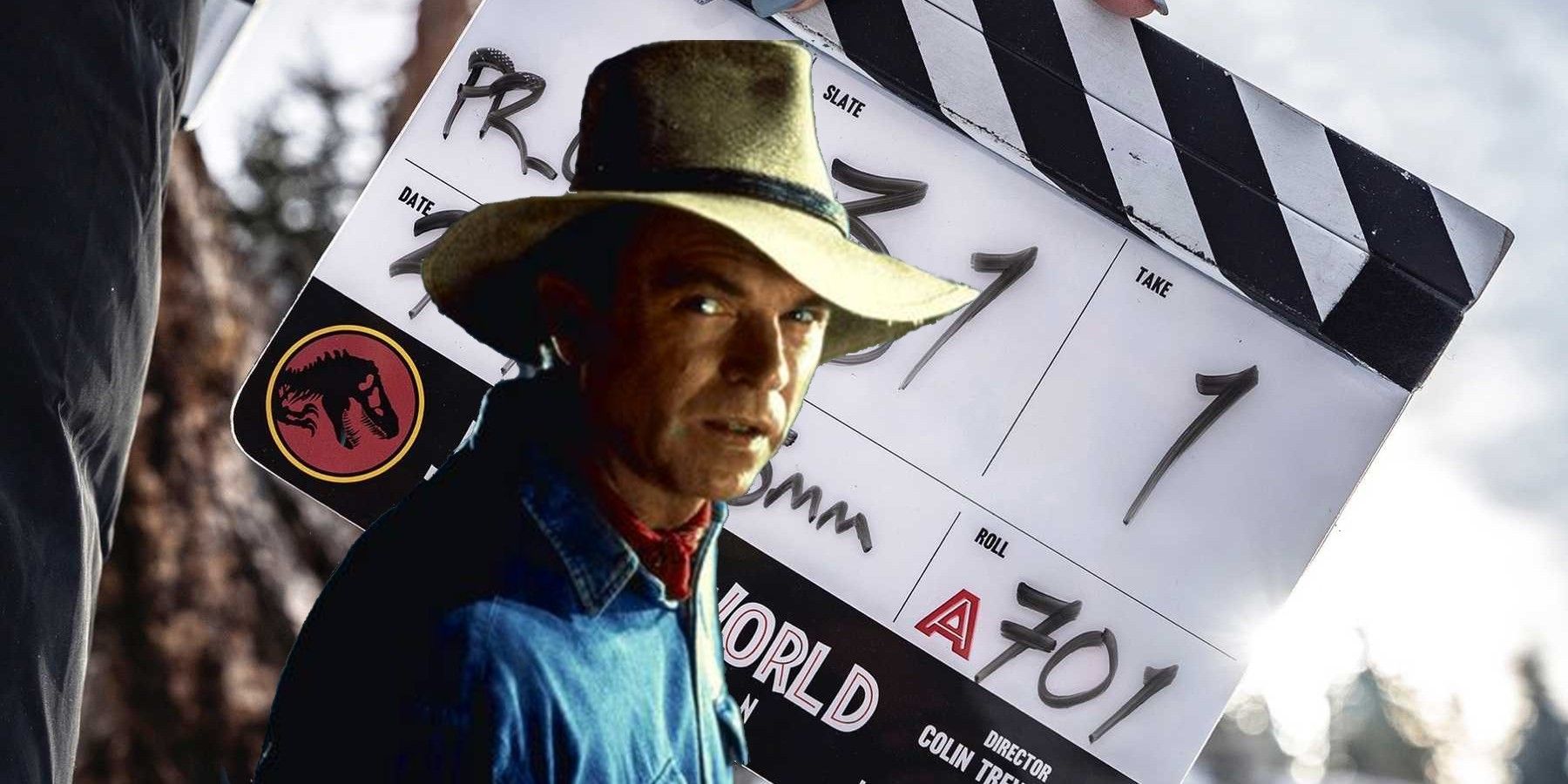 Jurassic World: Dominion star Sam Neill hopes production can resume soon, though he’s still unsure about when it actually will. Much like most ongoing film and television productions, filming on the third and final Jurassic World film was shut down in mid-March, not long after it actually began. This is because of the ongoing coronavirus pandemic, which has brought several industries to a halt as people work to stop further spread. The list of delayed productions has become quite long, with films like The Batman, Shang-Chi and the Legend of the Ten Rings, and The Matrix 4 currently awaiting permission to begin again.

There have been signs in recent weeks that productions will be able to resume in certain countries. For example, the Czech Republic has begun to open up, which would allow the Marvel series The Falcon and the Winter Soldier to get back to work. However, even in the those countries, there’s a hesitance to jump right back in. With the UK gradually opening back up, The Batman could hypothetically begin soon, but it will remain shut down for the time being. There’s still a great deal of uncertainty about when these big tentpoles will finally pick back up.

Related: Jurassic World 3 Fans Can Win A Chance To Be Eaten By A Dinosaur

In the case of Jurassic World: Dominion, Neill is just as confused as the rest of the world. While speaking to the Australian radio show Fitzy & Wippa, Neill revealed Jurassic World: Dominion had only been filming for two weeks ahead of the shutdown, and that he hadn’t even begun his scenes. “I was waiting in London for my stuff to start and then it became apparent it was going to close down in a day or two,” Neill said. He then went on to say this:

We’ll start as soon as we can. We’re supposed to be in London but it’s a complete mess at the moment… I’d like to think that maybe we could start or restart in this part of the world and then finish off in the studio. We’re using the Bond stage to build these enormous sets in London. They’d like to use those, ideally, but if nothing’s happening there, I don’t know when we can get started.

Neill will once again reprise his Jurassic Park role of Dr. Alan Grant for the film, and he’ll be joined by fellow Jurassic Park stars Laura Dern and Jeff Goldblum. Fans are certainly eager to see where Jurassic World: Dominion will take the long-running franchise, especially since dinosaurs have escaped the park and are now out in the world. Director Colin Trevorrow has kept most details close to the vest, though he did seem to tease that some dinosaurs will be found in the snow.