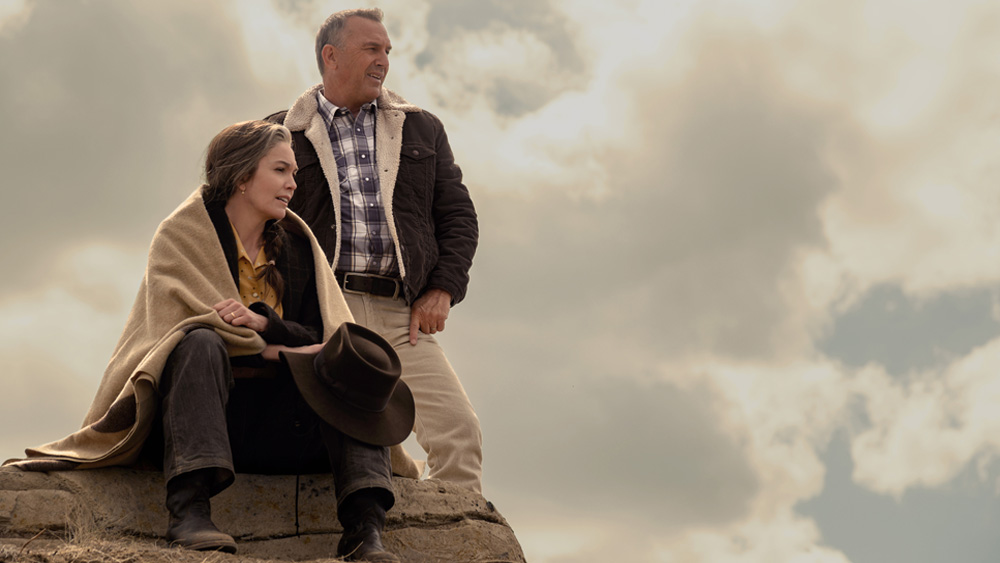 Directed and written by Thomas Bezucha, the suspense thriller is based on Larry Watson’s popular 2013 novel of the same name. The story follows retired sheriff George Blackledge (Costner) and his wife Margaret (Diane Lane) after they lose their son. They leave their Montana ranch to rescue their young grandson from the clutches of a dangerous family living off the grid in the Dakotas, headed by matriarch Blanche Weboy (Lesley Manville). When they discover the Weboys have no intention of letting the child go, George and Margaret are left with no choice but to fight for their family.

Pete Hammond said in his Deadline review: “The deliberately paced film works on several levels as a portrait of a comfortable but loving marriage marred by a seismic event, to the quiet determination to honor their son’s memory by rescuing their grandson and his mother who knows she has gotten in over her head but (rightly) fears major repercussions if she tries to leave.”

He adds, “At its center, Costner and Lane are all-pro playing a couple who communicate with few words, but have a strong relationship that can withstand just about anything it seems.”

The film made its world premiere in 2019 at the Toronto International Film Festival and hit the festival circuit which included the San Sebastian Film Festival where it was honored with the Special Jury Prize. Proxima follows Sarah (Green), a French astronaut, and only woman, training at the European Space Agency in Cologne. She lives alone with Stella, her seven-year-old daughter and feels guilty that she cannot spend more time with her child. When Sarah is chosen to be part of the crew of a year-long space mission called Proxima (hence the title), the mother-daughter relationship becomes intensely strained. Sarah now has to prepare to leave both her planet and her daughter behind. Matt Dillon also stars.

When Winocour visited Deadline’s studio at TIFF, she said she had been fascinated with space as a kid. This film has been on her mind for years and when she discovered this world, “it really swallowed me up.”

She added, “[For] astronauts, most of their life is spent preparing, and sometimes then they don’t leave,” she added. “I wanted to explore [this] world, but then I realized that what drives me to it is something really intimate. Here, I had this desire to explore this complex relationship between a mother and a daughter.”

The film landed at Vertical Entertainment in October and it will be available on digital and VOD platforms starting today. Watch the trailer below

IFC Midnight will inject some terror into 50 theaters and on VOD and digital this weekend with Kindred.

Directed by Joe Marcantonio, who co-wrote it with Jason McColgan, Kindred follows mother-to-be Charlotte (Tamara Lawrance) who finds out that her boyfriend Ben has died in an accident. She passes out upon hearing the news and wakes up in Ben’s family old, crumbling home with his overbearing mother Margaret (Fiona Shaw) and her controlling stepson Thomas (Jack Lowden). The two of them are oddly obsessed with watching Charlotte’s every move as they take care of her as she awaits the arrival of her baby.

Grief-stricken and increasingly haunted by visions possibly brought on by the pregnancy, Charlotte is open to their help but as time passes and her terrifying visions intensify, she begins to doubt the family’s intentions and her suspicions grow that they may be trying to control her and her unborn baby.

Charlie Hunnam (Sons of Anarchy) and Jack O’Connell (Unbroken) are ready to rumble in Jungleland. Paramount is set to release the sibling drama in 277 theaters today and VOD and digital on November 10.

Directed and co-written by Max Winkler (Flower), Jungleland premiered at TIFF in 2019. The film is essentially a love story between two brothers whose bond is tested as they hustle to take their slice of the American Dream. Stan (Hunnam) and Lion (O’Connell) are struggling to stay relevant in the underground world of bare-knuckle boxing. When Stan fails to pay back a dangerous crime boss (Jonathan Majors), they’re forced to deliver an unexpected traveler (Jessica Barden) as they journey across the country for a high-stakes fighting tournament.

While Stan trains Lion for the fight of his life, a series of events threaten to tear the brothers apart, but their love for one another and belief in a better life keep them going in this gripping drama that proves family pulls no punches.

When Winkler stopped by the Deadline’s TIFF studio last year to talk about the film he said he had always wanted to write an unconventional love story about brothers.

“It’s sort of like the male dramas of American film in the ’70s,” he said, referencing pics like Bob Rafelson movies like The King of Marvin Gardens and Five Easy Pieces and Hal Ashby’s The Last Detail.

“I love Paul Newman in Hud,” he continued. “I just loved these movies about masculinity, and how we mask our true emotion with these sort of faux facades of toughness, and that, paired with how much I love John Steinbeck’s Of Mice and Men, was the early starting point for me, when I started writing this. I knew I wanted to make a movie about toxic masculinity and brotherhood, [because] this type of love story is not something you see a lot. We sent it to Charlie with our fingers crossed, and it was then that we really started kicking in gear.”

Directed by Andrea Di Stefano, who co-wrote the screenplay with Matt Cook and Rowan Joffe, The Informer follows Pete Koslow (Joel Kinnaman), a former special operations soldier, who is working as an informant for the FBI to help dismantle the Polish mafia’s drug trade in New York. But when the FBI’s operation goes wrong, resulting in the death of an undercover NYPD cop, Pete is coerced into returning to Bale Hill, the prison he previously served time in for manslaughter, to take down the cartel from the inside. The Informer also stars Rosamund Pike, Common, Ana de Armas and Clive Owen.

Vertical Entertainment is set to release The Informer in 270 theaters and on VOD today.

Currently sitting at a 96% on Rotten Tomatoes, The Dark and the Wicked brings some horror to the mix this weekend with a story about a man slowly dying on a secluded farm — what more do you want in a horror movie?

Directed and written by Bryan Bertino, The Dark and the Wicked lives up to its name as a man fights for his final breaths as his wife slowly succumbs to overwhelming grief. To help their mother and say goodbye to their father, siblings Louise (Marin Ireland) and Michael (Michael Abbott Jr.) return to their family farm.

It doesn’t take long for them to see that something’s wrong with mom. She’s just not sad — it’s something a lot heavier. Gradually, as their own grief mounts, Louise and Michael begin suffering from a darkness similar to their mother’s, marked by waking nightmares and a growing sense that something evil is taking over their family.

Samuel Goldwyn Films invites us to go on a camping trip this weekend with the thriller Triggered.

Directed by Alastair Orr and written by David D. Jones, Triggered follows nine friends who are harboring a dark secret as they go camping in the woods. From the jump, we know that this is not going to end well.

After a wild night of partying the friends wake up with a surprise: suicide bombs strapped to their chests with varying times on their countdown clocks. They decide to work out how to disarm the bombs or find help – until they discover they can take one another’s time by killing each other.

Written by Preston Whitmore, True to the Game 2 is a follow up to the 2017 movie. The story picks up a year after the murder of drug dealer Quadir Richards, whose death carries consequences for all who knew him — especially his love interest Gena (Peeples). Separating herself from Philly’s dangerous scene, Gena has reinvented herself as a journalist, living and working in New York City.

Gena is sent on assignment to Los Angeles for a career-changing story but even though she is far from home, her life in Philly seems have followed her. Someone from Quadir’s circle has avenged his death with a hit on Jerrell’s (Fuller) crew members, reigniting another war between the two crews. Jerell is determined to get paid by any means necessary — and he’ll start with Gena.

Also opening this weekend in select theaters and on demand is the thriller Mortal from André Øvredal. The residents of a Norwegian town erupt after an American backpacker is arrested. Witnesses claim a teen died after touching the stranger, and that he inexplicably started a fire that engulfed a farm. He warns a psychologist that he has supernatural powers, and that anyone who gets too close to him dies. As everyone tries to figure out if he is a liar, a freak of nature or an angry god, they discover something beyond their beliefs.

Saturday Night Live cast member Andrew Dismukes writer-comedian Christina Parrish star as brother and sister in Call Me Brother which opens in virtual theaters this weekend. The sibling comedy directed by David Howe and written by Parrish follows a brother and sister reunited as adults after being traumatically separated during childhood.