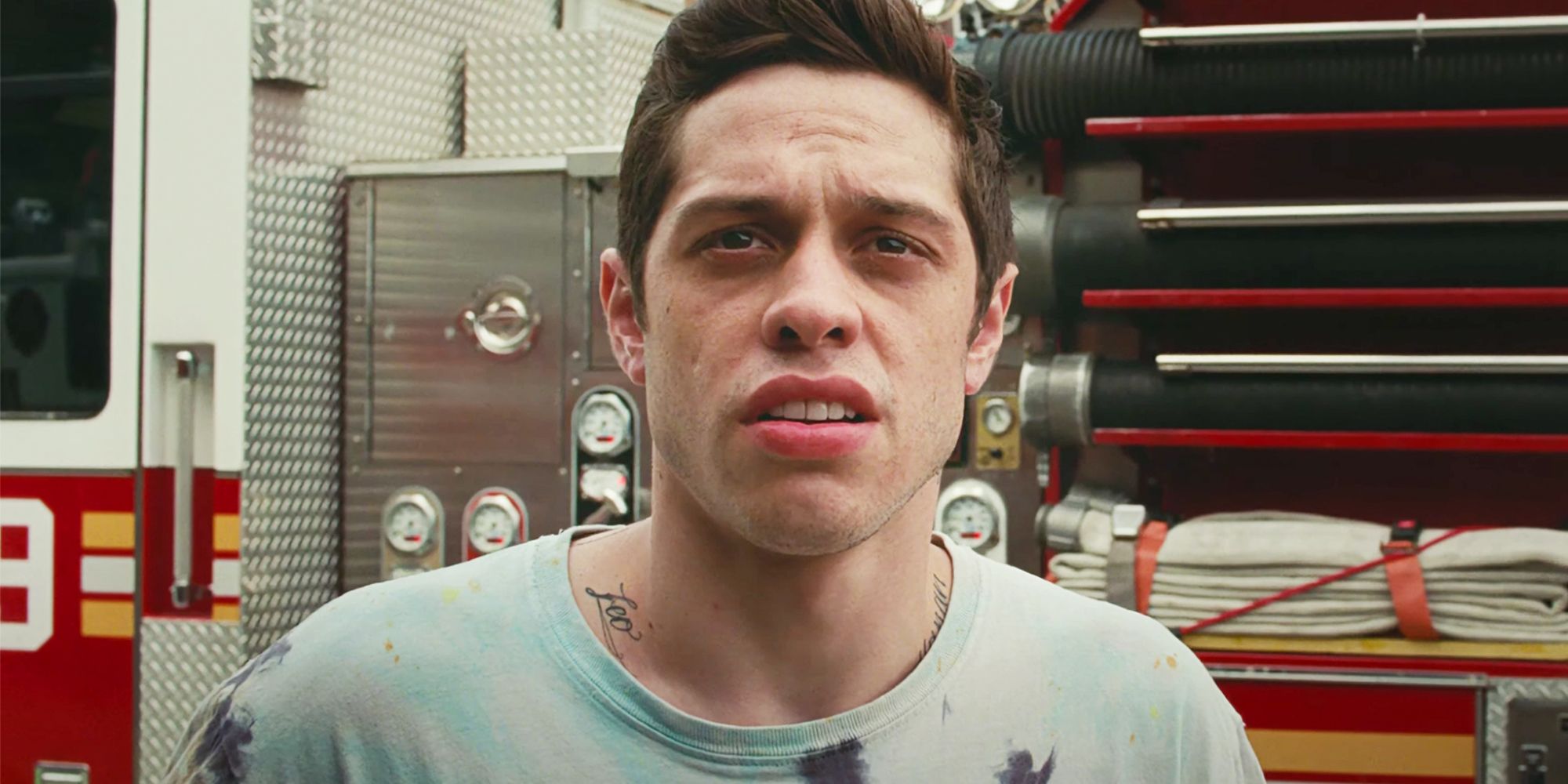 Pete Davidson’s character in The King Of Staten Island lost his firefighter father in a similar way to how the comedian’s real-life dad passed away. The movie focuses on Scott Carlin, a fictionalized version of Davidson who struggles to find direction in life while coming to terms with the loss of his firefighter father 17 years prior. The film’s story is based largely on Davidson’s real-life experiences, but diverges from the true story in many ways. One of the biggest parallels between the Judd Apatow-directed film and Davidson’s actual story is the loss of his father.

The popular comedian has been candid in both interviews and his stand-up specials about his father’s, Scott Matthew Davidson’s, untimely death. And while The King Of Staten Island – which skipped theaters and went straight to VOD services – incorporates much from Davidson’s real life, the firefighter dad storyline isn’t a truly accurate retelling of what happened to Scott Davidson.

Related: King Of Staten Island True Story: How Much Is Accurate To Pete Davidson’s Life

The real-life version of the character was indeed an NYC firefighter who passed away on September 11, 2001 in the attack on the World Trade Center. In The King of Staten Island, Scott’s dad, Stan Carlin, is said to have died in the “Paramount Hotel Fire” when Scott was much younger. And while the loss of Stan Carlin causes the fictional Scott Carlin to face many of the same issues as Pete Davidson, the details of Stan’s demise obviously differ drastically from actual events. Before his death, Scott Davidson worked at Ladder Company 118 in Brooklyn Heights‚ New York. He started his career in 1994‚ and was sent to the World Trade Center after the second hijacked plane struck the twin towers on September 11, 2001 – when Davidson was just seven years old. Scott Davidson was reportedly last seen entering the Marriott World Trade Center hotel to help trapped guests before the building was crushed by the collapsing towers.

Much of the The King Of Staten Island‘s story revolves around the lingering trauma created by the loss of Scott’s father, and mirrors the real-life struggles of its lead actor. The comedian has been open about his personal issues since losing his father, despite revealing in one of his early Comedy Central standup shows that he “was lucky it happened when [he] was seven” because at that age “you don’t understand things.” In the years since Scott Davidson’s passing, his son has revealed that he’s been visiting mental health facilities since the age of nine and that he tried to drown himself in a pool shortly after his father’s death.

These issues have followed the Saturday Night Live star into adulthood, where he’s had some public struggles with mental health and spoken about being diagnosed with borderline personality disorder. One of the most troubling public episodes happened in 2018 when the then 25-year-old posted a suicidal social media message saying he didn’t “want to be on this earth any more.” Luckily, the comedian, who has his father’s badge number, 8418, tattooed on his left arm, has been supported by his numerous friends and colleagues within the comedy and entertainment industry. But one of the most striking aspects of The King of Staten Island is how it imagines a version of Davidson who never becomes a successful comedian, thereby exploring how the troubled Staten Island-native might have dealt with losing his father without having established a successful entertainment career. While the details of Scott Carlin’s death differ from the real-life Scott Davidson’s, the emotions addressed in the film remain as real as anything else from Davidson’s tragic but inspiring real-life story.

Joe Roberts is a British writer and producer currently living in Los Angeles. He has a BA in American Studies from the University of Sussex, an NCTJ Diploma in Journalism, and has worked in national news, tech journalism, and documentary producing. Joe currently writes news and features for ScreenRant.