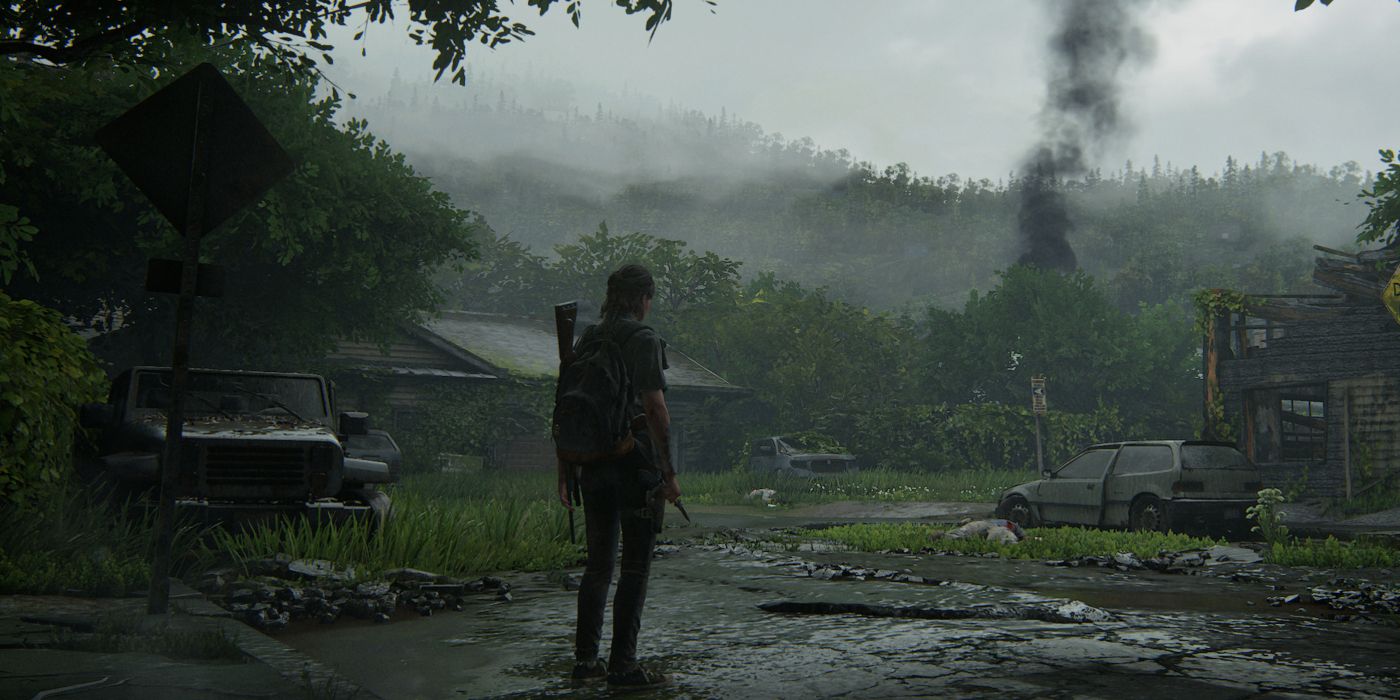 Though still not releasing until June 19, the contents of a day-one patch for The Last of Us Part II have allegedly already leaked, reportedly bringing a photo mode and more to the bleak revenge tale. What gameplay and story elements players have seen thus far (and many of them have seen much, much more than developer Naughty Dog intended) show that the post-apocalyptic sequel will be even more visceral in its violence and a graphical capstone for what’s possible on current-gen consoles, and players may capture the moment for posterity before jumping ship to the PlayStation 5.

Of course, many prospective players haven’t been concerned with The Last of Us Part II‘s inevitable day-one patch so much as they’ve been in a fluster over the game’s actual content after a massive leak supposedly exposed the unreleased game’s entire story. Beyond the game’s brutal depiction of violence bordering on gratuitous for its own sake rather than serving as a cautionary tale against perpetual revenge, fans of the first game were upset by the way protagonists Ellie and, particularly, Joel are treated in the leaked material. The backlash from the leaks (some of which was, of course, in bad faith and based in hate rather than genuine substance) grew so great that publisher Sony and Naughty pushed back the game’s release date a month and is began running extensive damage control to assuage put-off players.

Related: The Last Of Us Part II: Everything We Know So Far About The Upcoming Game

However, none of that is going to stop the The Last of Us Part II from selling like hot cakes, and those who adopt early will be met with a day-one update containing a few features that players didn’t previously know they’d be getting. According to the oddly named PlayStation Brahs, the patch notes for the game’s “1.01 version” have been leaked, which are rumored to add a “photo mode,” “concept art gallery,” and “model viewer,” according to an unnamed source. As with any day-one patch worth its salt, the purported update will also introduce further bug fixes and polish, as well as “additional accessibility options.”

Although the source is unidentified and uncorroborated, the above additions don’t sound very uncommon for what’s ordinary for the standard AAA fare, especially when considering that Naughty Dog was given an extra month of development time despite the game already being completed. Really, it’s almost hard to imagine a Sony-published third-person action game not shipping with a photo mode by this point, and the free camera control feature’s always a great way to capture in-game moments both candid and laughably unintended. A concept art gallery would simply be icing on the blood-soaked, spore-dusted cake, while a character model museum sounds almost too good to be true without quite stepping out of the realm of possibility (again, the product should have shipped a month ago).

With the high technical draw The Last of Us Part II reportedly puts on the PS4 Pro, giving one’s beleaguered console a break to look more closely at the broken world and complex characters and enemies that Naughty Dog has painstakingly crafted using a photo mode sounds like a great way to appreciate the Clicker-infested world. No matter in which state the polarizing game ships this June 19, there’s no questioning that the best way to play The Last of Us Part II likely isn’t much further off.

Next: Why The Last of Us 2 Spoilers Are Making Fans Very Upset

Phillip Tinner is a member of the Screen Rant gaming news team, and he has written about all things film, TV, and gaming for the site since 2018. Phillip has a B.A. in History from Texas A&M University and is fascinated by the many areas where the virtual and real worlds meet. A Texas native, he’s likely to be found enjoying a Shiner Bock or devouring Tex-Mex – often both at the same time! Mostly, though, he just plays and writes about video games.

He hopes readers enjoy his content as much as he does researching and producing it. Publishers, creators, and readers alike can reach him anytime on Twitter @PhilKimTin, or they can do so in a slightly less fun capacity via LinkedIn.