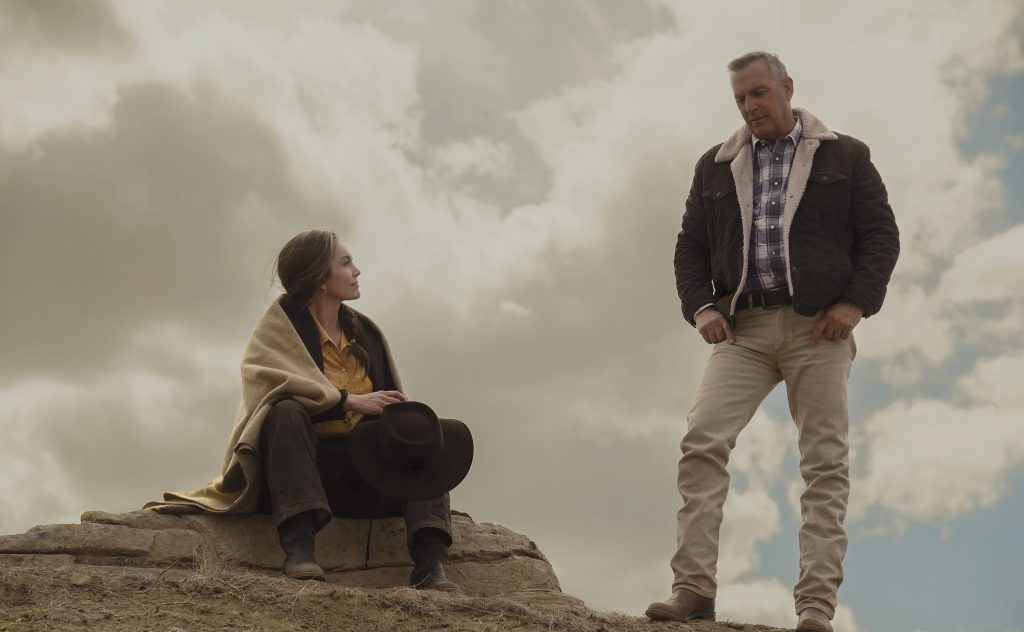 It’s not common for a studio specialty label to lead the weekend box office two weeks in a row, but that’s the anomaly of pandemic times and here we have Focus Features’ taking No. 1 again after last weekend’s Amblin horror film Come Play, with the Kevin Costner–Diane Lane crime thriller Let Him Go with $1.47M yesterday (including $150K Thursday previews) on its way to an estimated $4.3M 3-day at 2,454 locations.

Also, on a technicality given the low threshold in the broken down marketplace, Let Him Go reps the first No. 1 weekend box office win arguably for a Costner starring vehicle since his 1999 romance Message in a Bottle which grossed $18.8M over the 4-day Presidents Day holiday. Let Him Go can also be pinned as Lane’s first No. 1 opening ever for a film sold around her — in all instances we’re not counting either star’s ensemble work on the DC movies like Batman v. Superman, Man of Steel, etc. nor for Lane such event pics in which she starred, i.e. 2008’s Jumper and 2000’s George Clooney-Mark Wahlberg combo Perfect Storm.

Still at those opening levels, it’s clear that a multitude of money isn’t being spent on P&A (and that’s not on Focus, that’s distributor putting out a wide release in this distressed environment), and Let Him Go is another truncated theatrical release/PVOD share title in the Universal-AMC deal. It’s crazy, and sad, when you think that it was roughly a year ago when Focus saw a record opening at the box office with the feature version of Downton Abbey which debuted to $31M at 3,079 theaters. That movie was also an exception at the B.O.; a TV-driven franchise title, which could have easily gone to streaming, but opted to mint it out at theaters grossing $193.8M WW and $88M in studio profit after all ancillaries. Any finance suit at any studio who is drinking the juice that PVOD and streaming are going to save the movie business alone in the future, should wrap their head around that theatrical success.

What’s interesting here with Let Him Go, is that Focus has gone out with a movie geared at older adult audiences, which have statistically been one of those demographics known to be slow to return to the cinema during the pandemic. However, you don’t know if people will come unless you release a movie (and, yes, spend greatly to promote it). In this case last night, Comscore/Screen Engine PostTrak showed this pic’s small turnout at 43% over 45 years old and 85% over 25. Critics weren’t entirely cold on this movie about a retired sheriff and his wife, who grieving over the death of their son, set out to find their only grandson, giving it a 74% fresh on Rotten Tomatoes. PostTrak audiences, which skewed female at 52%, gave it an 82% positivity with a 50% recommend. CinemaScore audiences weren’t entirely saddled up giving Let Him Go a B-. The South was the most notable market for Let Him Go with top grossing cities being Los Angeles/Orange County, Dallas, Houston, Phoenix, Tampa, Orlando, Sacramento and San Diego.

RelishMix points out that those youngins on social media were keen to call out that Let Him Go stars Superman’s Earth mother and father, but that’s not how this western was marketed, and with an adult release like this, you’re not going to pull out all the stunts one would on a genre film. Let Him Go‘s entailed a straightforward trailer drop ten weeks ago, plus a behind-the-scenes featurette on Facebook of Lane and Costner discussing their rehearsal process. Costner is pushing the movie to his 2.3M followers on his Twitter, Instagram and Facebook feeds where he’s sharing movie materials and reviews.

The rest of the top 5 weekend box office, sans Warner Bros.’ Tenet, in a nation where New York City, LA movie theaters, and largely No. 2 circuit Regal, are still closed: