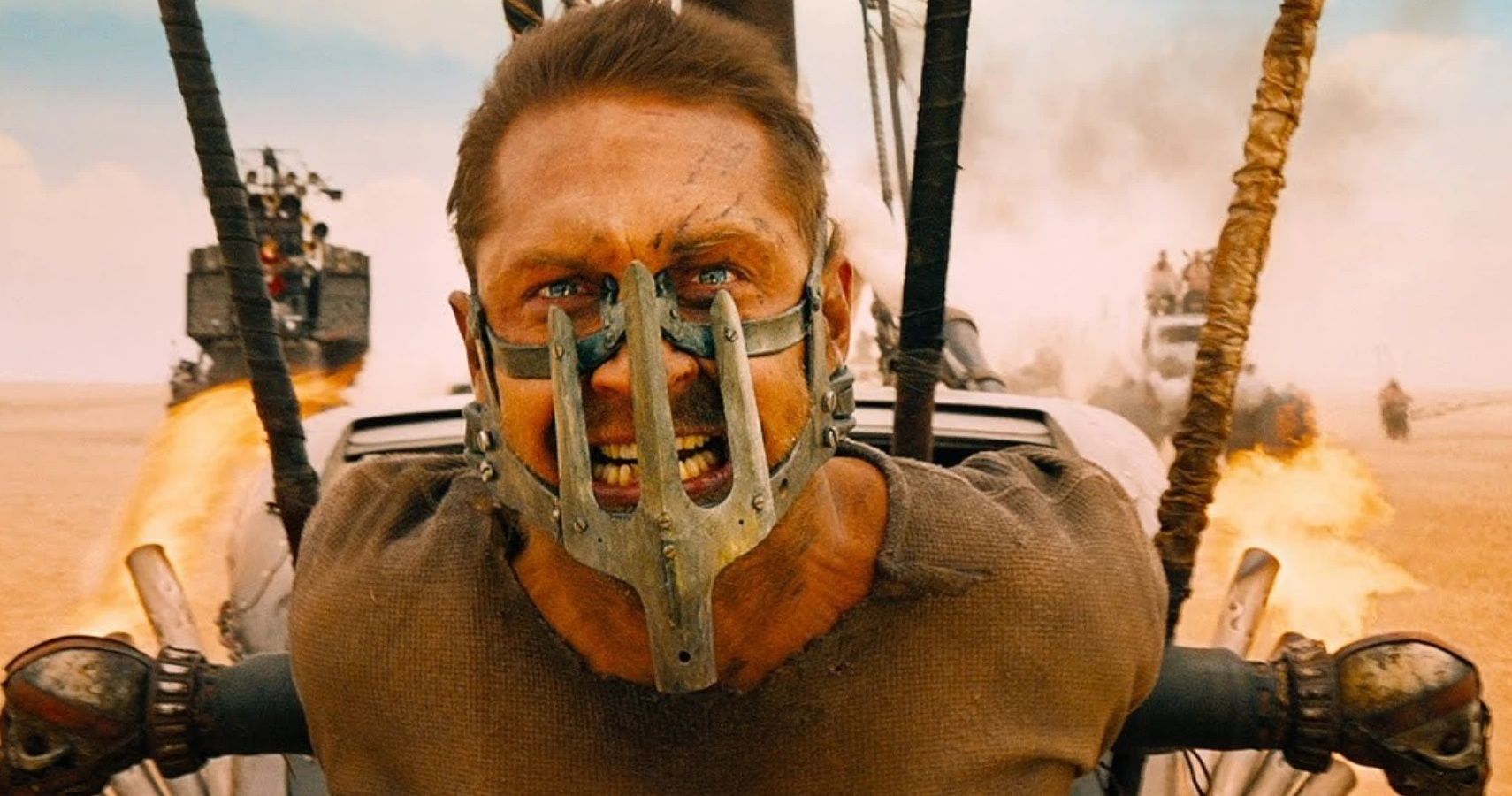 In the summer of 2015, after more than a decade stuck in development hell, Mad Max: Fury Road finally thundered into multiplexes across the world and wowed audiences with its breathtaking practical stunt work and masterful visual storytelling. It was praised by critics as one of the greatest action movies ever made, and there were immediate rumblings about a possible follow-up.

RELATED: 5 Movies That We’re Glad Escaped From Development Hell (& 5 That Should’ve Stayed There)

George Miller has a script ready to go for the next installment in the Mad Max franchise. So, here are 5 things that have been confirmed about Mad Max 5, and 5 reasons why we need to see it when it comes out.

Updated on June 7th, 2020 by Ben Sherlock: As we’ve come to the end of another decade, film fans have been evaluating the best films of the decade. It’s a pretty universal opinion that Mad Max: Fury Road is one of the best action movies of the 2010s – maybe the best, although it’s rivaled by John Wick and The Raid – so fans are still excited about Mad Max 5. More news has been coming out about the long-delayed sequel, so we’ve updated this list with a few new entries.

15 WHY WE NEED TO SEE IT: It’ll Be Totally Different From Fury Road

One might assume, after the tremendous success of Fury Road, that George Miller would want to play it safe and emulate what worked about that movie when he makes Mad Max 5.

But according to Miller, Mad Max 5 will be completely different. The fifth movie will be “strong, visually,” but it will also be “almost the opposite of Fury Road,” which is certainly intriguing.

14 CONFIRMED: It’s One Of Three Mad Max Films In Development

The fifth installment in the mainline Mad Max franchise isn’t the only Mad Max movie in development. George Miller is also working on a sixth film about Max, as well as spin-off about Furiosa that is unrelated to the story of Max.

The director reportedly wants to start shooting the Furiosa prequel in 2021, coronavirus permitting. He’s been holding auditions via Skype, and Anya Taylor-Joy has auditioned for the role of a younger version of Furiosa.

13 WHY WE NEED TO SEE IT: There’s A Serious Lack Of Practical Effects In Action Cinema

In the age of CGI effects, very few action filmmakers are going to the trouble of putting together practical stunt work. If you can just bring action scenes to life with computer-generated effects, why bother staging intricate sequences with actual stunt performers?

George Miller is one of the only action directors who actually stages his action set pieces right in front of the camera. His action really comes to life, and we need to see more of it.

In late 2017, George Miller’s production company filed a lawsuit against Warner Bros., claiming that the studio was holding out on a $7 million bonus that was owed for completing Fury Road under budget. Unsurprisingly, this lawsuit has delayed production of a Mad Max sequel, as companies that are on opposite sides of an ongoing lawsuit rarely tend to work together.

Still, Miller has continually affirmed in the press that he is committed to getting more Mad Max movies made and charging ahead with the franchise, despite a number of reports to the contrary.

11 WHY WE NEED TO SEE IT: We Need To See More Of Tom Hardy’s Max

It’s tough to replace an actor in one of their most iconic roles, but Tom Hardy – with just a few lines of dialogue – managed to make his brooding portrayal of Max Rockatansky stand out next to Mel Gibson’s original performance.

He took sort of a backseat in Fury Road as more of a supporting character to Furiosa. It’ll be interesting to see Hardy’s portrayal of the character expanded in a sequel.

10 CONFIRMED: The Working Title Is Mad Max: The Wasteland

The next Mad Max movie has been going by the title Mad Max: The Wasteland, although it’s been confirmed that this is just a working title and it’ll be changed before the movie hits theaters.

As far as working titles go, The Wasteland is pretty cool. George Miller could leave it at that and still attract moviegoers. It hints that, while Fury Road took place on the titular road, the next movie could take us into a dangerous post-apocalyptic wasteland, leaving Max stranded in the weeds.

9 WHY WE NEED TO SEE IT: Fury Road Was A Modern Action Masterpiece

With its sparing use of CGI and reliance on practical stunt work to bring its set pieces to life, Mad Max: Fury Road was one of the most visceral and well-crafted action movies in recent memory. CG-ridden fare like the Fast & Furious franchise simply doesn’t compare to the palpable intensity of Fury Road’s action sequences.

If George Miller gets the chance to make Mad Max: The Wasteland, he will undoubtedly utilize just as many practical effects and deliver action scenes that are just as magnificent.

Tom Hardy’s contract for Mad Max: Fury Road signed him on for three additional sequels. So, after The Wasteland eventually gets made, we could see Hardy reprise his role as Max in two more movies.

On the horizon before he stars in a new Mad Max movie, Hardy is slated to star in Venom 2; Fonzo, a biopic about the later years of Al Capone; and War Party, an action-adventure drama about Navy SEALs written and directed by Andrew Dominik.

7 WHY WE NEED TO SEE IT: Fury Road Wasn’t Really About Max

After Mel Gibson played the character in three movies, the role of Max Rockatansky was given to Tom Hardy. His soft-spoken take on the character was compelling in Fury Road – saying more without words than he could with words – but since Furiosa was really the protagonist of the story, Max was more of a background character.

In Mad Max: The Wasteland, Max is set to take center stage. This will give Hardy a chance to really shine in the role in the way he didn’t get the chance to in Fury Road.

6 CONFIRMED: The Script Was Written During Fury Road’s Writing Process

Since Mad Max: Fury Road was marred with more than a decade of delays, George Miller and his co-writer Brendan McCarthy had enough time to flesh out backstories for both Max and Furiosa. These backstories led the duo to write an additional two screenplays while they were gathering the funding to produce Fury Road.

Max’s unexplored backstory became Mad Max: The Wasteland and Furiosa’s backstory was turned into a script called Mad Max: Furiosa, that Miller will reportedly pursue after he makes The Wasteland.

5 WHY WE NEED TO SEE IT: George Miller’s Vision Is Spectacular

The world of Mad Max has been ripped straight from the mind of George Miller. He’s one of the finest auteurs working in the action genre today, and the Mad Max franchise is his baby. Few action directors have Miller’s dedication to his craft, and even fewer have his vision.

After a number of disappointing duds, action cinema needs Warner Bros. to give George Miller another nine-figure budget and let him turn it into an action-packed sight to behold.

Although details on the plot of Mad Max: The Wasteland are scarce, it has been reported that the film will be a prequel set one year before the beginning of Mad Max: Fury Road.

Apparently, the tone of the film is very bleak. Where Fury Road was very bright and colorful, with every frame bursting at the seams with vibrant visuals, The Wasteland will reportedly be very grim and dreary. It sounds like the design of this one could be closer to something like The Road than previous Mad Max films.

3 WHY WE NEED TO SEE IT: It Can Expand The Franchise’s Worldbuilding

The Mad Max franchise isn’t as renowned for its intricate worldbuilding as, say, The Lord of the Rings or Star Trek. But its movies do take place in a fascinating vision of a post-apocalyptic future.

Each movie in the franchise has explored new corners of this fictional universe, and Mad Max: The Wasteland presents an opportunity to expand its worldbuilding even more.

When Mad Max: Fury Road hit theaters, Charlize Theron’s Furiosa quickly emerged as a fan-favorite character. If anything, she was the true lead character of the film, and Max just went along for the ride. Theron has said that she’d love to return to the role of Furiosa in a future film, but the character isn’t slated to appear in The Wasteland, since it’s set a year before Max met Furiosa in Fury Road.

Instead, another Mad Max movie – aptly titled Mad Max: Furiosa – will explore her backstory. There have been discussions of doing Mad Max: Furiosa in anime form (although this version of the project appears to have been abandoned).

1 WHY WE NEED TO SEE IT: It’s Not Just A Shameless Cash-Grab

The main reason we need to see Mad Max: The Wasteland is that George Miller genuinely has a story to tell. It’s not just a shameless cash-grab by studio executives desperate to show quarterly growth in response to the predecessor doing well at the box office.

This is how we end up with the worst sequels, the ones whose stories aren’t worth telling and just distill the original down into a repeatable formula, so it’ll be refreshing to see a sequel that the creator actually wants to make.

NEXT: What A Lovely Day: 10 Behind-The-Scenes Facts About Mad Max: Fury Road

Ben Sherlock is a writer, filmmaker, and comedian. In addition to writing for Screen Rant and CBR, covering a wide range of topics from Spider-Man to Scorsese, Ben directs independent films and takes to the stage with his standup material. He’s currently in pre-production on his feature directorial debut (and has been for a while, because filmmaking is expensive). Previously, he wrote for Taste of Cinema and BabbleTop.