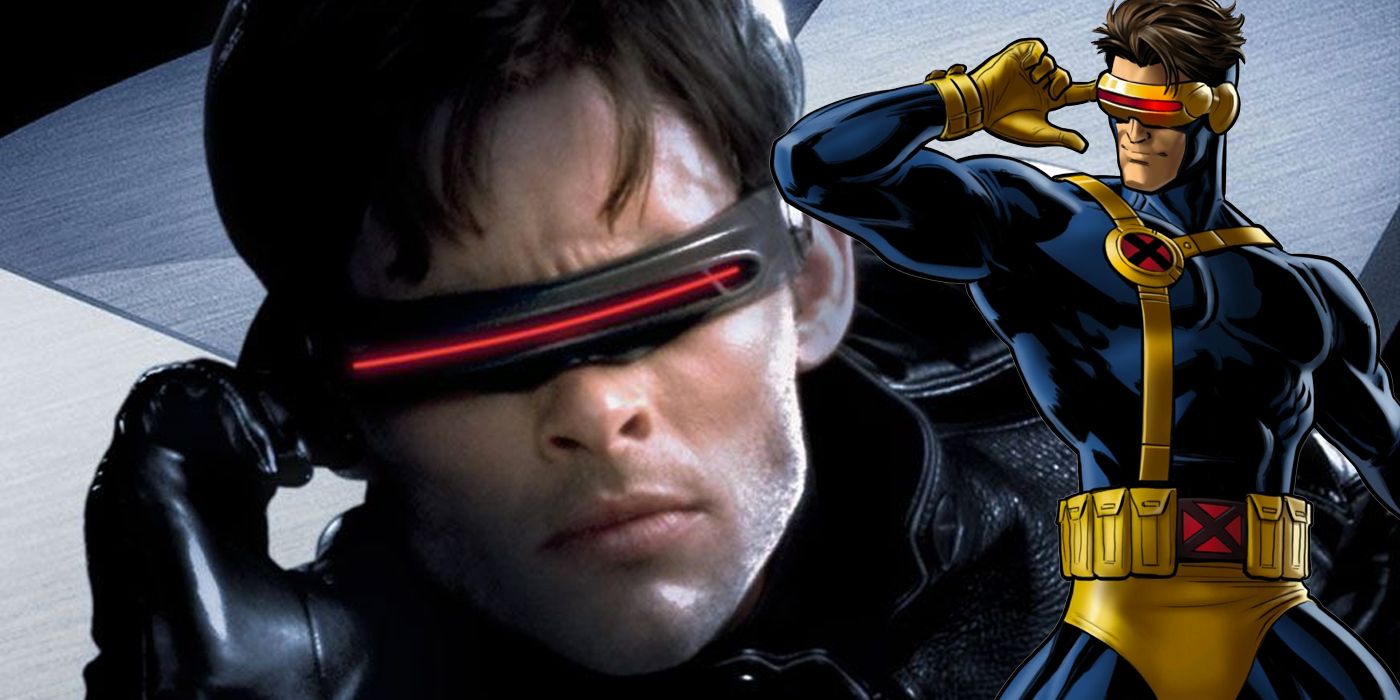 The future of the X-Men in the Marvel Cinematic Universe is still uncertain, but there is one actor from the Fox movies who would come back to reprise his old part, as James Marsden is open to returning to the role of Cyclops. Marsden played Cyclops in the first three X-Men movies released by Fox and he had a cameo role during the ending of X-Men: Days of Future Past.

The X-Men movies had a much greater focus on Wolverine than the other members of the team, to the point where he became the face of the franchise. This meant that characters like Cyclops were given smaller roles in comparison to their importance in the comics. The role of Cyclops was taken up by Tye Sheridan in the later X-Men films, but the future of the character is currently in doubt, following Disney’s acquisition of Fox and the status of the movies being in limbo.

There is at least one actor from the Fox era of X-Men movies who is interested in returning to their role on the team. Screen Rant recently interviewed James Marsden as part of the junket for the upcoming release of Sonic the Hedgehog and we asked him about the possibility of him reprising the role of Cyclops in the MCU.

Great question. I mean, I look at those three movies I was in, and it became a huge part of my life. It was a family, all of them. And I was very grateful too. Like, that’s 40 years at the time of backstory and iconic characters, beloved characters. So, I’d be a fool to say no to that. Of course, I would. Who knows where that universe goes? Feige is still a friend of mine, and we talk occasionally. But you just don’t know where it’s gonna go. Right now, it’s with all the young guys; all the kiddos. But I would never be opposed to coming back to that. I hold a special place in my heart for that experience.

This is not the first time that Marsden has expressed an interest in playing Cyclops again in the MCU. There are many fans who felt his off-screen death in X-Men: The Last Stand was an unsatisfying end for the character. Cyclops was killed due to Marsden’s limited availability, as he was working on Superman Returns at the time, and his demise is considered to be one of the biggest misfires of the third X-Men movie. The cameo in X-Men: Days of Future Past was a nice touch, but the MCU could give the original version of the character the proper send-off that he deserves.

Marvel Studios head Kevin Feige confirmed the X-Men are coming to the MCU at San Diego Comic-Con, but there is still an entire phase of Marvel movies to come that were planned before the Disney/Fox deal went through. It’s unclear exactly how mutants will be introduced to the MCU or how long it will take for the X-Men to form. It’s possible that Disney could use the old version of the team from the Fox movies in some capacity, especially as Doctor Strange in the Multiverse of Madness is opening up the MCU to different realities. If the original version of the X-Men do return, then their Cyclops will be ready to lead them once more.

Next: Marvel’s Phase 4 Will Make Or Break The MCU