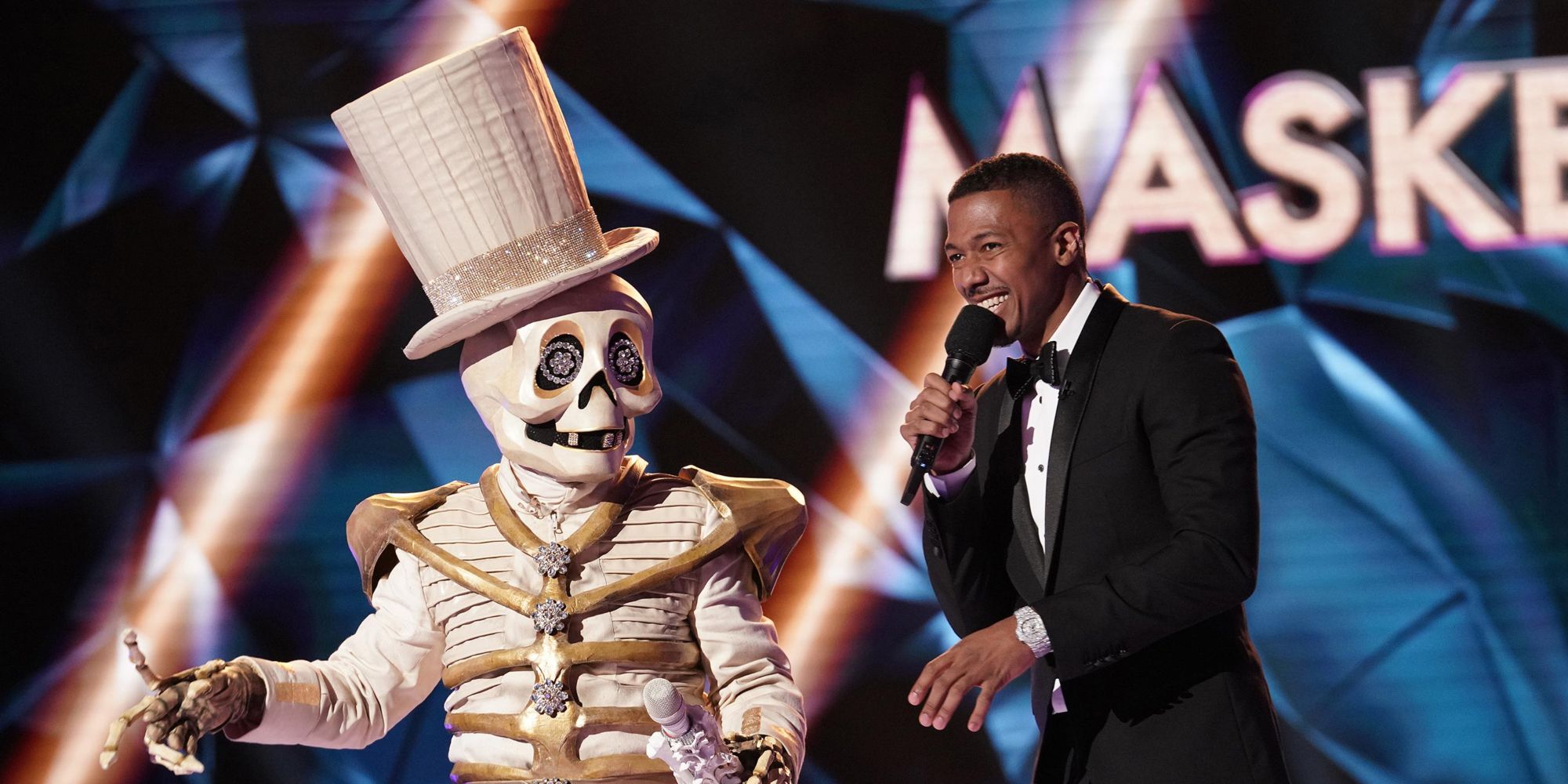 The Masked Singer premiered this week with 8 new contestants going head to head in 4 battles. By the end of the evening 2 of their identities had been revealed, but what do fans think are the identities of the remaining 6 competitors?

The season kicked off with 4 primary head to head battles, Butterfly vs. Egg, Thingamajig vs. Skeleton, Rottweiler vs. Ladybug and Tree vs. Ice Cream. The winners of each battle are safe while the remaining 4 have one more opportunity to fight for their spot in the competition during the second round of battles. These battles saw Egg battle it out with Skeleton unsuccessfully, which lead to the identity of Egg being revealed to be figure skater and fashion designer, Johnny Weir. The final battle came down to Ladybug and Ice Cream. Ladybug prevailed leading to the final reveal of the night. Ice Cream was revealed to be professional gamer and YouTube star, Tyler “Ninja” Blevins.

Related: Predicting Every Celebrity Identity In The Masked Singer

So who are the remaining 6 singers? In a season reported to be intentionally more difficult to figure out, fans are not deterred. The internet is full of guesses for each competitor but here are some of the more popular opinions along with the reasons they think the clues lead to these as the potential celebrities under the masks.

References to faith could point to her background in gospel music. Images of familiar London monuments could point to her work as an actress on the West End. Reference to spending the last year in a cocoon ready for a metamorphosis could reference Williams challenging past year involving checking into a mental health facility and the end of her engagement. Lastly the reference to “flying high” could be a nod at the lyrics from Destiny’s Child song “Bridges“. The lyric is “See, you are young and flying high.”

The unusually tall height of the character would fit with the NBA player’s 6’4″ frame. The number 4 could reference his jersey number with the Indiana Pacers which is in fact #4. The references to magic could refer to his time with the Orlando Magic basketball team.

Second fiddle could refer to his years playing “second fiddle” to David Letterman. The number 4261 was on the tombstone in his clue package and this would fit with the fact that Late Show with David Letterman had, you guessed it, 4261 episodes.

The strongest argument for this prediction lies in fans convinced they recognize his voice however there is also a large clue in the reference to wanting to prove “it’s not over,” as former American Idol contestant, Daughtry had a song by that name.

As you can see fans are all over the place on the identity of Ladybug. So far the clue connections are mostly a stretch. It looks like more clues will be needed for a frontrunner to immerge.

Another one fans can’t seem to agree on.

While Elvira may not be the most popular opinion on all platforms, Reddit fans seem to be rallying behind the list of clue connections given by Maddog9290. Jury is still out overall however on the identity of Tree.

Only time will tell the accuracy of these guesses and new clues each week will either help prove them or cast doubt on their validity, bringing to light new front runners. We will have to wait and see if fans are able to identify the contestants correctly before finale night, but one thing is for sure, the more difficult the clues get, the more determined fans are to crack them.

Next: The Masked Singer Showcases All-New​ Costumes for Season 2

The Masked Singer airs Wednesdays at 8pm EST on Fox.

Kourtney Kardashian On Importance of Kids Seeing Her in ‘Working Mode’
advertising
This article was originally published by Screenrant.com. Read the original article here.
Tweet