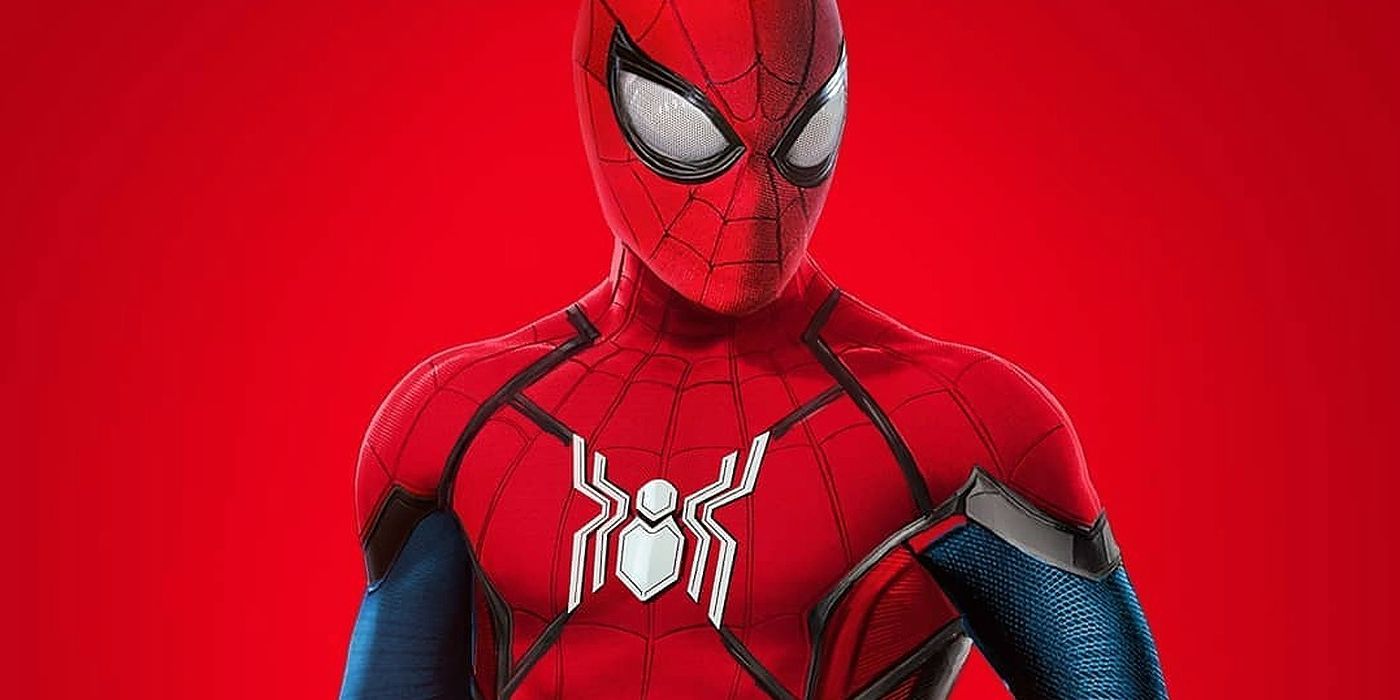 Marvel Cinematic Universe fan art imagines what Spider-Man’s next suit could look like in Spider-Man: Homecoming 3. Though always a beloved character, Spider-Man has experienced a boost in recent years thanks to Tom Holland’s performance as Peter Parker. First introduced in Captain America: Civil War, Holland’s Spider-Man quickly became a standout, with many praising his chemistry with the other Avengers. However, simply seeing Spider-Man in the MCU was a big deal for fans, as it required a deal between Marvel Studios and Sony, who owns the character. Luckily, it was a success, with Holland appearing in Avengers: Infinity War and Avengers: Endgame, as well as two standalone movies.

For awhile, it looked as though Holland’s time in the MCU may be over, as Marvel and Sony struggled to reach a new agreement over Spider-Man last year. Ultimately, things worked out, meaning the so-far-untitled Spider-Man: Homecoming 3 will be a part of the MCU. However, aside from that, much of the film remains a mystery. Holland has called the story “absolutely insane,” and some favorites, like Zendaya’s MJ, are already confirmed to return. As filming hasn’t started yet, there also haven’t been any teases about what suits Spider-Man might wear in the film.

However, one Spider-Man fan has some ideas. The Spider-Man: Homecoming 3 suit art comes from digital artist Christ Ave on Instagram, who offered two variations of the same suit. In the first, Spider-Man has just a hint of blue on his costume. The other is a little more eye-catching, with blue on the chest and shoulders area and sleek black and red arms. The artist also labeled the upcoming movie Spider-Man: Homerun, which many fans hope will be the announced title. Check out both suits below:

Both variations of the suit are very believable for Spider-Man. They stick with his usual color scheme and wouldn’t look out of place in Spider-Man: Homecoming 3. However, they both offer something different too, especially with the combination of black, red, and blue. The second suit is particularly distinct; the amount of blue on it makes it stand out. Superhero suits are a big part of any Marvel movie, and it will be interesting to see what new suits are introduced in Spider-Man: Homecoming 3 and if they look anything like the ones seen here.

Spider-Man Homecoming 3 doesn’t release until November 2021, meaning there’s still plenty of time to speculate about which suits Holland might wear. It seems likely it will depend on the skills of the villain he’s fighting, as suits often have to be adjusted with special tech for that reason. When filming begins, hopefully fans will get a better idea of Spider-Man’s suit choices in Spider-Man: Homecoming 3.

Why So Many Movie Shared Universes Have Failed
Related Topics

Jasmine Tookes and Josephine Skriver On How the Fashion Industry Has Changed
5 Dune Questions We Have After The New Trailer
TikTok to Sell U.S. Operations to Oracle
NEON will release POSSESSOR: UNCUT in theaters October 2nd, 2020
Celebrities and Politicians Pay Tribute to Justice Ruth Bader Ginsburg