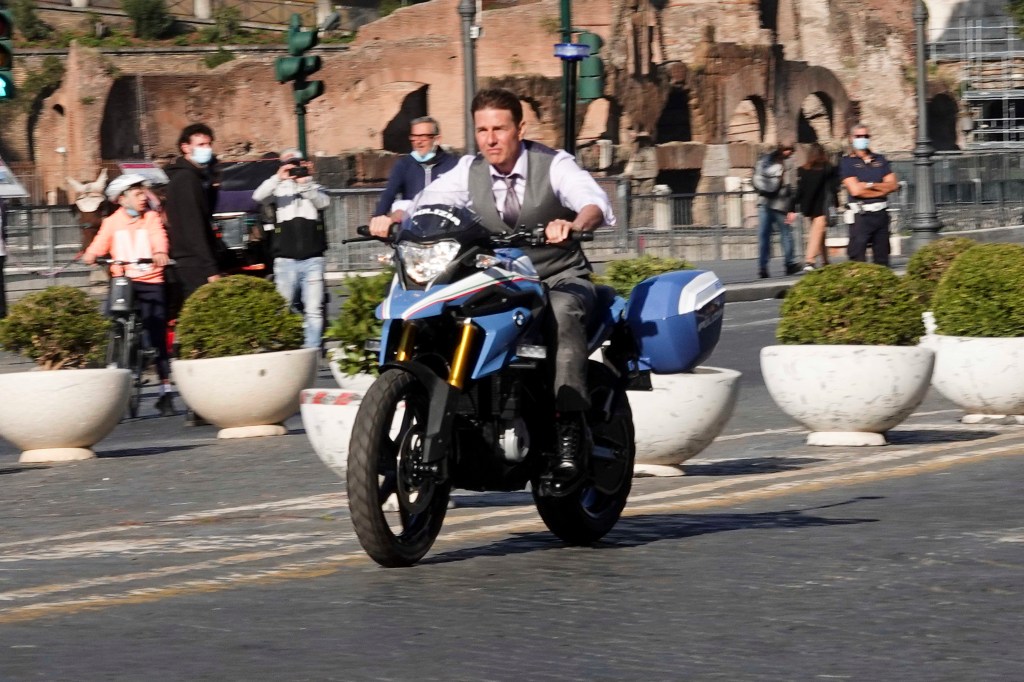 Tom Cruise has bungee jumped into corporate silos, climbed cliffs in Australia with his bare hands and clung to planes as they’re taking off in previous Mission: Impossible movies.

But his next big stunt in Mission: Impossible 7 is motorcycle jumping off a cliff in Norway.

“This is far and away the most dangerous thing I’ve attempted; we’ve been working on this for years,” said Cruise.

“I wanted to do it since I was a little kid,” says the actor in the behind-the-scenes clip with director Christopher McQuarrie and his stunt production ensemble. The clip was shown during Paramount’s presentation at CinemaCon on Thursday.

“The clouds have to be misty, not foggy,” says McQuarrie for the shot.

Cruise trained for the feat by skydiving in the air (500 times). A cycle jumping course was built, which Cruise trained on, jumping hills 30 times a day according to the footage.

“I had to get so good at this so there’s no way I miss my mark,” says Cruise.

In the stunt, he barrels down a ramp off a cliff and in mid-air lets the bike go and free-falls before his parachute is released. McQuarrie’s mouth drops as he watches the first take.

“Tom Cruise just rode a bike off a cliff six times today,” says one of crew members in the BTS shot.

“The only thing that scares me more is what we’ve got planned for Mission 8,” says McQuarrie.

While most distributors have been showing off their films set for release prior to April 2022, Paramount came with a tease for the upcoming Skydance-Tom Cruise production Mission: Impossible 7.  The movie hits theaters on May 27, 2022, Memorial Day weekend.