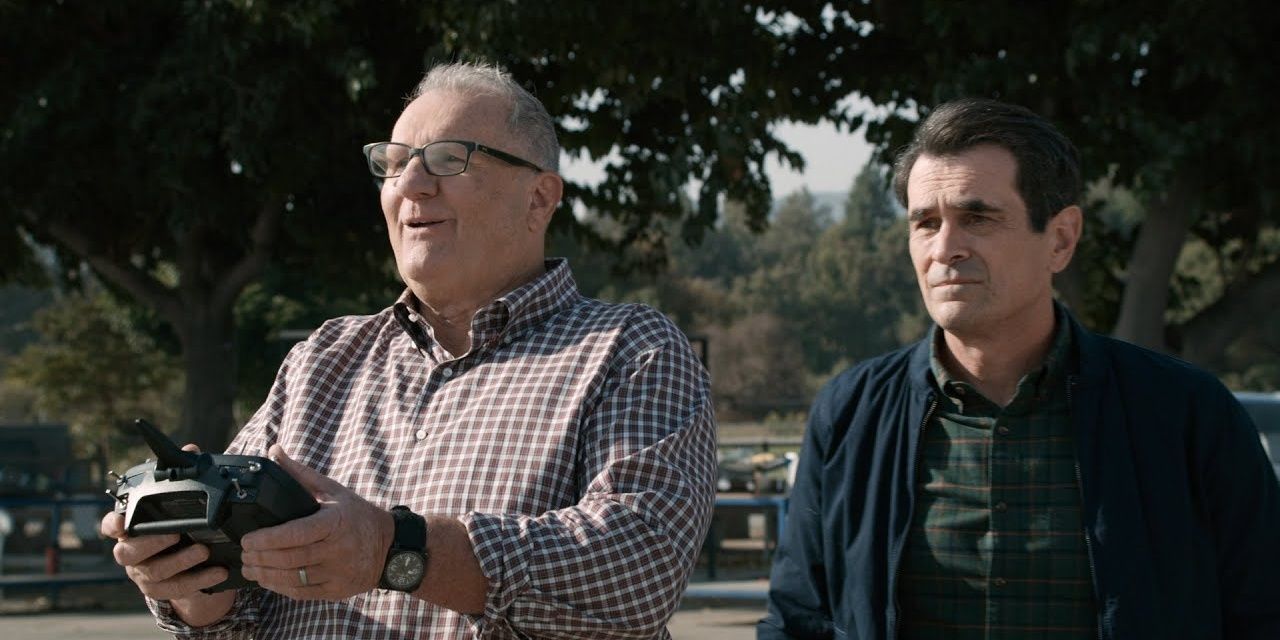 Out of all the Modern Family characters, Jay Pritchett (Ed O’Neill) has had the biggest character development. From the beginning, Jay was seen to be emotionally distant from his family. The lack of affection/appreciation he bestowed on his children has led to them trying to seek approval. He has also refused to bond with his in-laws because it doesn’t interest him.

However, that doesn’t mean that Jay hasn’t had his moments. There have been plenty of instances where Jay has stepped up when the other parents couldn’t. Keep reading to find out the 5 moments Jay was an awful dad (& 5 moments he was awesome).

10 Awful: Grassed Manny up for revenge

In the episode “Halloween 4: The Revenge of Rod Skyhook”, Jay causes a brief rift between Gloria and Manny when the teenager refused to get involved with his revenge plan. In the beginning, Gloria and Manny have a falling out when Manny reveals that he is ditching Luke’s party for another.

When Jay finds out the party is held at his nemesis’s house, he tells Manny he can go if he helps him play a prank on Earl. He also says he won’t tell Gloria. However, Jay soon reneges on his promise when Manny refuses to take part in his childish antics. Gloria ends up dragging them both to Luke’s party, furious that they put a revenge plan ahead of their family.

When it comes to Joe, Jay had become a hands-on dad. The first signs of improvement came in the episode “The Verdict” when Jay is forced to help out at Joe’s pre-school. With Gloria placed on jury duty, she tells Jay to take advantage of this opportunity to get some father-son time in.

Initially, Jay feels neglected when Joe ignores him to play with his friends. Jay then finds a way to connect with the kids when he offers to read them a story. Although Jay believes Joe didn’t notice him, he is proven wrong when Joe excitedly tells Gloria about all the fun things he did with his dad. It cheers Jay up to hear how much Joe appreciated his presence.

In the episode “Truth Be Told”, Jay nearly damaged his relationship with Manny further after he accidentally killed his pet turtle. After Manny loses a part in a play, Jay tries to cheer him up by hanging a motivational poster in his room. However, we soon see the poster fall and crush Manny’s turtle.

RELATED: Modern Family: 5 Worst Things Gloria Did To Jay (& 5 Jay Did To Gloria)

Instead of telling Manny the truth, Jay concocts a plan and tells him that a raccoon has taken it and trashes the bedroom to make it more believable. What makes matters worse is that Jay allows Manny to believe that it was his fault, as he admits to leaving a bag of chips near his bed. When the truth comes out, Manny ends up telling Jay that he was hurt by his lie.

In the early seasons, Jay and Manny didn’t get along. At all. However, a turning point in their relationship came when Manny’s father failed to turn up. In the episode “The Bicycle Thief”, Gloria and Jay are planning to go wine tasting whilst Manny is at Disney with his dad. Manny and Jay also struggle to bond as they disagree on a project they are working on.

It gets to the point where Manny would rather wait for his dad outside than stay in the house. However, Jay is forced to give him the bad news when Javier cancels on Manny because “he can’t pull himself away from the craps table”. Instead of breaking his heart, Jay hires a limo to take Manny to Disney and allows Javier to keep the credit.

In the episode “Come Fly With Me”, Jay gets into a fight with Claire after Phil was involved in a “plane accident”. Fans find out that Jay has an interest in model airplanes and likes to fly them in his spare time. He then invites Phil to join him so they can bond further. However, Jay ends up injuring Phil when he flies the plane into his face.

Claire is furious with her dad, knowing he did it on purpose, and compares it to the time when Jay accidentally ran over Phil’s foot. She also says that Jay never tried to make an effort with Phil, which the audience can tell is true. In the recent episode “The Last Thanksgiving”, Jay admits that he did hurt Phil on purpose (much to his dismay).

5 Awesome: Handing the business to Claire

In the episode “White Christmas”, the families decide to have Christmas in the mountains. However, tensions arise when the family allows the drama to follow them, particularly between Jay and Claire. Claire is angry with Jay after learning that he plans to retire and give the business to a man called “Chuck Finney”.

RELATED: Modern Family: 5 Worst Things Claire Did To Phil (& 5 Phil Did To Claire)

Yet, this was all part of Jay’s plan. He makes up “Chuck Finney” because he doesn’t want Claire to feel obligated into taking the job. He wants her to fight for the position. Eventually, Jay gives Claire her present and says that he always wanted to leave the company to her when he retired.

Just when fans thought Mitch and Jay’s relationship was back on track, the closet salesman says something offensive that sends them back to square one. In the episode “Message Received”, Mitch and Jay have a falling out when Jay admits the thought of Mitch and Cam getting married is weird to him.

This leads to Mitch uninviting his dad to the wedding before storming out of the Pritchett house with Cam. The episode ends with the Dunphy kids listening to a voicemail from Mitchell, implying Jay took Claire’s pregnancy badly. It then cuts to a shot of an upset Mitchell returning home with Cam, while Jay hesitates to contact him.

Could this entry be classed as cheating since he’s not Lily’s father? Maybe, but you cannot deny that this was a great parental moment for Jay. In the episode “Baby on Board”, Jay and Manny attend Lily’s dance recital after Cam and Mitchell have to meet the family they are adopting a baby from.

RELATED: Modern Family: 10 Most Shameless Things Gloria Has Ever Done

However, Lily refused to go on-stage because she was upset that her fathers hadn’t attended her recital. Jay also finds out that Lily is not happy about getting a baby brother. He tries to reassure Lily that her relationship with her fathers would not change and agrees to dance with her to help her self-esteem. It’s a sweet moment.

One of the saddest moments on Modern Family came during one of Mitch’s talking heads. Fans knew that Mitch and Jay weren’t as close, but they never realized how deeply Mitch was affected by his father’s neglect until the episode “Fifteen Percent” when he reveals the turning point in their relationship.

Mitch tells the viewers that every night he came home from law school, Jay would call him to check-in. He then says that one year, he finally worked up the courage to tell his dad that he was gay. Mitchell implies that Jay didn’t handle the news very well, as he would only talk to mother after this. It’s easy to understand now why he is desperate for approval.

In the episode “Disneyland”, Jay reveals that when they were younger, he once took Mitchell and Claire to the theme park after he got into a fight with DeDe.

In his talking head, Jay reveals that he had an epiphany during the “Great Moments with Mr. Lincoln”. He tells the viewer that he was going to leave DeDe when he came back. Yet, he felt that the duty to “his kids was more important than leaving his wife” and “decided to stick it out till they were grown”. It may not be the right decision for all, but you have to admire Jay for staying in a loveless marriage because he wanted to be there for his kids.