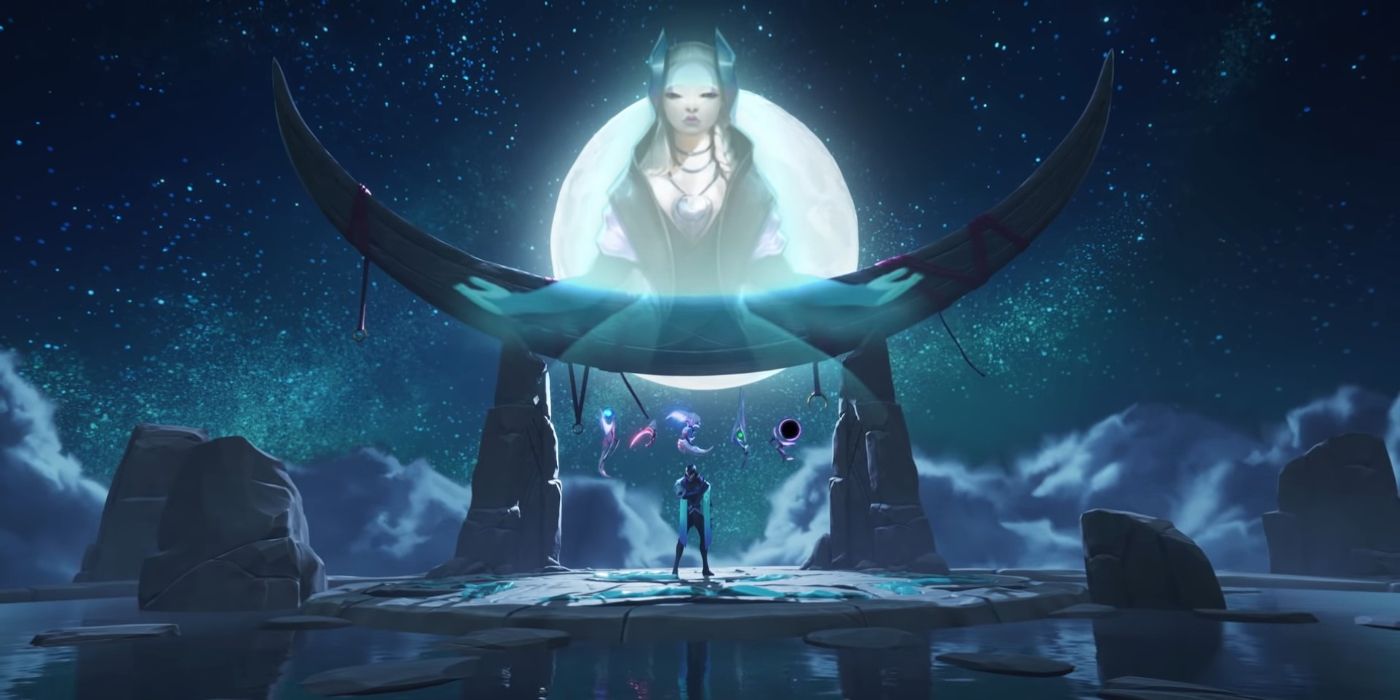 Riot Games’ newest League of Legends champion, Aphelios, got a new trailer from the company earlier today that demonstrated the character’s diverse array of skills, including his five different weapons that will make him dramatically different from other available choices within the game. Fans of the game were shocked that Riot Games was introducing a new character so soon after League of Legends added Senna earlier this month, following the successful LoL World Championships 2019 event that spanned multiple weekends and crowned a surprise champion in FunPlus Phoenix.

The League of Legends scene is still reeling from the utter domination of G2 in the World Championship finals, but Riot Games has capitalized on the discussion surrounding that event by introducing new heroes for lapsed players or newcomers who are interested in the game after its stellar showcase of the world’s best players. League of Legends is enjoying a renaissance of sorts thanks to two spin-off titles from Riot Games that have made the title even more ubiquitous than it was previously in Teamfight Tactics and Legends of Runeterra. Teamfight Tactics is perhaps the most popular auto chess game in the world, while the latter appears poised to threaten MTG Arena and Hearthstone once it leaves its testing phases.

For the game that started it all, however, League of Legends isn’t slowing down – in fact, it appears to be speeding up. The official League of Legends Twitter revealed more about Aphelios earlier today with a new trailer, which reveals the champion coughing after ingesting a poisonous flower that numbs him from everything other than pain. He then hears Alune, his deceased sister, who implores him to continue remaining faithful to the cult he’s a part of while remarking that his faith is his deadliest weapon. The character shows off the five weapons that will make him one of the most difficult to master champions in League of Legends, something that Riot has already indicated would be the case.

Aphelios’ trailer cycles through his weapons, first demonstrating the scythe pistol, then a rifle, a flamethrower, a gravity cannon, and a Chakram that will apparently be used for close calls. Aphelios will be an ADC main primarily, and is being described as a bot lane presence that will be an intimidating choice to learn.

As League of Legends‘ newest champion, Aphelios will automatically be a popular pick-up for many enfranchised players. It’s nice that Riot Games is adding such a complex character to the game, too, demonstrating that not every champion needs to be accessible to newer players – and some will offer up a lot of incentives for those looking to master a particular style.

The Mandalorian Reintroduces A Jango Fett Weapon The Movies Forgot About