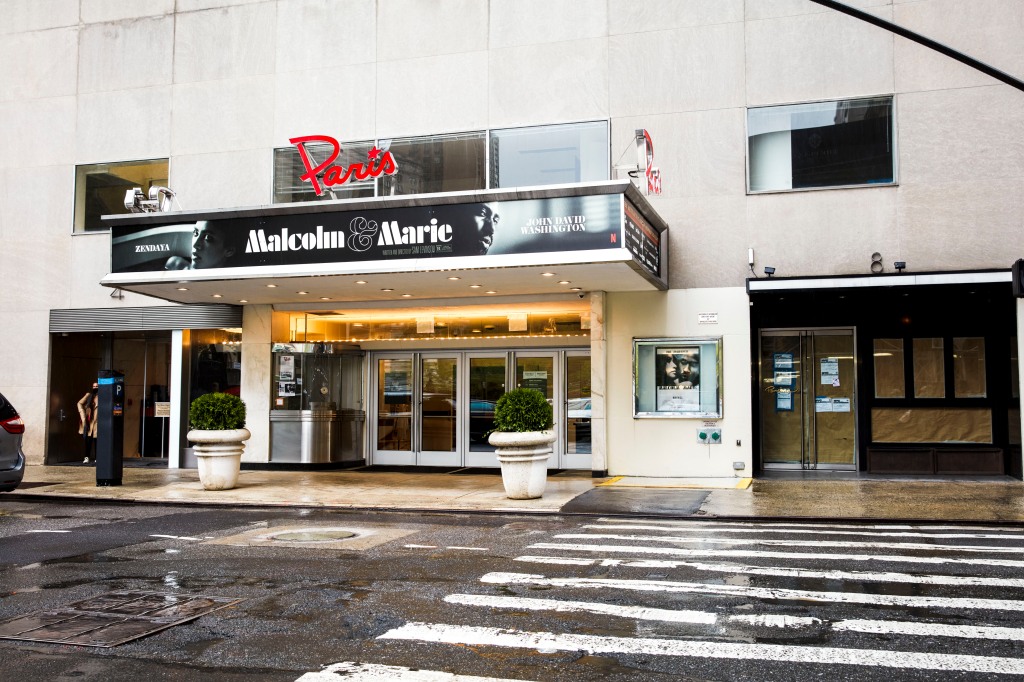 The Paris Theater, an NYC cinematic landmark rescued by Netflix in 2019, will officially reopen August 6 with the streamer’s The Forty-Year-Old Version by Radha Blank and a week of repertory films programmed by the director.

The only single-screen movie theater in Manhattan and the borough’s largest, with 545 seats, has hosted limited theatrical engagements since March that included Netflix’ 17 Oscar-nominated films, retrospectives of Charlie Kaufman and Orson Wells, zombie movie classics and a Bob Dylan film series.

The Paris closed in August of 2019 after its lease with City Cinemas expired. That November, Netflix entered an extended lease agreement, said to be for ten years with owner the Solow Family, to keep the theater open and use it for events, screenings and theatrical releases of its films. The first was Noah Baumbach’s Marriage Story. The theater was shuttered by Covid-19 last spring.

(In May of 2020, Netflix acquired another storied theaters, The Egyptian, in Los Angeles.)

The 40 Year Old Version is Blank’s debut film and earned the 2020 Sundance Vanguard Award and the Gotham Award for Best Screenplay. It was released on Netflix last fall.

After opening week, the theater will show films that previously premiered there in ‘The Paris Is For Lovers’ series curated by Paris programmer David Schwartz — the longtime chief curator of Museum of the Moving Image who joined Netflix last year as Manager of Theatrical Programming. That runs through August 26 and includes a few Netflix films (see list below). It’s not been announced what the streamer plans to show after that.

The Paris is For Lovers series:

Claude Lelouch’s A Man and a Woman

Bertrand Blier’s Get Out Your Handkerchiefs

Alfred Hitchcock’s The Trouble With Harry

James Ivory’s Room With A View

Henri-Georges Clouzot’s The Wages of Fear

Terence Davies’s The House of Mirth

Luca Guadagnino’s Call Me By Your Name