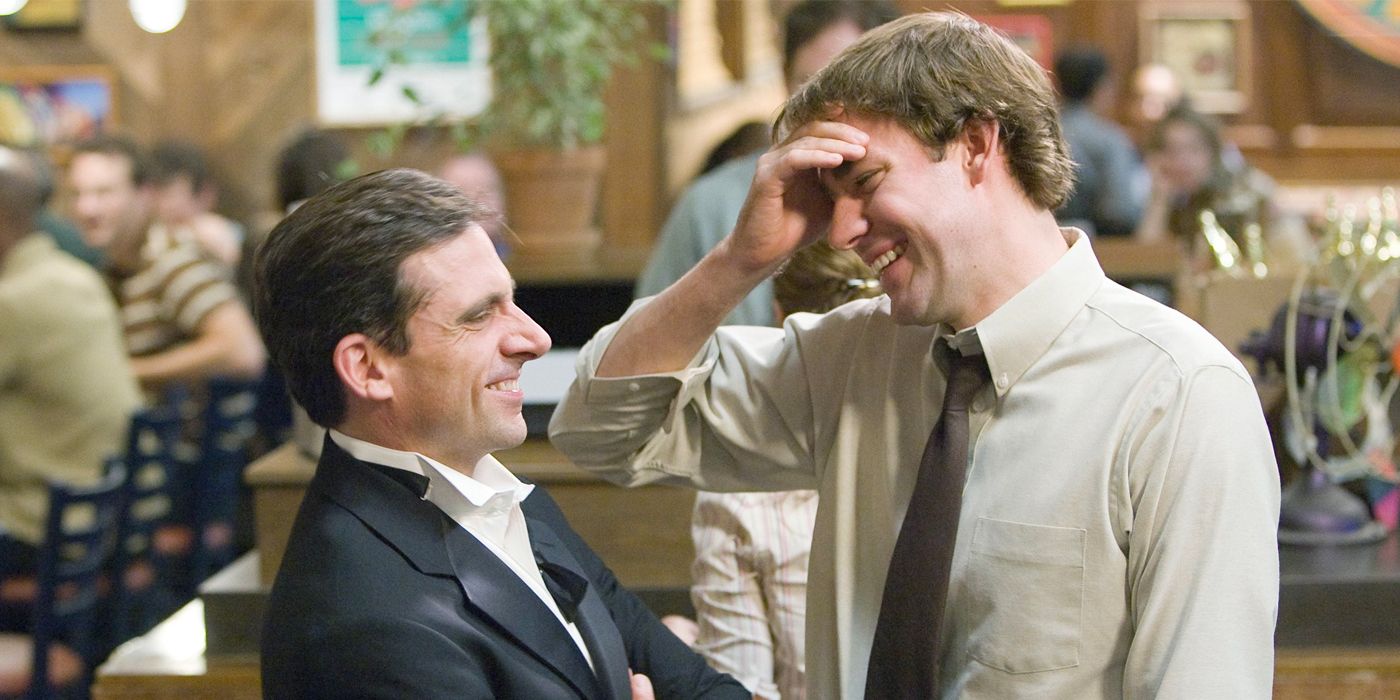 Steve Carell and John Krasinski reveal their favorite moments from The Office. The Office is often considered one of the most popular American sitcoms, which ran for nine seasons from 2005-2013. As all fans know, the mockumentary-style series focused on the daily lives of the employees at a paper company. Carell starred as the Regional Manager, Michael Scott, while Krasinski played Jim Halpert, one of the sales representatives at Dunder Mifflin.

Carell and Krasinski had two of the biggest roles on The Office, and after their time on the series came to a close, their careers never slowed. Carell left the series in 2011 after seven seasons but has since worked on a number of films including Welcome to Marwen, The Big Short, and Foxcatcher, the latter of which got him nominated for an Oscar. Krasinski has had an equally impressive career since The Office, starring in 13 Hours and Tom Clancy’s Jack Ryan. He also made strides in his directing career when he wrote, starred in, and directed A Quiet Place, the sequel of which was postponed because of the Coronavirus. While their careers have blossomed since The Office, the actors don’t shy away from an opportunity to talk about the series.

Related: The Office: NBC Is To Blame For Steve Carell Leaving After Season 7

John Krasinski recently started a parody news show called Some Good News (SGN), where he only talks about good news going on in the world. While he covered some heartfelt topics about the hardworking nurses and doctors working on the Coronavirus and a young girl overcoming cancer, he also brought Carell on the show to talk about The Office‘s 15th Anniversary. The two shared some of their favorite memories on the show, with Carell talking about episodes like “Dinner Party” and “Fun Run,” while also mentioning that he loved the scenes and episodes that involved the whole cast the most. Krasinski on the other hand, fondly remembers the episode “Secret Santa” when Kevin sits on Michael’s lap and how emotional their filming their final scene together was. The full episode of SGN can be viewed below:

With this year being the 15th anniversary of The Office, there have been rumors that NBC might try to reboot the show, like many other networks are doing with popular shows as of late. Most of the cast seems on board for a revival of the show, including Krasinski, who said he would “absolutely love” to do a reboot of The Office. Carell is one of the few cast members who doesn’t want an Office reboot, which he even jokingly addressed in his monologue on SNL back in 2018.

With all of the craziness going on in the world, Krasinski’s creating SGN will likely make his fans love him even more. Even after being off the air for seven years, fans are still relishing over The Office. The Office seems to have had the same effect on the cast, who always reminisce about their time on the series whenever asked about the show. A reboot of The Office may or may not happen, but at least fans can still rely on Carell and Krasinski to always put a smile on their faces.

More: The Office: What An Episode About Coronavirus Would Look Like