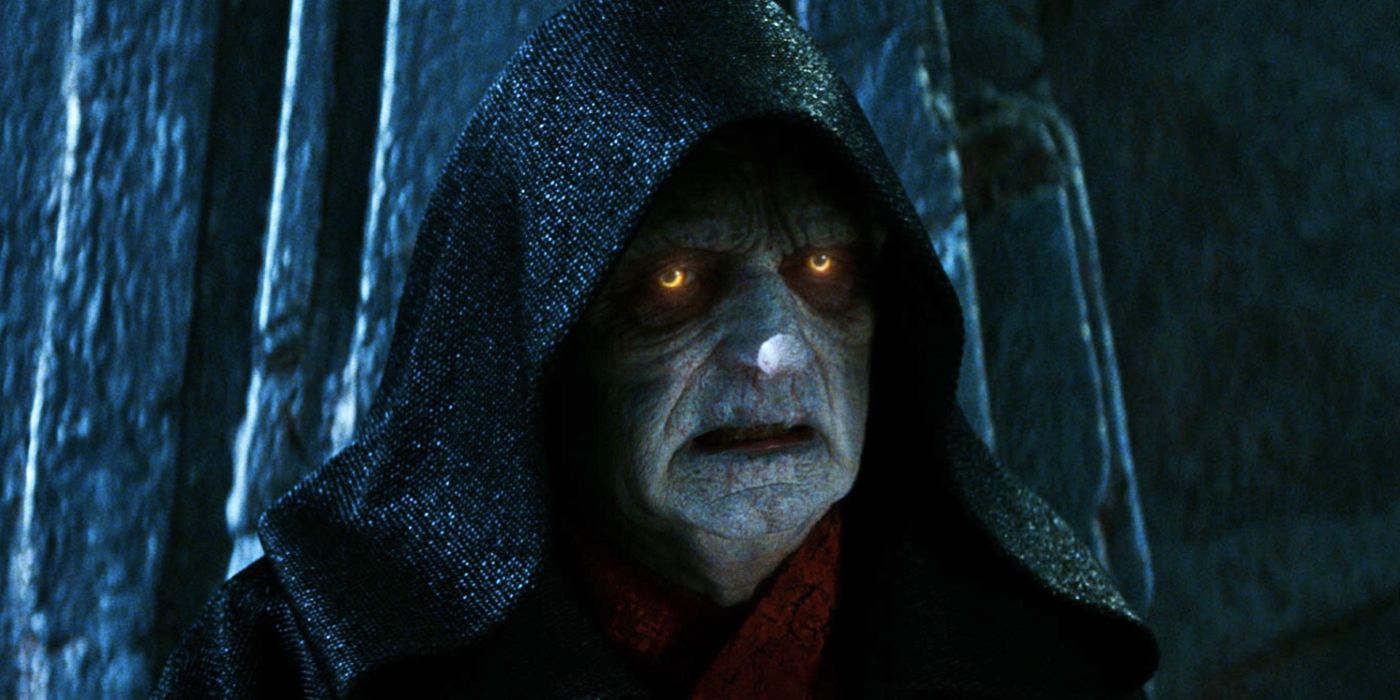 Behind-the-scenes images showing Palpatine’s new costume from Star Wars: The Rise of Skywalker have been posted online. The latest Star Wars feature released back in December, and remains one of the most talked-about films of 2019. Due to the coronavirus, the film was released three days early on Digital. The physical version is still releasing at the end of the month.

The Rise of Skywalker is one of the more interesting discussion pieces on social media. As the finale to the Skywalker saga, the film had a lot of work to do. Interestingly, Rise of Skywalker appeared to walk back developments in Star Wars: The Last Jedi. Theoretically, with how controversial The Last Jedi was, The Rise of Skywalker should have seen more positive social media buzz. Instead, much of it was on the negative side. The film has the lowest Rotten Tomatoes critic score, losing to The Phantom Menace. Many viewers criticized the film as feeling disjointed from its predecessor. Not too long ago, fans were given early access to The Rise of Skywalker’s novelization. The novel further deepens the story, though at times controversially. The Emperor Palpatine in the movie is actually a clone, for instance. (Not only that, but the novel also reveals Rey’s father was a failed Palpatine clone.) Ian McDiarmid returned to the iconic role, and wore a new costume for the villain’s grand outing.

Related: Star Wars: One Major Benefit Of Palpatine Being A Clone In The Rise of Skywalker

Those hoping to get a good look at Palpatine’s new costume from The Rise of Skywalker are in for a treat. A couple of behind-the-scenes images (via hisfailedclone) showing McDiarmid in costume have been posted to Imgur. Check them out below.

Although Palpatine’s original costume also features an iconic cloak, the new one has red aspects. The new costume probably wont go down as iconic as the original, but it’s still an interesting design choice. In the film, Palpatine spends much of his time sitting on his throne, but he does get up in the climax. The battle concludes with Rey, strengthened by the Jedi before her, overpowering the Emperor.

Given the finality of Rise of Skywalker’s climax, it’s hard to picture the Emperor returning. Then again, many probably said the same thing about Return of the Jedi all those years ago. Either way, the Skywalker saga concluded with Star Wars: The Rise of Skywalker. Currently, Disney does have three Star Wars films on the release schedule. It will be interesting to see what new stories await.

Next: Star Wars: The Rise of Skywalker Plot Holes Explained By The Novel

Daniel is a News Writer at Screen Rant. He covers movie and TV news of varying subjects. You can also find his work over at another Valnet site: TheGamer, where he writes news articles and video game reviews. In the past, he’s written for ComicBookMovie, Unleash the Fanboy, and 411 Mania.
Daniel graduated from Thomas Edison State University with a B.A. in Communications. He loves science fiction, and comic book movies. However, his main interest is Japanese monster movies, known as kaiju films. He knows all about the Godzilla series, and can talk about it for hours upon end. His reviews and retrospectives on Godzilla have been published in G-FAN. Besides Godzilla, he enjoys watching Ultraman, the ultimate superhero.
When he’s not watching a Godzilla movie, Daniel can be found playing his Nintendo Switch or reading comics. He also enjoys a good anime. He can be contacted directly at djdjalvarez(at)gmail(dot)com.