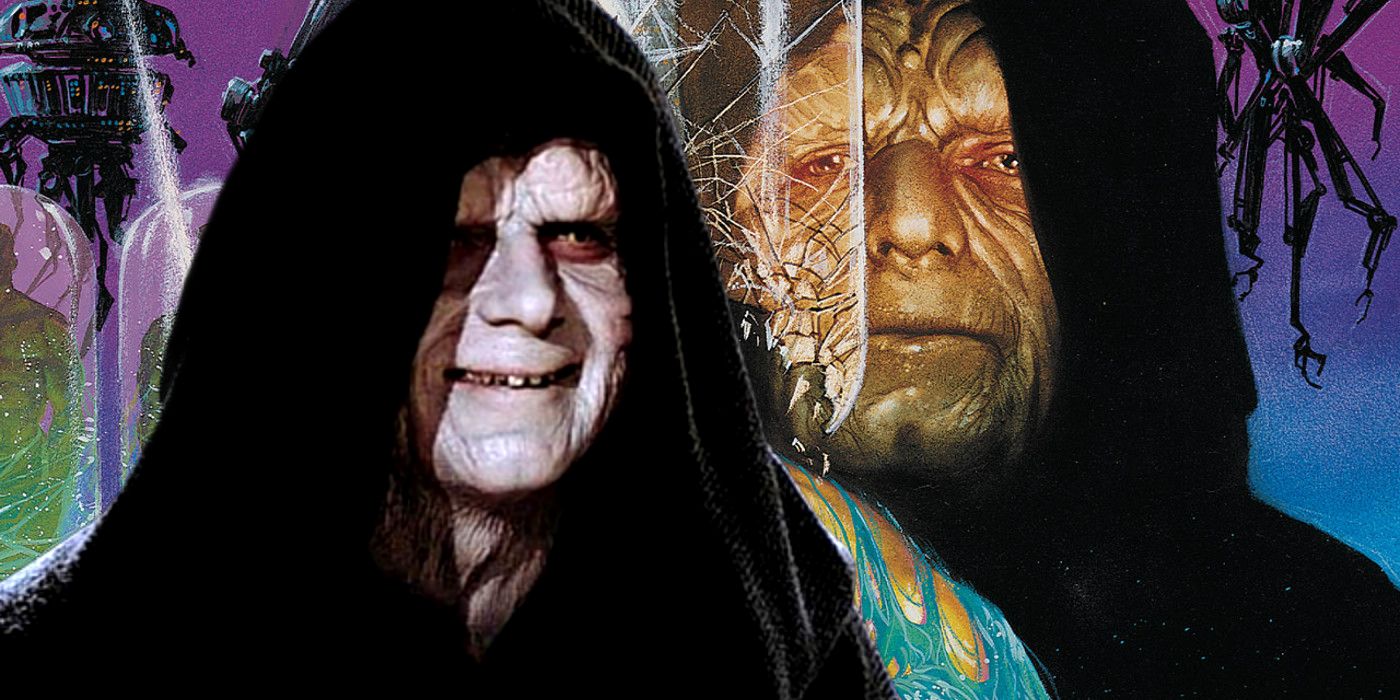 The Emperor’s return in Star Wars: The Rise of Skywalker has some very strange parallels to the old Legends. There’s nothing new about the idea of the Emperor coming back from the dead; in 1991 and 1992, Tom Veitch and Cam Kennedy produced the Star Wars: Dark Empire miniseries. George Lucas loved the comic, and bought copies as Christmas presents for his employees.

Dark Empire envisioned a scenario in which Emperor Palpatine had been mysteriously resurrected, and emerged leading a resurgent Empire armed with a fleet of superweapons, the World Devastators, which were described as “more powerful and unstoppable than the Death Star.” The comic eventually revealed that the Emperor’s spirit had survived the destruction of the Death Star, and had possessed a clone body. It was a controversial story, not least because it involved its hero Luke Skywalker once again falling to the dark side, and it was erased from canon when Disney purchased Lucasfilm. The House of Mouse declared all the old Expanded Universe “Legends,” i.e. no longer canon.

But there are some strange parallels between Star Wars: The Rise of Skywalker and Dark Empire. In both cases, the Emperor has somehow come back after Return of the Jedi, having built up his forces in secret. In Dark Empire, he had established a power base in the Galactic Core, where gravitational anomalies meant the galaxy was unaware of his actions until he launched his invasion. In Star Wars 9, he appears to have secreted himself in the Unknown Regions, hidden due to similar navigational problems. Furthermore, in both cases the Emperor is returning with a fleet of superweapons; the World Devastators appear to have substituted for what could be called “Death Star Destroyers,” modified Imperial Star Destroyers that contain Death Star technology. There’s even been a glimpse of a dark side Rey; assuming that isn’t a Force vision, it could well mirror Dark Empire‘s story, in which Luke himself fell under Palpatine’s influence.

Frankly, it’s even possible that Palpatine’s return in Star Wars: The Rise of Skywalker may happen via similar means. So far, Lucasfilm has avoided giving viewers a proper glimpse of the resurrected Emperor; the only image that’s been released was on a poster distributed at D23, with an artistic rendition of Palpatine that looked remarkably cartoonish. There’s been intense speculation that this secrecy conceals the fact that Palpatine is a Sith spirit, having used the dark side to transfer his essence into an object or else haunt a place until he found a suitable host. If true, this is almost identical to Star Wars: Dark Empire.

It’s amusing to note that the old Star Wars Expanded Universe continues to shape the franchise to this day. The Star Wars Legends contain a wealth of fantastic ideas, and Lucasfilm is carefully incorporating the best of them back into the canon; that’s why characters like Grand Admiral Thrawn have already made the jump into the new Disney universe. It would be a welcome surprise if it turned out that the entire Sequel Trilogy was building up to a story heavily influenced by the Legends.