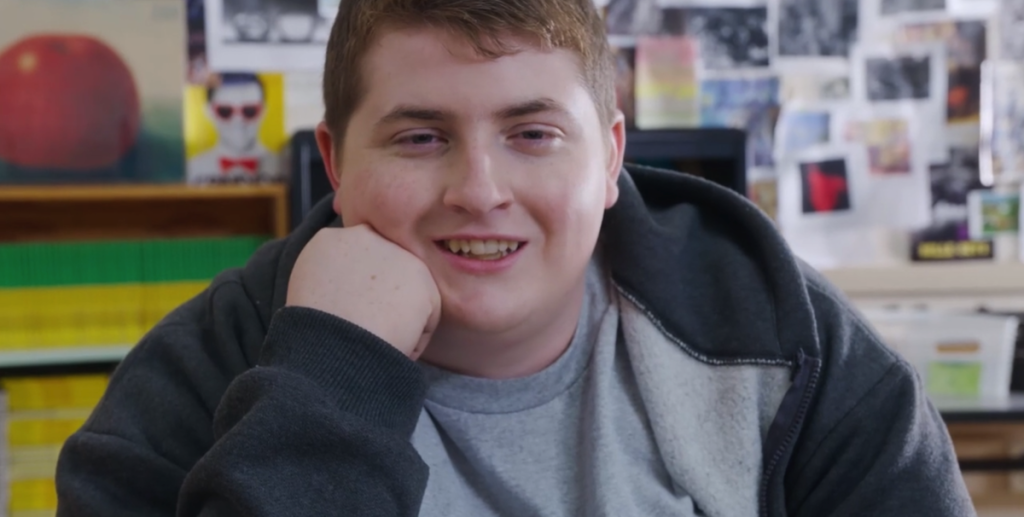 EXCLUSIVE:  Blue Fox Entertainment has taken the US rights to Paul A. Kaufman’s YA dramedy Butter. An autumn theatrical release is currently planned.

The movie tells the story of Butter (Alex Kersting), a smart, funny high school junior who happens to be obese. Butter manages to befriend the prettiest girl at school, Anna (McKaley Miller), via social media by pretending to be a jock from another school. Butter fears he can never tell Anna, his secret crush, who he really is – sure she would never accept him and his obesity. Meanwhile, Butter struggles with self-esteem and family issues, as his mother (Mira Sorvino) feels the only way she can show her love is by feeding him. Facing constant bullying at school, Butter finally devises a crazy plan: he announces he is going to eat himself to death, on New Year’s Eve, live on the Internet – with the whole school invited to watch. Butter expects pity, insults, and sheer indifference. Instead he gets cheerleaders rallying around his deadly plan, and his social media fame makes him a sudden member of the school’s in crowd. As Butter’s popularity grows, so does his new friendship with Anna. But as New Year’s ap-proaches can he live with the fallout if he doesn’t go through with his plans?

Kaufman said, “We are thrilled that Blue Fox Entertainment will be releasing the film. Their passion for Butter and their protective strategy is terrific. The have been amazing to work with.”

Said Blue Fox’s James Huntsman, “Butter reminds us that bullying and mental health should be part of the mainstream conversation, and this film encourages those discussions in a smart and funny way.”

Kaufman also produced the film with J. Todd Harris (Trial of the Chicago Seven, The Kids are Alright) and Christina Sibul (Thirteen, Monica). Julie Bram and Steve Bram serve as EPs. Butter is a Power of Us Entertainment in association with Branded Entertainment Pictures Production.

Kaufman is the two-time Daytime Emmy Award winner for the Showtime movie, Run the Wild Fields. His episodic TV directing credits include The Mentalist, Rogue, NCIS: Los Angeles, The Bridge, and Grimm among others.

Arclight Films is handling worldwide sales on the film. Arclight’s John Fremes negotiated the US deal on behalf of the film with Blue Fox Entertainment’s James Huntsman. Tiffany Boyle at Ramo Law represents the film.