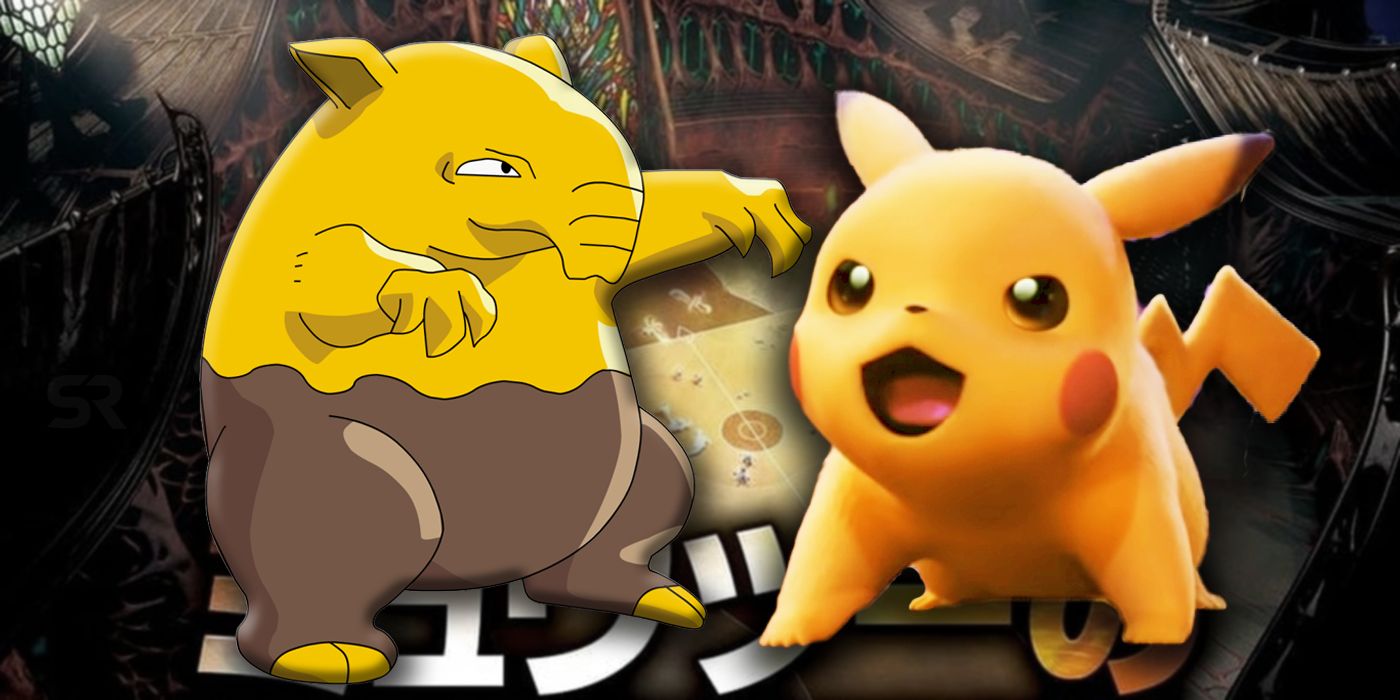 The original version of the first Pokémon movie made a crucial mistake regarding Pokémon types and how they fare in battle - and the new remake Netflix remake, Mewtwo Strikes Back: Evolution, fixes it.

Pokémon: The First Movie – Mewtwo Strikes Back centers on Mewtwo, a clone of the legendary Mew, one of the most powerful Pokémon in existence. The 1998 film was built around Mewtwo’s efforts to defeat Ash and his friends and create an army of Pokémon clones. The movie is regarded by fans as one of the best Pokémon films ever made, as it told an emotional story about the bond between the Pokémon and their human owners. Listed as a Netflix original, Mewtwo Strikes Back: Evolution revisits Mewtwo’s introduction into the world of Pokémon by giving it a complete CGI makeover.

Related: How Netflix’s Pokémon Cast Compares To The Original

In the opening sequence of the original movie, Ash battles a pirate-themed trainer whose Pokémon are Machamp, Donphan, Venemoth, Golem, and Pinsir. At the end of the battle, Ash sends Pikachu against his opponent’s Venemoth, Golem, and Pinsir. Despite being outnumbered, Pikachu wins with his Thunderbolt ability, which takes out all three at once. Mewtwo Strikes Back: Evolution recreates this battle, but swaps out Golem for the hypnotic Pokémon, Drowzee. The reason for this is quite practical: Pikachu defeating Golem with lightning didn’t make any sense, because according to the rules of Pokémon, Golem shouldn’t have gone down to that attack.

Golem is a Rock and Ground type Pokémon, and Ground type Pokémon are naturally immune to Electric attacks. Pikachu’s Thunderbolt shouldn’t have affected him at all, so in order for that scene to work, Golem had to be taken out and replaced with a Pokémon who would be susceptible to an Electric attack like Thunderbolt. Drowzee fits that bill. Since the shows and movies are based on the Pokémon video games, it’s of course important that they follow the rules established by the games, and matching up  the right Pokémon correctly is a key part of how battles work. Using a Pokémon of the wrong type can result in a devastating loss. Pokémon: The First Movie broke one of these rules, but the remake has resolved this problem.

This is one of only a few significant alterations made to the original film, and perhaps the only change that was truly necessary. Mewtwo Strikes Back: Evolution updates a few things, such as the post-credits scene, but leaves the story untouched. Pokémon: The First Movie is a beloved Pokémon classic, and since very little was in need of modernization, the remake is careful to avoid making too many big changes from the original movie.