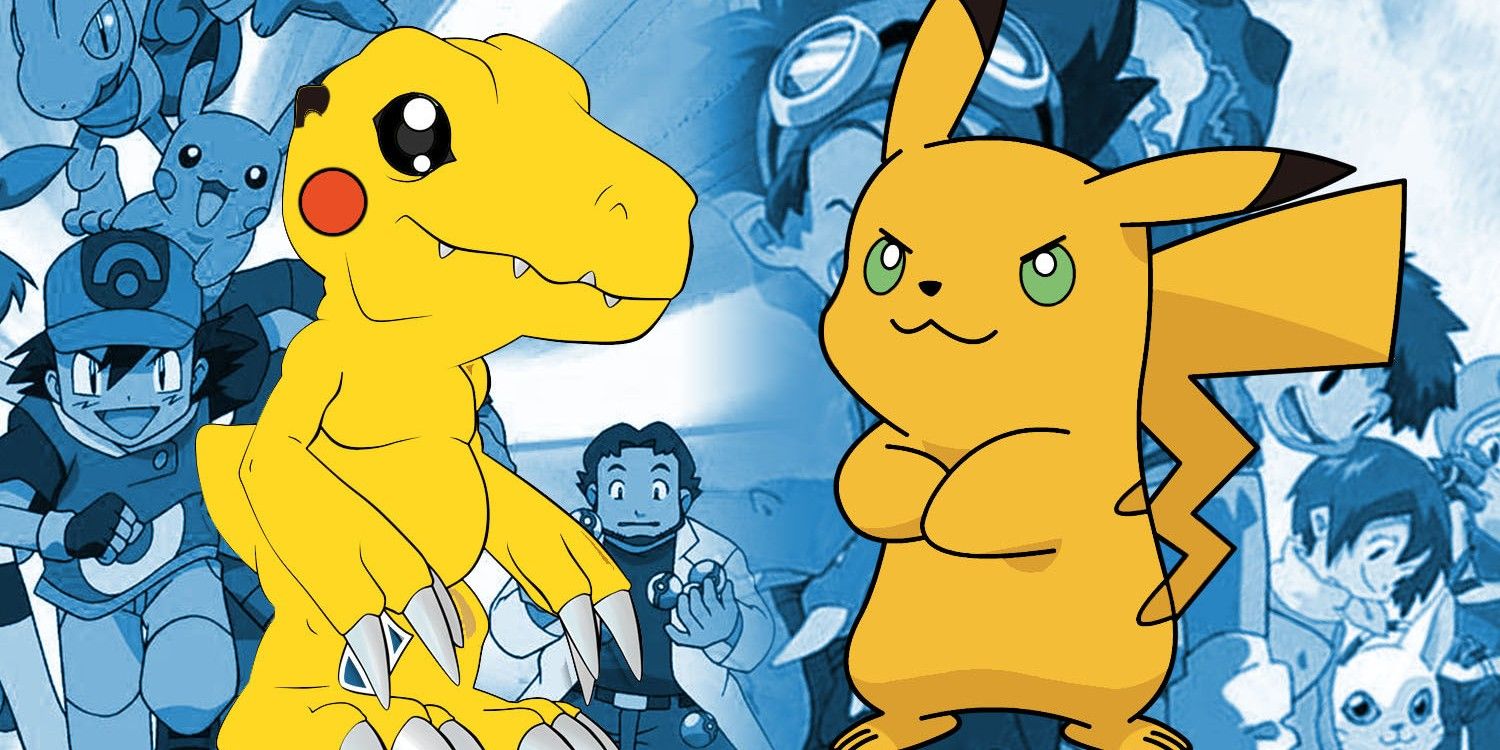 Pokémon may be the most famous Japanese media franchise built around the concept of collecting pocket-sized monsters that rose to prominence in the mid-to-late nineties, but it’s not the only one. While there are many other properties which feature similar stories, mechanics, and designs, the most notorious rivals of the Pokémon brand include the best-selling franchise Yu-Gi-Oh! and the digital monsters Digimon.

The latter of the two is probably the most similar to Pokémon, and not just in name. Where Yu-Gi-Oh! hones in on the card game and strategy aspects of the genre, Pokémon and Digimon are much more adventure-based. Each franchise, for instance, features a group of kids who embark on an actual, physical quest. What’s more, during said quest they must ally themselves with creatures that can evolve into a select number of more powerful forms depending on their levels of trust in one another.

But Digimon may not just be similar to Pokémon, the two series might actually be directly related to one another and even take place in the same fictional universe. According to one theory that first originated on Reddit, Digimon are actually the corrupted versions of Pokémon. In the Pokémon video games, players are able to store access Pokémon in the PCs conveniently located in the corner of every Pokécenter. These PCs, the theory maintains, form the link between the worlds of Pokémon and Digimon.

How Pokémon Could Turn Into Digimon

Although few players actually manage up to fill the hundreds upon hundreds of storage slots available inside these PCs, avid trainers might have found themselves in a tough spot where they had to delete one Pokémon’s file in order to make place for another. But where do these files go once they are deleted? According to the theory, digitized versions of Pokémon end up in the Digimon world once they are deleted or corrupted. It’s a bit of a leap in logic, but at least it explains the digital component of Digimon.

What’s more, the theory certainly makes sense from a visual standpoint, as Digimon typically feature grittier, elaborate, and — to use some vocabulary belonging to the series’ key demographic — cooler designs compared to their cute and cuddly Pokémon counterparts. The series is also much darker on a meta-level. Whereas Pokémon is an underdog story supported by textbook themes of confidence and persistence, Digimon‘s narrative covers anything from corruption to parental neglect, and much, much more.

The theory is, of course, just a theory. Neither spokespersons from The Pokémon Company nor Saban Entertainment — the organization which owns Digimon — have confirmed the theory, and probably never will. More likely than not, the two media franchises resemble each other in form and style because they tap into a common, marketable instinct among people, especially children: the desire to own and collect. Still, fans can dream that two worlds which they love equally could be connected to one another.

Tim is a Dutch journalist living in New York. He studied film and literature at NYU, his favorites movies are Kung Fu Panda and Pirates of the Caribbean: At World’s End, and his writing has appeared in PopMatters, History Today and The New York Observer among others.