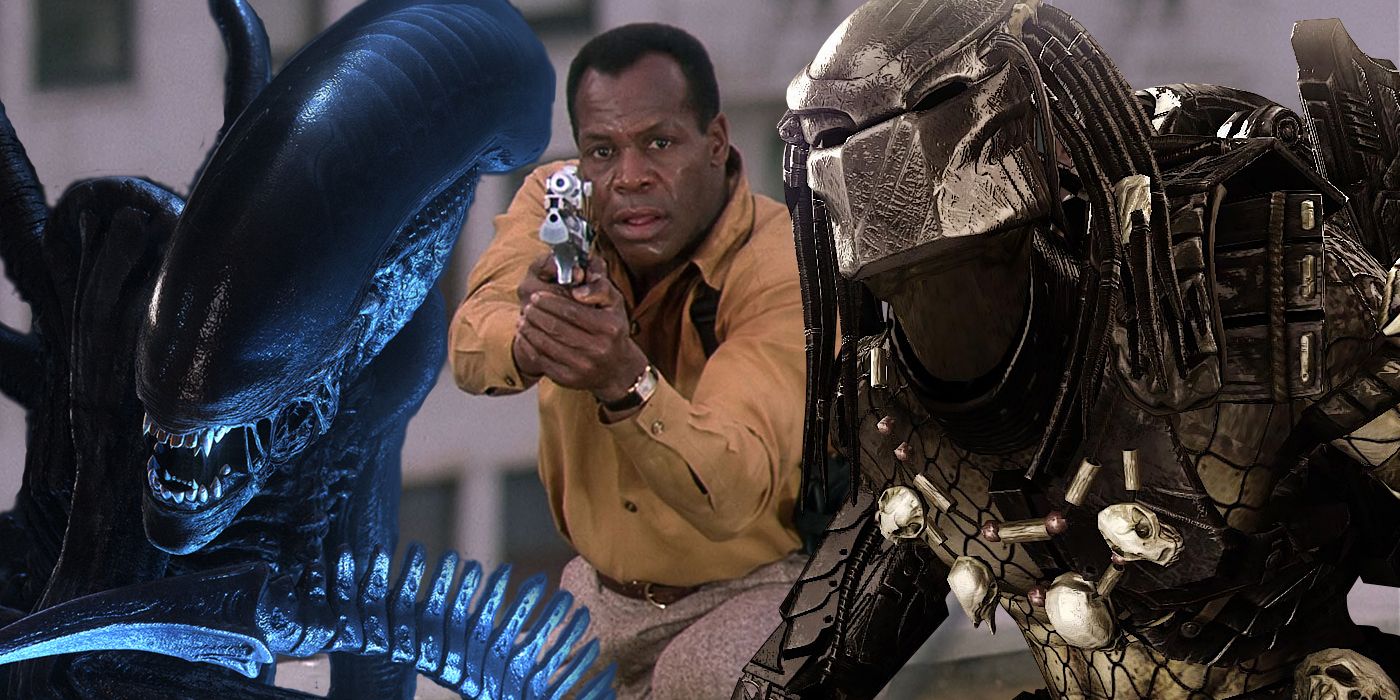 Alien vs. Predator finally happened in 2004, but 17 years earlier, Predator 2 featured an Alien Easter egg that served to tease the crossover. When it comes to sci-fi/horror, few franchises boast the credibility of Alien and Predator. Alien’s fearsome Xenomorph first appeared in 1979’s Alien, directed by Ridley Scott, and doing battle with Sigourney Weaver’s Ripley. Predator’s ultimate intergalactic hunter species made their debut in 1987’s Predator, directed by John McTiernan, and doing battle with Arnold Schwarzenegger’s Dutch.

Alien would go on to have four sequels, ending with 1997’s Alien: Resurrection. Predator would get a sequel in 1990, then again in 2010. In 2004 though, a crossover that had already occurred in multiple video games and comic books finally made its way to the big screen, as Alien vs. Predator arrived in theaters. Sadly, the film was PG-13, and thus quite limited in trying to live up to its R-rated predecessors. Ratings certainly aren’t everything though, as 2007’s dismal, but R-rated Aliens vs. Predator: Requiem proved.

Related: What To Expect From The Next Predator Movie

In more recent years, the Alien universe has expanded via two Ridley Scott prequels, 2012’s Prometheus and 2017’s Alien: Covenant. Meanwhile, Shane Black’s The Predator was released in 2018, to underwhelming results. It remains to be seen if Alien and Predator will meet again, but it turns out their union was teased by Predator 2, nearly two decades in advance.

In Predator 2, Lethal Weapon franchise star Danny Glover plays Lieutenant Mike Harrigan, who’s forced to tangle with the titular alien after it arrives on the mean streets of Los Angeles. While Predator 2 isn’t considered to be in the same league as Predator, the shift of setting from the jungle to the big city leads to some really fun action moments, and Harrigan proves to be an entirely different opponent than Dutch. While he’s a capable cop, he’s far from the musclebound badass Schwarzenegger’s hero was.

As Harrigan battles with the Predator late in the film on the creature’s own ship, Harrigan comes across what appears to be sort of a trophy room containing the skulls of the Predator’s conquests. Among these is a very recognizable Xenomorph skull, and while Harrigan doesn’t realize the significance of this, the viewer immediately does: at one point, a Predator killed an Alien. It was this tease that really kicked fan desire for a Predator/Alien crossover into high gear, and while it took 17 years to arrive on the big screen, the combination of both monsters across various media remains a popular one to this day. Hopefully one day someone comes along to give fans an Alien vs. Predator movie worthy of the concept.

More: Every Type of Predator Variant Seen In The Movies (And Beyond)

Michael Kennedy is an avid movie and TV fan that’s been working for Screen Rant in various capacities since 2014. In that time, Michael has written over 2000 articles for the site, first working solely as a news writer, then later as a senior writer and associate news editor. Most recently, Michael helped launch Screen Rant’s new horror section, and is now the lead staff writer when it comes to all things frightening. A FL native, Michael is passionate about pop culture, and earned an AS degree in film production in 2012. He also loves both Marvel and DC movies, and wishes every superhero fan could just get along. A long-term member of the Screen Rant family, Michael looks forward to continuing on creating new content for the site for many more years to come.