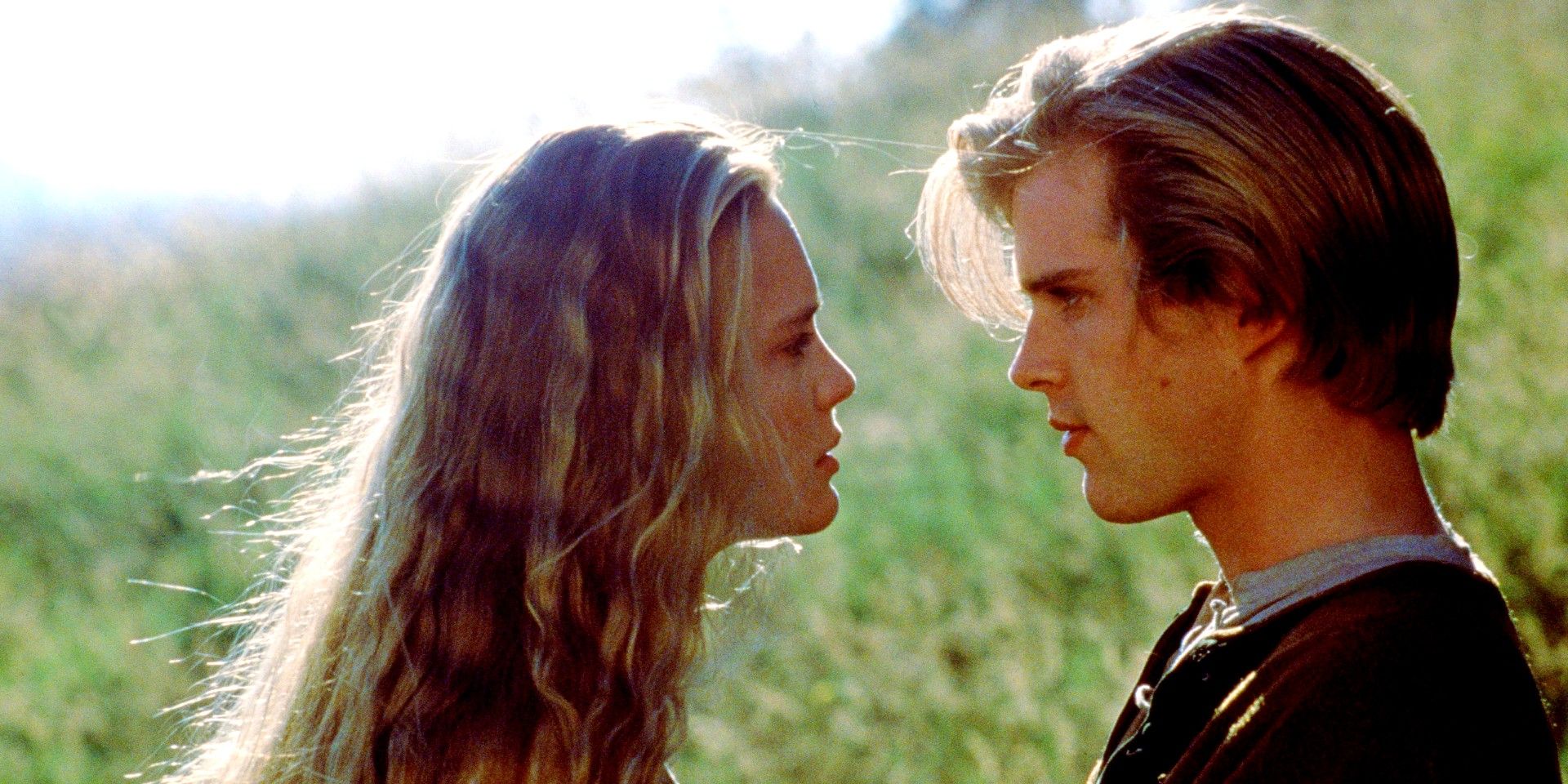 The Princess Bride, the widely loved 1987 fantasy adventure film, is being remade in a pandemic-friendly manner this summer. The original movie stars Cary Elwes, Robin Wright, Mandy Patinkin, and others. It follows heroes on a quest as they try to rescue Princess Buttercup, with the story told through a book read by a grandfather to his grandson. Fans can currently stream The Princess Bride on Disney+.

Variety reports the remake of the movie will be released in chapters on the mobile video platform Quibi, beginning Monday, June 29. New chapters of the film will be shared every day for two weeks. The film was made by cast members themselves at home using their phones. The remake will showcase many reimagined aspects of The Princess Bride, which include Sophie Turner and Joe Jonas gender swapping their roles, with Turner starring as Westley and Jonas taking the role of Princess Buttercup.

Related: The Princess Bride: Biggest Differences Between The Book And The Movie

This version of The Princess Bride will star many other well-known Hollywood couples as well, including Common and Tiffany Haddish, Neil Patrick Harris and David Burtka, and Chris Pine and Annabelle Wallis. Household names such as Hugh Jackman, Jennifer Garner, Elijah Wood, and many others will have a role as well. Meanwhile, original director Rob Reiner will play “The Grandfather,” and Fred Savage will play “The Grandson,” reprising his role from the original film. Luckily, fans don’t have to wait long for the first chapter of The Princess Bride remake on Quibi.

Next: What Princess Bride’s Sequel, Buttercup’s Baby, Was Supposedly About

Sherry Nelson: “Modeling, Movie Reviews and More”
With ‘The Eight Hundred’ Now 2020’s No. 1 Global Grosser & As National Day Nears, Will China Box Office Top Domestic This Year? – Market Rankings Chart
Reese Witherspoon Shares ’90s Selfie With Paul Rudd And Of Course He Hasn’t Aged
Jeremy Scott’s Moschino Collection, Displayed on Puppets, Reflects the ‘Upside-Down, Inside Out’ World
Who Is Nurse Mildred Ratched? Everything to Know About the One Flew Over The Cuckoo’s Nest Villain