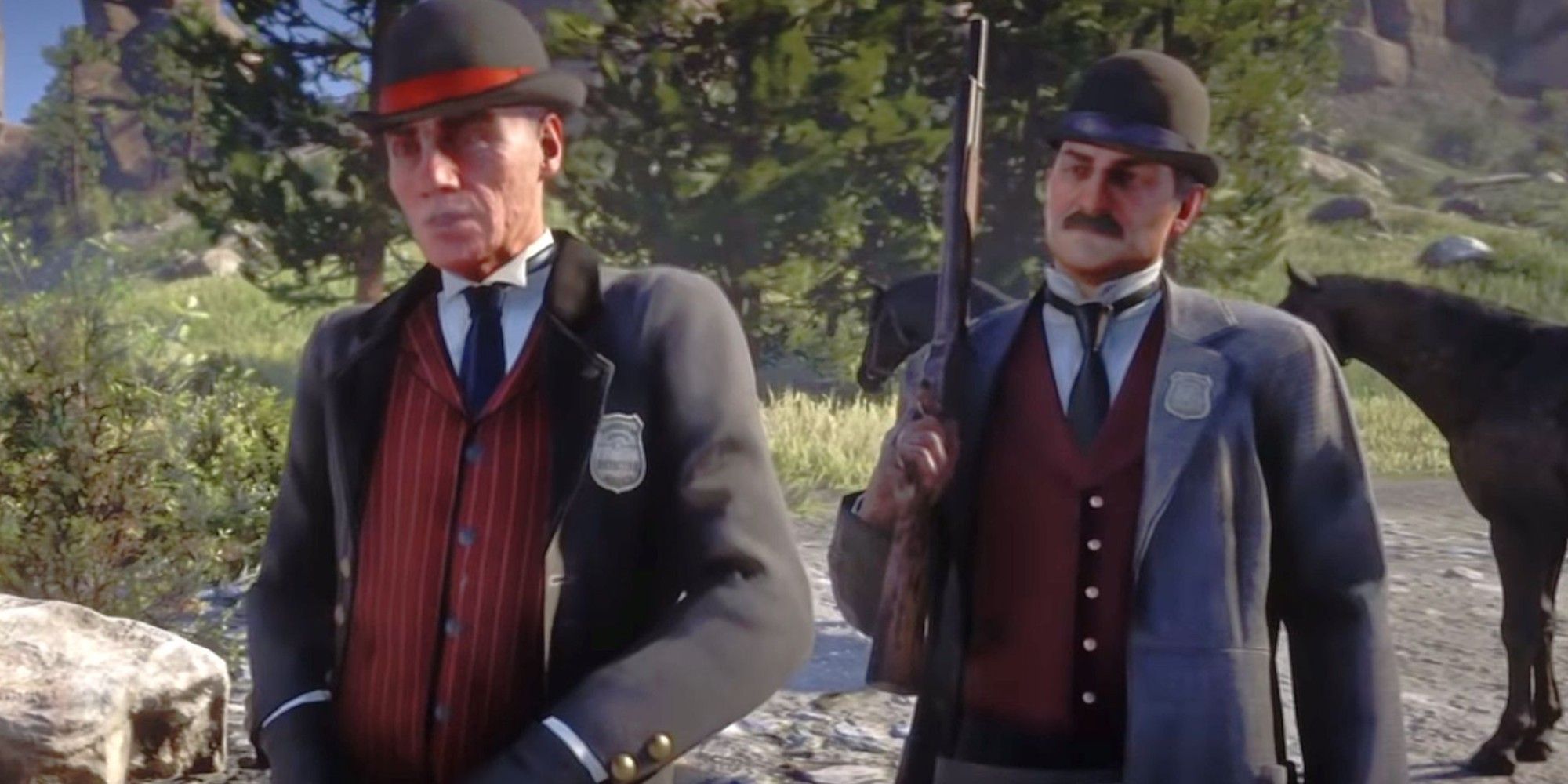 The Pinkertons were bounty hunters-for-hire that would accept contracts from private businesses or even the U.S. government. They specifically targeted outlaw gangs, including people like the Van der Lindes. Dutch’s gang got on their radar after the Van der Lindes robbed one of Leviticus Cornwall’s trains. The millionaire then hired the Pinkertons to tracks down the gang to make them pay for their crimes.

RELATED: RDR2’s Most Tragic Character Actually Has A Happy Ending

In the franchise’s prequel Red Dead Redemption 2, it’s revealed the Micah was ratting the gang out to the Pinkertons in order to save his own neck, which eventually resulted in the gang disbanding. In the first Red Dead Redemption game, John Marston is being blackmailed by the Pinkertons, working on behalf of the American government, to track down his old gang members.

RDR2’s Pinkertons Were Based On A Real Detective Agency

The Pinkertons — formally known as the Pinkerton National Detective Agency — are a real-life agency that still exists to this day. It was established in 1850 by Alan Pinkerton. Although the agency still operates, nowadays it runs as a division of Securitas AB, a Swedish security group. Alan Pinkerton became a household name after he claimed to uncover a plot to assassinate Abraham Lincoln, who then hired the agency to be his bodyguards amid the Civil War.

The real-life Pinkertons were not impressed with Red Dead Redemption’s portrayal of their agency. In 2019, the group (now known as Pinkerton Consulting & Investigations) sent a cease and desist letter to Rockstar games, Engadget reports. The letter claimed the video game developers had used the company’s trademarks without proper permission. Similarly, it claimed the Red Dead Redemption games threatened to tarnish their reputation since the Pinkertons are portrayed as the antagonists to the Van der Linde gang. The agency requested financial compensation in order to resolve the matter.

Rockstar Games fired back with their own lawsuit, however, arguing that a federal court should strike down any lawsuits on the basis of protecting their First Amendment rights. The developers defended the games by describing it as a “historically accurate” portrayal of the Wild West back in the 1800s, and that the representation of the Pinkertons is only one aspect of that. Rockstar also pointed to other examples in pop culture in which the Pinkertons have been referenced in a poor light, which have not resulted in cease and desist orders. Even though the Pinkertons have a substantial role in the Red Dead Redemption games, it sounds like the real-life agency would prefer if they didn’t have any part in it.

NEXT: RDR2: Leopold Strauss Was Actually The Most Loyal Gang Member

Alexandra is a freelance writer and editor based in Montreal. She enjoys being a plant mom, complaining about politics, and spending too much time playing Rockstar games.