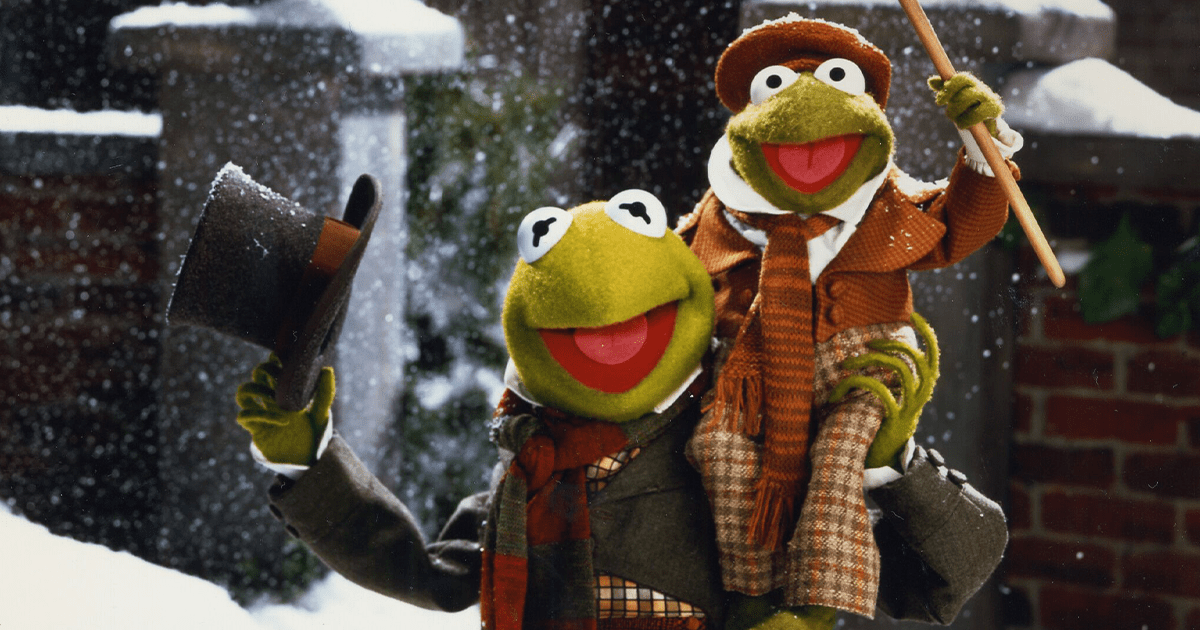 Home Alone 2: Lost in New York could easily slide into this slot because it’s a funnier film. Still, 1990’s Home Alone takes the cake in terms of overall quality. The story about a young boy who gets left behind by his family over the holidays brings big laughs and heart in equal measure thanks to John Hughes’ sharp script. Slapstick abounds, but director Chris Columbus gleans plenty from Kevin McCallister’s journey from a naïve child to a competent young adult and peppers the picture with enough holiday magic to ensure viewers walk away with plenty of Christmas spirit.

How the Grinch Stole Christmas (2000)

Ron Howard’s adaptation of Dr. Seuss’s classic children’s book isn’t very good, but Jim Carrey is so damned great as the Grinch that he lifts the overblown production to extraordinary heights. His performance is one for the ages, and he alone makes this one worth watching over the holiday season. The story revolves around why the Grinch stole Christmas from the Whos. Still, after spending an hour with our greedy pointy-nosed elves, it’s clear that Whoville needed a good ass kicking — a plot point that all but derails the story entirely and makes you root for the green-haired villain over the likes of Cindy Lou. Who saw that coming?

There’s nothing else to say about A Christmas Story. By now, you’ve either succumbed to the 24-hour TBS/TNT Christmas Day marathon or hate this 1983 classic comedy with a fiery passion. Hint: if you’re a hater (and there are several), give the pic another look. It’s pretty brilliant. Then, check out the not-as-good but still enjoyable follow-up, A Christmas Story Christmas.

This underappreciated pic boasts an incredible cast — Diane Keaton, Sarah Jessica Parker, Rachel McAdams, Craig T. Nelson, Dermot Mulroney, and scene-stealing Luke Wilson — a strong script and solid direction from Thomas Bezucha. Sure, the film is ripe with typical holiday mayhem and family drama. Still, the former is toned down considerably, and the latter packs an emotional punch—great acting from all involved.

Dark, gruesome, but undeniably fun, Joe Dante’s Gremlins may not deliver Yuletide cheer but is amusing enough to offer a unique counter to the typically joyous festivities. This one is a classic through and through and holds up astonishingly well all these years later. Pair Gremlins with Michael Dougherty’s Krampus for a double dose of violent mayhem.

Elf rocks for at least 75% of its runtime and then falls off the rails in a third act that lacks the punch of the first 80 minutes. Still, when Jon Favreau steps back and lets Will Ferrell do his thing, the results are often brilliant enough to propel Elf to the top of the must-watch-over-the-holidays list. Look out for Zooey Deschanel as Ferrell’s cute-as-a-button love interest.

This manic go-for-broke comedy too often gets shelved alongside lesser holiday fare but hits more than it misses thanks to Ryan Reynolds’ hilarious performance. Broad humor abounds, but Just Friends executes its slapstick with such precision I can overlook its shortcomings and crass attitude. Anna Faris is perfection as a Brittney Spears-type who must adjust to a weekend in the suburbs. She uses her overt sexuality to maneuver her way out of every situation with hilarious results.

Bill Murray is terrific as cynical TV executive Frank Cross in Richard Donner’s dark remake of A Christmas Carol — too bad the film doesn’t follow suit. Yes, it’s a perfectly entertaining comedy, but there was much more to glean from this premise; the picture feels like a disappointment after each viewing. Murray and a brief Carole King cameo make Scrooged worth your time, but there are certainly better offerings to hold your attention.

For all the flak Chevy Chase takes these days, the world entire should bow to the man for giving us National Lampoon’s Christmas Vacation. I watch this one every year and can confidently state that this John Hughes production is one of the most consistently funny comedies ever produced. Every scene is gold, and director Jeremiah Checkik squeezes every ounce of humor from his terrific cast. This is the benchmark for all entries in the calamitous Christmas comedy genre.

A Christmas Carol has received hundreds of remakes over the years, and it’s only fitting that the best of the bunch features a talking frog as Bob Cratchit. The songs are delightful, the atmosphere just spooky enough, and Michael Caine’s straightforward turn as Ebenezer Scrooge gives the production emotional heft. A classic through and through, and this is coming from someone who generally hates the Muppets.