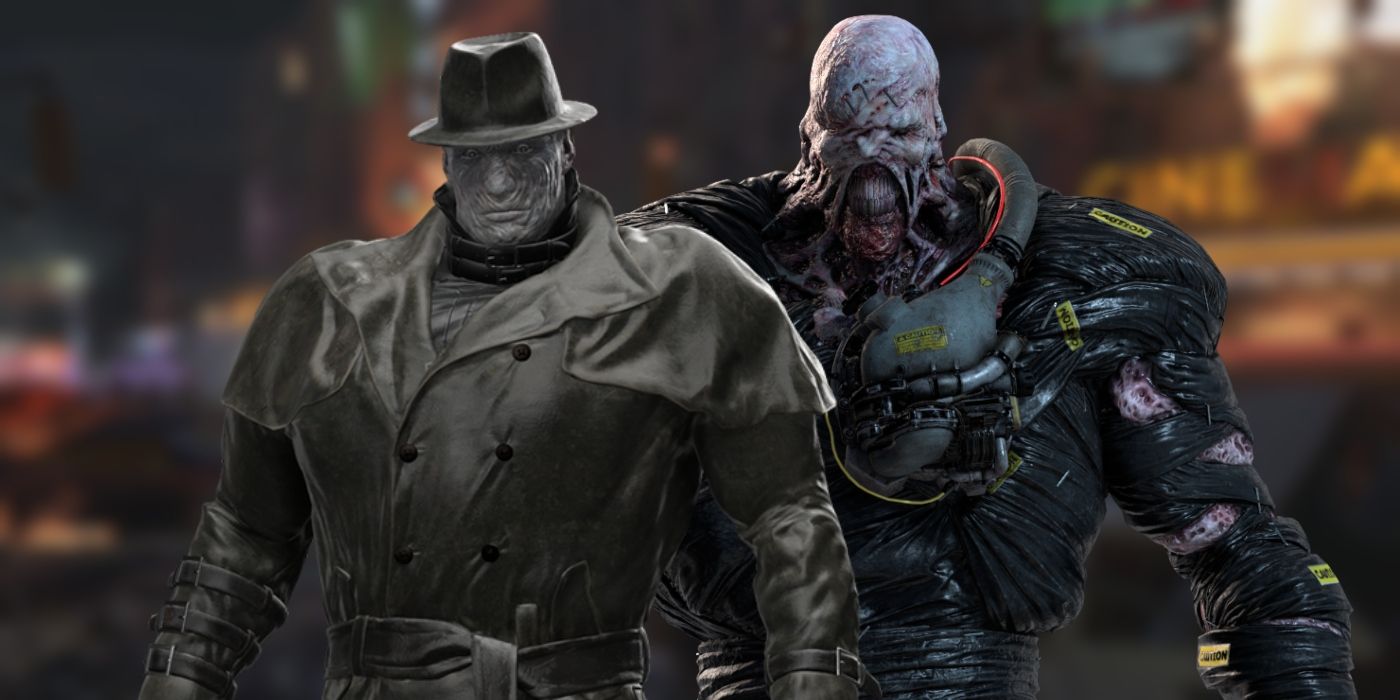 Capcom’s 2019 Resident Evil 2 remake amped up the original’s frights by introducing a more persistent version of its intimidating Tyrant antagonist, also known as Mr. X. As a remake of the game which previously hosted Resident Evil’s most dynamic stalking enemy, Nemesis, Resident Evil 3 had the potential to make its main villain even scarier than Mr. X. But many fans were disappointed in Nemesis’ in-game implementation, so Resident Evil 3′s big baddie may have lost his edge to RE2′s gray creep in a trench coat.

It’s not just Resident Evil 3′s Nemesis that disappointed players – many of the RE3 remake’s changes upset longtime fans, mostly due to how linear it is. Capcom cut multiple of the original’s areas and its “live selection” feature, which allowed players to alter the course of the campaign, encountering different locations and puzzles. While its unlockable item shop adds needed replayability, many fans of the original still didn’t care for the remake’s changes.

As a result, Resident Evil 3 has a 79 critic score and a 6.3 user score on Metacritic, compared to Resident Evil 2′s Metacritic scores of 91 and 8.8. But even if it’s an overall worse game, there are things Resident Evil 3 does better than Resident Evil 2, like the fun, arcade-y gameplay allowed by the item shop and a more appropriate use of unlimited saves. Whether that list includes its main antagonist, however, is debatable.

Who’s Scarier: RE2 Remake’s Mr. X Or RE3 Remake’s Nemesis?

After Mr. X’s persistent, dynamic stalking, fans assumed Nemesis would be given a similar treatment and allowed to attack players throughout the game’s world. Instead, Resident Evil 3 remake’s Nemesis is highly scripted, following a set path for all but a few encounters early in the game. After a final chase sequence before the sewer area, all of the game’s Nemesis battles are arena-set boss encounters or linear chases. On a first playthrough, these moments provide some impressive spectacle, but they become tedious and repetitive on secondary Resident Evil 3 runs.

Resident Evil 2′s Mr. X provides much more variety. While he does show up for some fairly straightforward chases, his unscripted and constant pursuit of the player in the Raccoon City Police Station is RE2 at its best. Hearing his footsteps approaching a room – especially when there are other enemies like Lickers around – is genuinely nerve-wracking, and unlike Nemesis, who can be taken down with a single grenade, running from Mr. X is almost always the only safe option.

Unfortunately, this also causes problems. Many Resident Evil 2 players have complained that, once players know Mr. X’s behaviors, he becomes a nuisance rather than a genuine threat. Its easy to grow accustomed to cheating his A.I. to gain a few seconds of freedom by walking around some tables or up a set of stairs, and he can sometimes be more annoying than scary when trying to solve puzzles or navigate the twisted R.P.D.

Still, Mr. X gets another leg up on Nemesis by being much more unnerving in his visual and sound design. While Nemesis is bigger, faster, and more grotesque, able to launch his Frankenstein’s monster-like body in front of Jill and sprint after her to deliver devastating punches, Mr. X’s slow, determined walk is spookier. Nemesis roars and goofily screams “S.T.A.R.S.,” but Mr. X is silent, aside from the intimidatingly loud clomping of his footsteps. Being stalked by a giant, quiet, gray man in an inexplicable fedora may sound a little ridiculous, but in the moment, it delivers more fear than Nemesis’ “what if we gave a big zombie a rocket launcher” design.

When Mr. X’s scares work, they really work, representing the modern Resident Evil remakes’ at their most terrifying. Nemesis is initially scary, but his scripted encounters and cartoonishly “badass” design can’t deliver the same level of consistent tension and horror found in Mr. X’s drawn-out pursuits. Although he may have his problems, Mr. X is scarier than Nemesis and clearly the better-designed stalker of the two.

Camden Jones is a freelance reporter and regular contributor to Screen Rant. He also contributes to sites like GameRevolution and ESPN Esports, and he is a former Game Informer intern. A graduate of the the Missouri School of Journalism, Camden writes mostly about video games and the people who play them, but he has dabbled in topics such as the Missouri state government and artificial cattle insemination.
Visit Camden’s website to see his full portfolio of work, including features, podcasts, and videos. You can also follow him on Twitter @CCJ1997 for updates on his latest work and thoughts on gaming, environmentalism, and K-pop, or email him at ccj1997(at)gmail(dot)com.