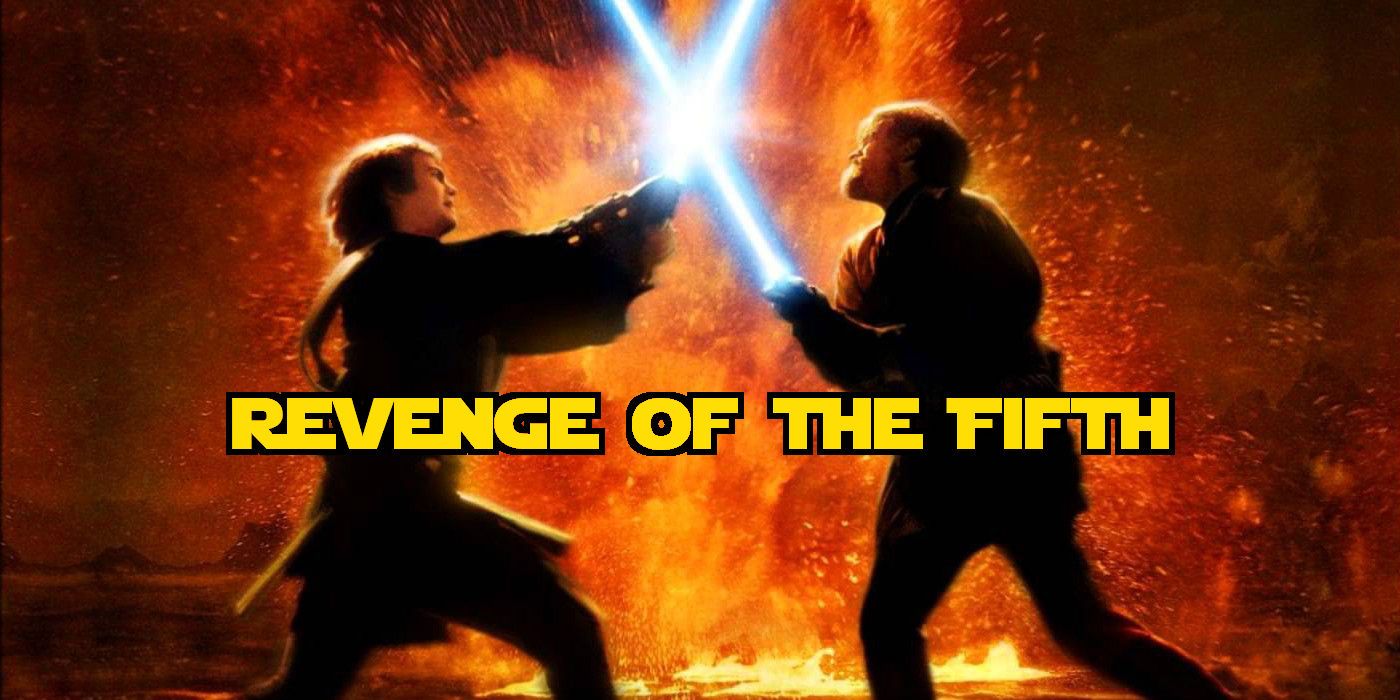 May the Fourth is not the only Star Wars day on the calendar, with Revenge of the Fifth coming right after. For decades, May 4th was the primary day of the year fans would come together to celebrate Star Wars since it, of course, resembles the famous saying, “May the Fourth be with you”. But while that’s remained the same in the present day, another day of celebration has been added to the calendar with May 5th, otherwise known as Revenge of the Fifth.

Back on May 4th, 1979, two years after the theatrical release of Star Wars, the phrase May the Fourth was coined for the first time. Its use was to congratulate Margaret Thatcher on becoming the Prime Minister in the United Kingdom. An advertisement in The London Evening News read, “May the Fourth Be with You, Maggie. Congratulations.” The play on the “May the Force be with you” mantra rose to prominence, becoming a worldwide phenomenon. It was alone for some decades until the release of the prequel trilogy gave it a dark side companion.

In the late 1990s and early 2000s, Lucas got to work on more Star Wars films. In the process of making the prequel trilogy, Lucas also inadvertently gave Star Wars fans a new “holiday” much like he did in the 1970s and 1980s. What’s more, that the new date comes immediately after the original. Revenge of the Fifth was born, playing on the title of the last prequel film, 2005’s Star Wars Episode III- Revenge of the Sith. It’s become more well-known today, but it took over half a decade for the name to come about and catch on in the pop culture lexicon.

The phrase first saw use in the early 2010s and has since grown nearly as popular as its predecessor. However, for as close as they are on the calendar, May 4th and 5th are celebrated in a few different ways. For one, Revenge of the Fifth is primarily dedicated to the prequel trilogy, as opposed to May the Fourth’s focus on the original. Also, it is a day of appreciation for the storied villains of the series, the Sith. May the Fourth, meanwhile, is associated with the Jedi as indicated by the “May the Force be with you” inspiration.

The Star Wars franchise grew rapidly in popularity beyond anyone’s best projections. George Lucas’ passion project exploded into a culture of its own seemingly overnight. Today, it’s an empire that continues to expand across the globe with no sign of stopping. So it’s fitting there are now two days of celebration for Star Wars fans. With 11 Star Wars movies, the franchise can no longer be contained to one single date. May the Fourth is a tried and true staple of the Star Wars fandom, but Revenge of the Fifth climbs the ranks with each passing year.

Next: Star Wars: Why Rogue One Is The Last Star Wars Movie Without Backlash

Shane started at Screen Rant in late 2019. From blockbusters to indie ventures, he’s there on opening night. He is currently attending the University At Buffalo for a Bachelor’s in Film Studies and has been studying film independently for years. He has also delved into the tedious world of stop-motion animation, putting together a handful of short films. When he’s away from movies, he can often be found in the gym. Of course, when he needs to wind down his Xbox controller is never far away. He can be found on all social media platforms @sheamus_oneill.