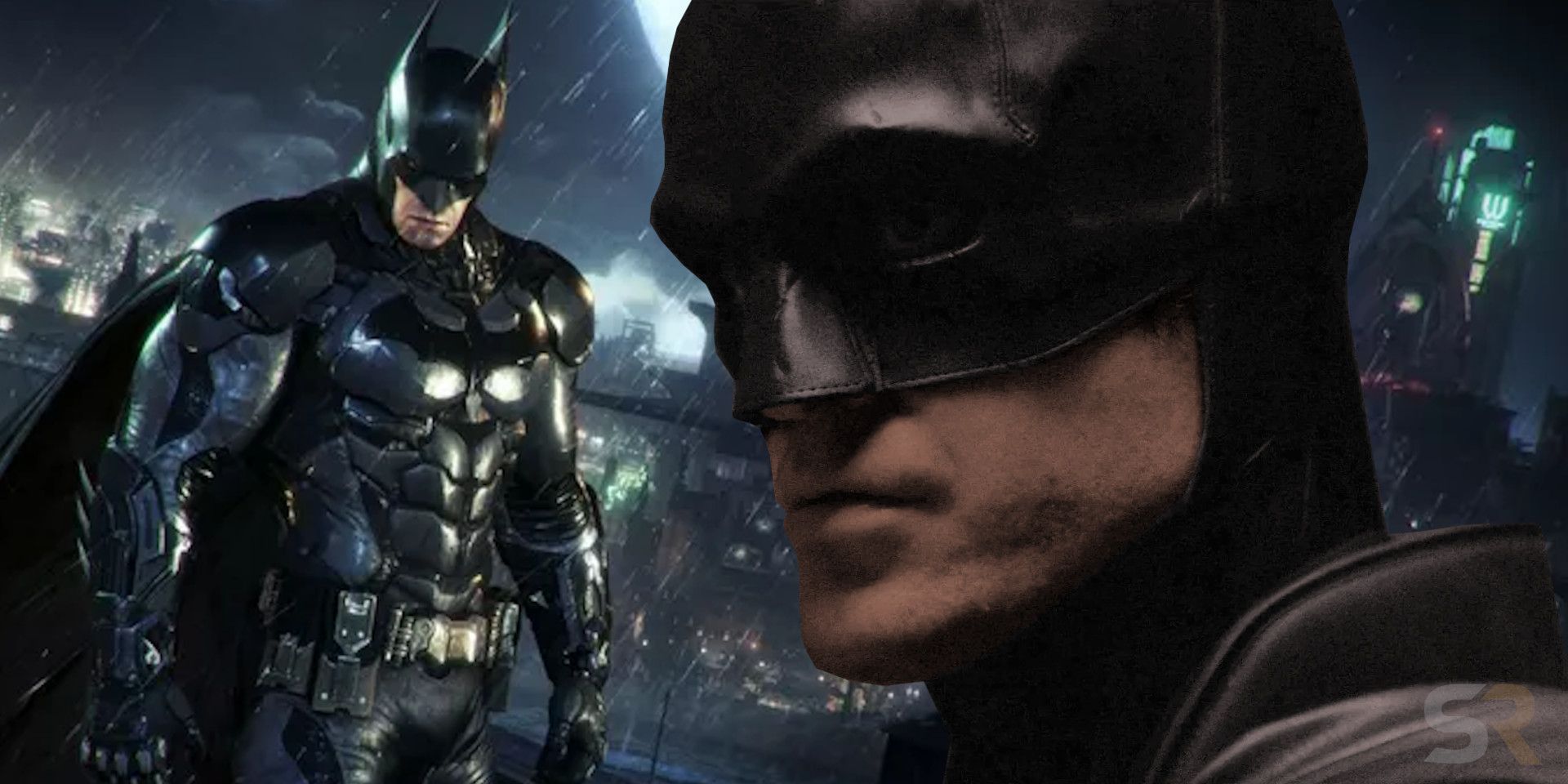 The first looks at Robert Pattinson’s batsuit from The Batman bears a number of similarities to the suit from the Batman: Arkham video game series. There is plenty of Dark Knight source material from the upcoming 2021 film to take inspiration from. Countless comics, films and video games exist with Batman at center stage, but one of the most popular forms of modern bat-media is the Arkham video games. So far, the suit is the only obvious similarity, however, there may be more deep-rooted story points that will be shared among the two different forms of media.

The Arkham games are some of the most well regarded of their time. In the span of 4 installments, they managed to take everything that was great about Batman, his rogues and his world and give them a unique twist, while never straying too far from what made them great in the first place. Suffice to say, this approach worked very well as fans continue to reminisce on the topic of the series. They featured a whole slew of villains, from the Joker to Clayface, without making any one of them feel uninteresting or out of place. The story was well written and kept players coming back for more, taking Batman in fresh creative directions.

Related: The Batman: What Robert Pattinson’s Costume Ears Reveal About The Movie

In addition to the story, the Batsuit in the games was an entity in and of itself. As the player progressed, the suit would become worn and the cape would get torn up. However, upgrades were never far away, as ballistic and melee armor were improved with time and new gadgets became part of the Dark Knight’s ever expanding arsenal. Especially in games like Batman: Arkham Origins where Bruce is still feeling things out as the vigilante, the suit was an integral part of his character evolution. As he improved, so did his armor, which generated an aura of progression.

Naturally, this is the kind of approach The Batman should take. With Robert Pattinson’s Batsuit giving off the impression that it is, in fact, a prototype, not unlike the one in Origins, and the added knowledge that the film will be set on 2 years into his crime-fighting run, it is implied there will be plenty of story to tell with his suit alone. An approach like this would be clearly inspired by the games, and would benefit the character and the film very much. This has worked previously, as Origins pulled it off quite well, so should the film take after the video game, it will be a smart decision overall.

There is a market for stories that are not straight comic adaptations, which is exactly what the film in question is shaping up to be. The inclusion of multiple villains, such as the Riddler and the Penguin, seems to be drawing from the aforementioned games. This was rumored to be the narrative structure of Ben Affleck’s Batman film before it was scrapped, so Matt Reeves may have used it as some inspiration when he took over, although his Batman will be much younger. Apparently the film will treat Batman as a more of a detective, which was something Arkham was known for translating masterfully to the screen. Bringing a bunch of rogues into the fold could help give the movie a noir presentation, coming across as a crime drama as opposed to a simple superhero flick.

As of now, there is a lot to look forward to in regards to The Batman. The suit is one of a kind, and the film easily could be too. Though it will only loosely look to its film counterparts for inspiration, it will also look to comics like The Long Halloween and maybe the Arkham games and weave them into their characterization of Batman and the run-down, crime-ridden world of Gotham City he inhabits.

More: The Batman Theory: Pattinson Doesn’t Have A Batmobile In His First Movie

Shane O’Neill is a writer, moviegoer, gym addict and all around nerd. From Marvel to Star Wars, he’s never too busy to catch a movie on opening night. He is currently attending the University At Buffalo for a Bachelors in Film Studies and has been studying film independently for years. For the past year he has reviewed films as a hobby and has been itching to share his thoughts with the world.