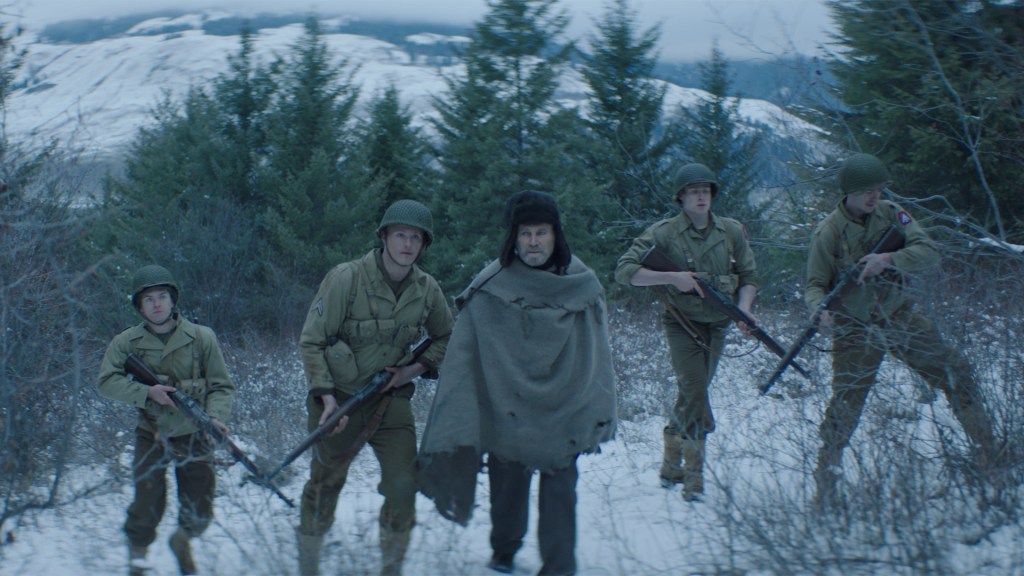 EXCLUSIVE: Fathom Events and Brainstorm Media are teaming on the theatrical release of Recon, the Robert Port military thriller starring Alexander Ludwig, Sam Keeley, Chris Brochu and Franco Nero. They are aiming to premiere the pic, set during World War II and based on a true story, as an exclusive one-night nationwide event November 10, the day before Veterans Day.

So far, the companies have lined up screenings on almost 350 screens at AMC and Regal venues as well as at smaller exhibitors, with an eye on 500 total before the event, which will feature behind-the-scenes footage and interviews with the cast and crew at each screening.

Port, who with Bill Guttentag won the Documentary Short Oscar in 2003 for Twin Towers, adapted Richard Bausch’s 2008 novel Peace about the true war story into Recon and made it his feature debut. The film centers on one long day as four American soldiers stationed in Italy debate their own fates and life itself as they struggle to make it off a mountain alive. They face the worst that war can offer and as a result each finds his own peace.

Fathom and Brainstorm previously partnered in July 2019 on a similar one-night-only event for Kathy Griffin: A Hell of a Story.

“We are honored to partner once again with Brainstorm Media and bring this important film to the big screen as we head into Veterans Day,” said Fathom CEO Ray Nutt. “Recon is a great way to honor those who served so bravely not only during World War II but to honor veterans of all wars.”

Added Brainstorm president Meyer Shwarzstein: “We are thrilled to be working with Fathom again on this film. No one is more effective at reaching audiences and bringing them together for a shared experience. Robert Port has made a film that is both authentic and moving and we can’t wait for people to see it this November.”