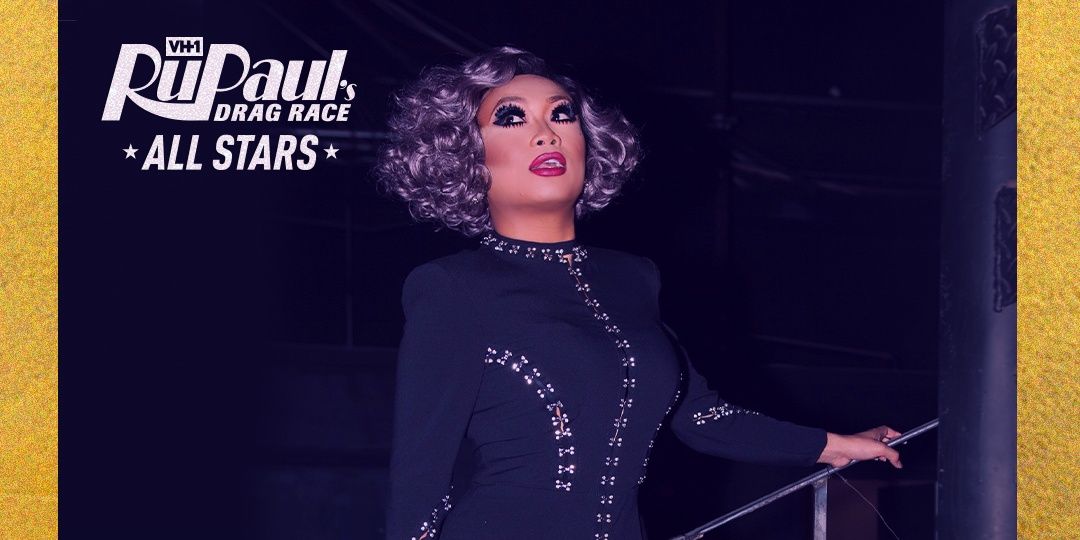 The drama takes center stage (next to and slightly off the shoulder of the true star Shea Coulee) in the newest episode of RuPaul’s Drag Race All Stars 5. There has been more cat-fighting in the Werk Room in three episodes of this season of All Stars than we have seen on the show in years.

In the Werk Room the girls expose that they all voted for Ongina to go home last week. Even Ongina voted for herself. It was disappointing to watch, but this episode’s elimination will not be such an easy decision. Before RuPaul enters the Werk Room, Alexis Matteo comes for Miz Cracker HARD. Alexis flat out asks Cracker if the way she got in Ongina’s head was for strategy. Cracker says she feels bad about the way it came out of her mouth and that her intention was to inspire Ongina to find the fire within her. Mayhem Miller and India Ferrah agree with Alexis that Miz Cracker is not being genuine. They accuse her of trying to save face and playing a game. This has Cracker doing what we have seen Cracker do many times before: get in her head. The Cracker is crumbling.

RuPaul tells the girls they have to do an interior design challenge. Every drag queen knows the fundamentals of drag are: looks, personality, sense of humor, and a subscription to Architectural Digest. Psyche. This challenge does not have a ton to do with the art of drag. Whoever came up with the idea for this challenge must have loose hamstrings, because mama… they are stretching.

The girls make the most of a strange assignment. Miz Cracker gets paired with Shea Coulee and Mariah. This feels like it is obviously going to be the winning team. Plus Mariah. They have the idea to do a Golden Girls theme which is truly genius. RuPaul is famous for watching Golden Girls in his dressing room in between takes. Thank God for Shea Coulee and her golden ideas. Jujubee is paired with Alexis Matteo and India Ferrah. This is a strong lineup. A lot of fans think this season is going to be Jujuebee versus Shea for the crown. Jujubee reminds us, however, that she has never ever won a single mainstage challenge on RuPaul’s Drag Race. Jujubee is one of the greatest tv personalities known to man, but a strong competitor she is not… yet. Maybe after Season 2 and All Stars 1, Jujubee has found the inner winner she needs to uncover. While Jujubee is learning to be more versatile and Shea Coulee gets used to the top that leaves us with the obvious bottoms: Mayhem Miller and Blair St. Clair. Every week we underestimate Blair St. Clair and every week she turns it out, but Mayhem is not the strongest and the fact that they have two brains on a team instead of three does not bode well for them in this challenge.

In the Werk Room Mayhem and Blair continue to talk about how tough it is to work with Cracker and how grateful they are that she is not in their group this week. Then Cracker starts talking about the girls in the cast who she works well with and respects. Alexis Matteo does not hear her name on this list and like Rachel Berry after seeing a cast list, she sees red and starts popping off. Alexis, once again, directs her anger toward Miz Cracker. Shea tries to come to Cracker’s defense because she sees that Alexis is trying to get into Cracker’s head. Last week it looked like Cracker might get the villain edit, but now it is pretty clear that Alexis is fixated on MizCracker. Even Jujubee calls it out. Alexis is out of line.

In the challenge, Shea, Cracker, and Mariah are… disappointing. It’s a shock. Shea’s physicality is great. Mariah is fine and Cracker is truly bad. She is clearly deeply in her head. Jujubee and her team are hysterical. It is absolutely Jujubee and her backups. Blair and Mayhem are… truly mediocre in this challenge. It is interesting watching all of these All Stars in their elevated post-original season drag after watching the high-quality drag that was showcased by everyone on Season 12. With the exception of Jujubee, everyone would have been outshined by every single cast member of Season 12 of Drag Race. Even the girl who was edited out of a lot of the show. That’s a problem. These girls need to really step it up if they want fans to adore this season.

RuPaul looks sickening on the runway. It is always fun when Mother does an adventurous look. Nicole Byer is the guest judge this week! She is so funny and such perfect energy for this show. She does a Drag Race recap podcast with Mano Agapion called Drag Her of which I was the guest two weeks ago.  The other guest judge is… someone who designs coats or something? Leave this in. The runway is three looks in one. This is one of the most fun prompts the show has ever done.

Blair St Clair looks great, but she does the slowest reveals ever. She looks like that girl who had a costume change malfunction in Frozen at Disneyland. Blair’s final look is stunning though! Mayhem is fine. It is underwhelming after Blair. Alexis Matteo has a fun, campy circus theme. The judges don’t like it, but it pleases this recapper! Cracker’s runway is incredible. That’s how three looks are done. Mariah does not get enough credit for how seamlessly her reveal is executed. She should have gotten points for timing. Some of these girls (Alexis and Blair) fully stopped and just changed costumes up there in slow motion. Ladies the runway is not a dressing room its a performance! India’s look is more like one look with parts she rips off of it. SHEA COULEE. Every week she destroys that runway. It is so unique and so beautiful. She tells a story with her three looks.

Jujubee wins the challenge! It is her first win in 3 seasons of this television show. The whole world feels the tears streaming down her face. Cracker, Mariah, and Shea get harsh critiques for their Golden Girls flop. Cracker and Alexis are safe. It’s strange. Shea Coulee is undeniably incredible on the runway. Her look is so gag-worthy. It feels like a producer ploy to put the top girl in the bottom and make sure Alexis and Cracker stay because they are bringing the drama.

When it comes time for voting Alexis and Mayhem vote for Shea to go home, because she is strong. It is horrible to watch. The lip-sync assassin is… Monet X Change! Monet’s lip-sync against Dusty Ray Bottoms is one of the funniest and most exciting ever on the show. Jujubee versus Monet, however, is not one we will be revisiting on YouTube. The assassin troupe is such a fun new twist, but so far we have seen three lopsided lip-syncs. One person is always not quite giving it. In episode one, Yvie mopped the floor with India. Last week Shea dominated and Alyssa Edwards did not bring her usual sparkle. This week the wonderful Jujubee was asleep at the wheel as Monet clearly wins.

We know that two of the girls voted for Shea to go home and Shea also knows that some of the girls are coming for her. She looks utterly terrified in her chair. Monet reveals that the queen picked by the group to go home is Mariah. A collective sigh of relief is heard coming from every gay person’s mouth around the world. Props to the producers for making this a true nail-biter, because it was terrifying thinking that Shea might actually kick the bucket this early in the competition. This might not be the strongest group of All Stars, but the format change is bringing us some truly exciting Television.

Tim is a stand-up comedian, originally from Sandusky, Ohio. His tour “Wait… Let’s Have Fun!”, has played over 13 cities in the United States and United Kingdom. His sketch comedy videos can be found on YouTube: @TMurray06.

Steve McQueen’s Lovers Rock Is a Reggae-Filled Celebration of Black Joy: NYFF Review
No Big Deal, Just Dwayne Johnson Ripping A Security Gate With Black Adam Might
THE HONEYMOON PHASE comes to Blu-ray + DVD on 9/29
JLo and A-Rod Sell Malibu House for Around $7 Mil
Trailer: We Want to Believe: The Barn Pt 1