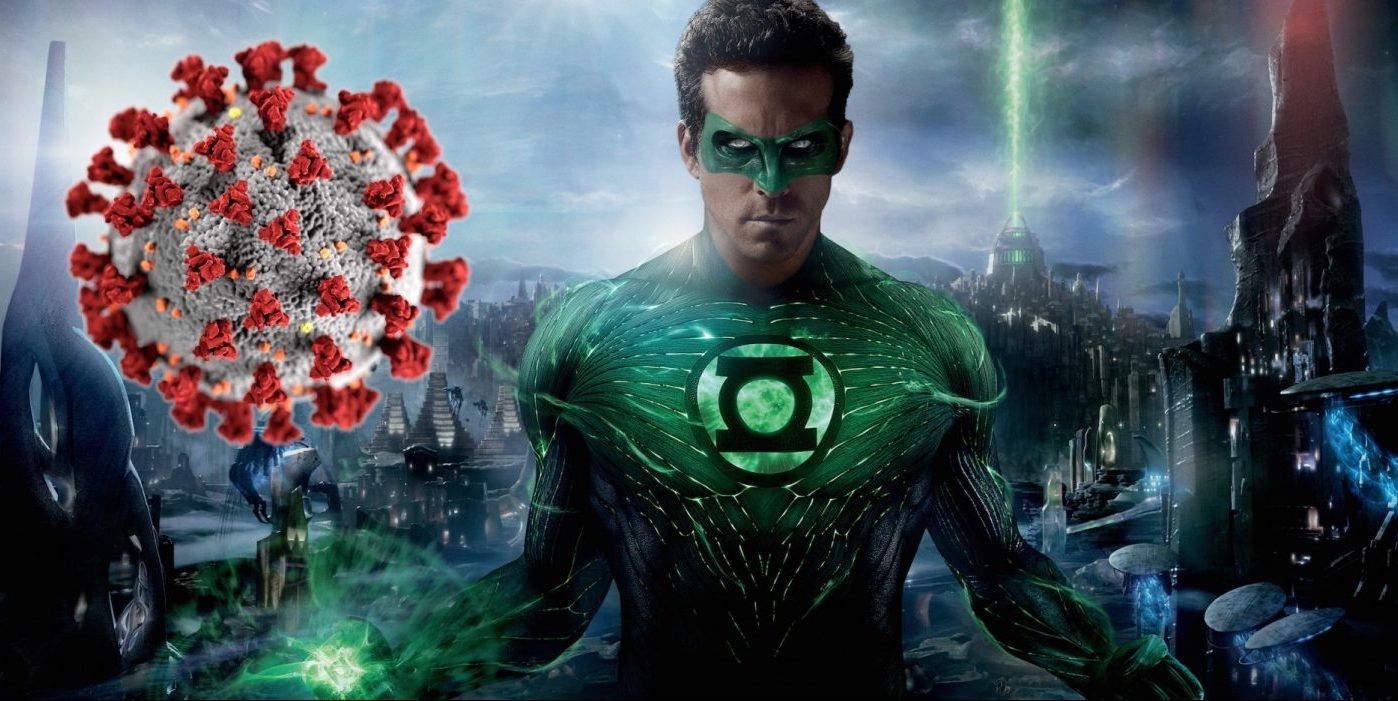 Ryan Reynolds is using Green Lantern to increase awareness of the coronavirus. Reynolds played Hal Jordan in DC’s Green Lantern. The superhero film is memorable for all the wrong reasons, living in infamy as one of the worst comic book films of all time. Its lackluster story, villains, and misuse of CGI didn’t sit well with critics in 2011; the movie earned a rating of 26% on Rotten Tomatoes. Reynolds himself has admitted to never seeing a final cut of the film.

Before Green Lantern, Reynolds played a misguided version of Wade Wilson in X-Men Origins: Wolverine. That comic book film was not well-received, either. However, instead of abandoning the superhero genre after Green Lantern’s failure, Reynolds bounced back in a big way. 2016’s Deadpool was a massive success. Deadpool and Deadpool 2 wiped the slate clean for the actor, becoming two of the highest-grossing R-rated films of all time. Both faithfully adapted their titular character while taking cheeky jabs at the missteps of Reynolds’ career.

Reynolds often uses humor as a means of positive catharsis, tastefully mocking himself and others (usually Hugh Jackman) on social media. In that same spirit, Reynolds shared a story on Instagram in honor of St. Patrick’s Day. In-line with its green theme, Reynolds made fun of the Green Lantern’s oath to promote cleanliness during our current pandemic. Check out his fun rhyme below.

Canadian native Reynolds met his wife, Blake Lively, on the set of Green Lantern. The pair recently shared on social media they have donated $1 million between Feeding America and Food Banks Canada to aid those brutally affected by COVID-19. Celebrities like Tom Hanks, Kristofer Hivju, and Idris Elba, who have tested positive for the virus, shared similar messages of optimism. Fans around the world are embracing social distancing and staying home thanks to the coronavirus. To slow the spread of the virus, people are being careful about how they interact with the world. This keeps places like hospitals from becoming overwhelmed in the long run.

As many restaurants, bars, and workplaces close, it’s hard to celebrate social holidays like St. Patrick’s Day. Reynolds’ post is an adept reflection of how many celebrities are trying to raise spirits and be mindful moving forward. Even though his rhyme falls flat, it lightens the mood while urging others to be serious about our current situation. Similarly to how Reynolds’ career recovered from Green Lantern, fans can aid recovery using humor.

More: How The Green Lantern TV Show Can Avoid The Same Mistakes As The Movie

Josh Plainse is an author, journalist, avid reader, movie and television fanatic based out of Wisconsin. After graduating from the University of Wisconsin Oshkosh with a BA in English, he embarked on a career as a freelance writer, providing content for a number of different websites, including Bookstr.com, Mandatory.com, and Comingsoon.net. Josh works for Screen Rant covering the latest in entertainment while simultaneously pursuing the never-ending dream of becoming an established novelist and screenwriter.
Josh would accredit characters such Goku, Han Solo, Simba, and Maximus Decimus Meridius for not only teaching him how to be a man but instilling within him an affinity for storytelling. It is this incessant obsession which has propelled him to seek opportunities that inform, entertain, and inspire others. Beyond that, he enjoys the occasional Spotted Cow (shout-out to New Glarus Brewing Company), doing push-ups, and wearing jean jackets on Tatooine.
Contact Josh directly: plainse(at)gmail(dot)com.

Dave Bautista’s My Spy And 4 Other Movies Pairing Action Stars With Kids (And Where To Stream Them)
15 Best Forgotten Disney Films | ScreenRant
Watch Andrew Bird Perform “Manifest” With His Family on Colbert
Five Canadian BIPOC-Owned Beauty Brands to Know About Now
Judi Dench Is Doing TikTok Videos During Quarantine, Says They ‘Saved My Life’