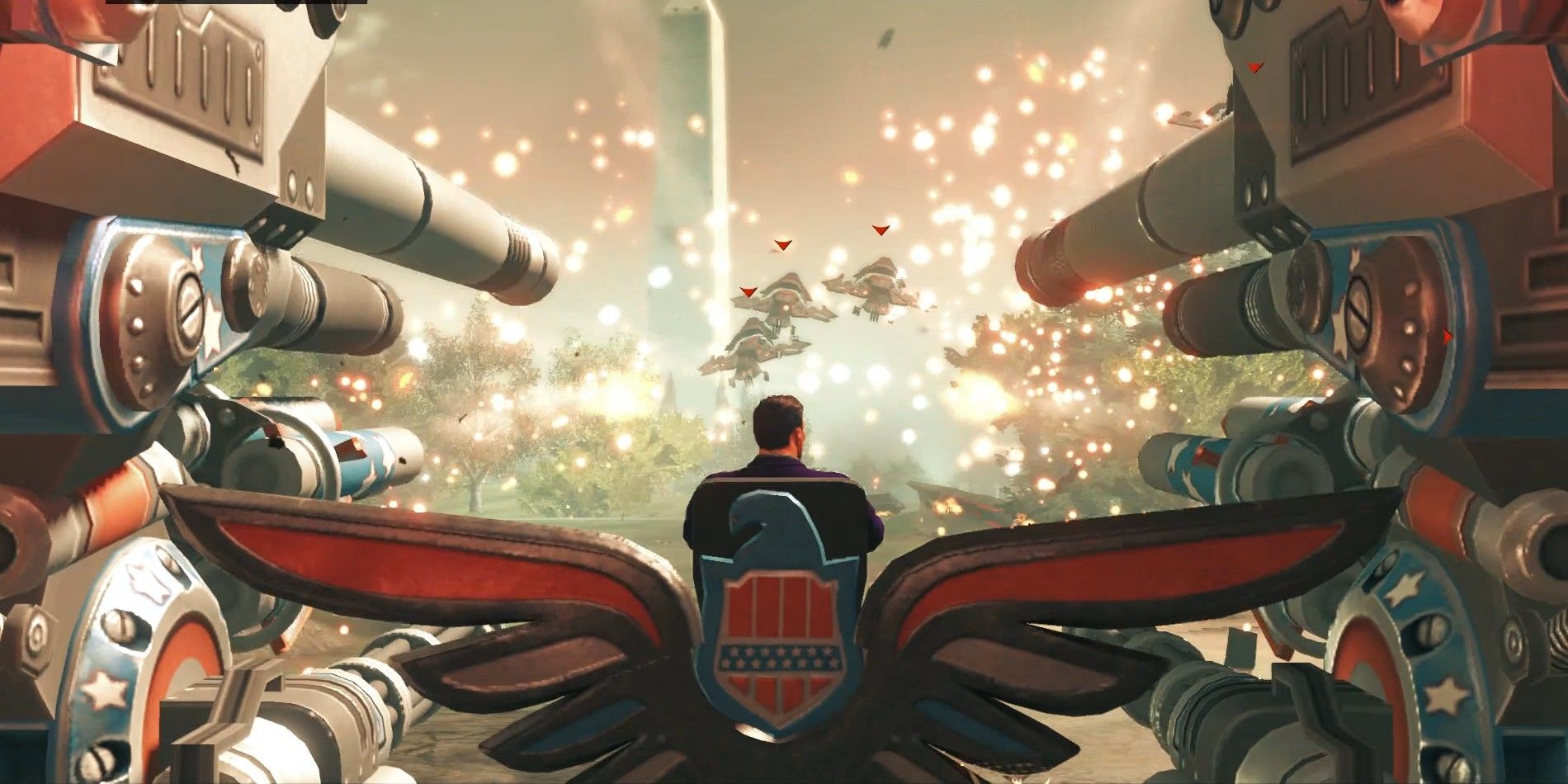 Saints Row IV: Re-Elected is the exact same game that released seven years ago. This is not a criticism of the game though. Many fans have replayed this title several times and revisiting Saints Row IV in 2020 is just as fun as it was back in 2013. While some of the jokes and goofs feel a little dated, the game is a blast to play even if there are a few bugs to deal with.

Visually, Saints Row IV: Re-Elected hasn’t changed much. On the Switch it plays in a way that is very similar to those who played it when it first came out. Saints Row IV does run slightly smoother though and it feels like being able to go portable is the way it should be played. It is excellent to have the option to pick up and go with Saints Row, whether that is on long car rides or just laying in bed.

Like a lot of shooter games, the Switch controls are not well-suited to Saints Row IV’s combat. Moving the crosshairs can feel slow and stilted in high stress situations. This is particularly annoying on higher difficulties, as players can find themselves dying often to slow controls. Luckily this can be rectified by just turning up the sensitivity of the control sticks or using a Pro Controller.

Saints Row IV is a joy to play though. The absurdity of the game still manages to feel fresh and fun all the way through the game’s campaign. The object of Saints Row is to cause as much mayhem as possible and the game’s opening mission of the game is still one of the best moments in the franchise. For those who have not played the game yet it will not be spoiled here, but just know that it involves a nuclear warhead and “I Don’t Want to Miss A Thing” by Aerosmith.

One of the biggest issues that players may have with Saints Row IV: Re-Elected is getting the DLC to work correctly. For this review, it was announced that the DLC was available after a certain point, but it took reinstalling the entire game in order for the DLC to finally show up. The base game is enjoyable enough, but the DLC packs a lot of extra missions and weapons that make the game more fun in the long run.

The humor of Saints Row IV may rub some players the wrong way. The world was very different and much less politically correct a decade ago. In a more modern environment some of the jokes from the game feel a little too offensive and probably wouldn’t work in a major game today, and other attempts at humor occasionally don’t work. The most offensive of these jokes are few and far between and can probably be forgiven by most gamers.

Those who decide to buy Saints Row IV: Re-Elected edition should know that this is the exact same game that released previously. Being able to play as a super-powered gang leader who becomes President of the United States is quite a unique gaming experience, and it would be a travesty if everyone didn’t experience it at least once. Saints Row IV: Re-Elected is an excellent port to the Nintendo Switch and even those who have played the game before might check this masterpiece out again.

Saints Row IV: Re-Elected releases on the Nintendo Switch in physical form on March 23, 2020 and digitally March 27, 2020. A Switch code was provided for the purposes of this review.