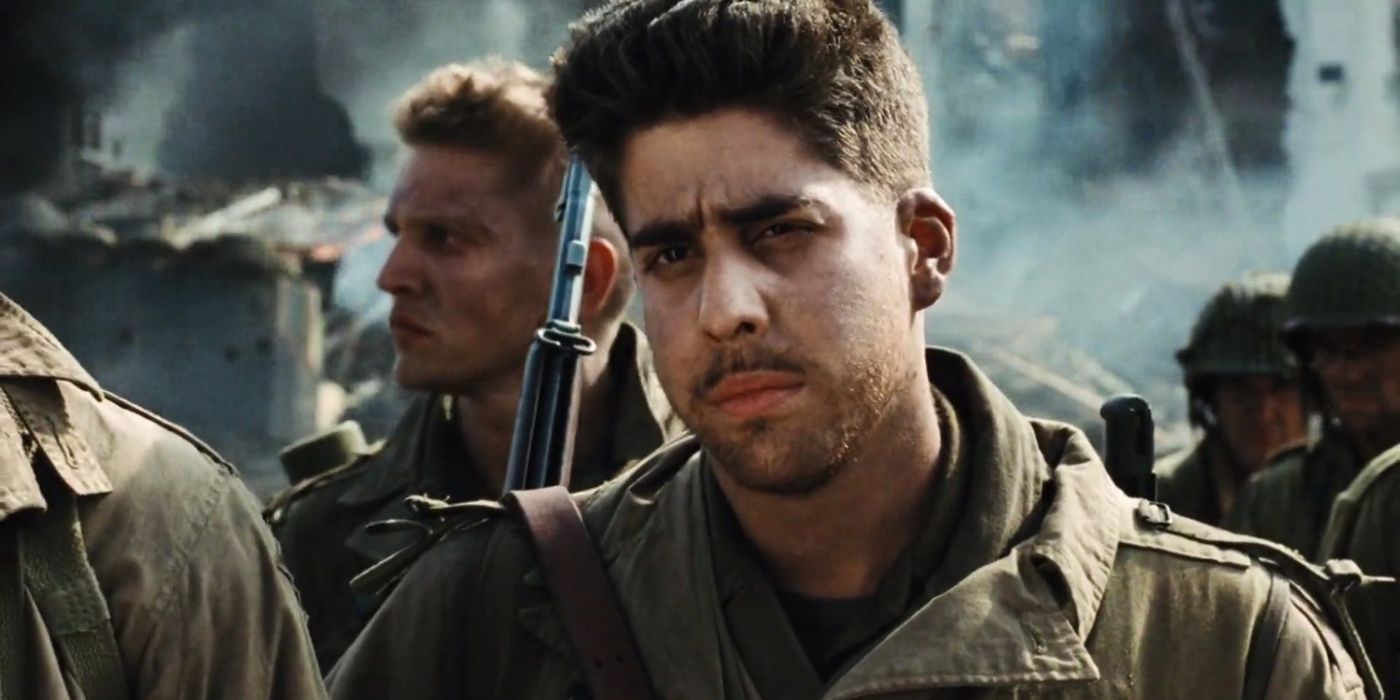 Saving Private Ryan has no shortage of disturbing sequences, but the knife fight scene might be the most harrowing. While there have been many war movies prior to Saving Private Ryan that dealt with the subject of World War 2, including The Longest Day, A Bridge Too Far and Kelly’s Heroes, none had presented the conflict in such a visceral way. Saving Private Ryan’s opening D-Day sequence alone is a relentless, extended battle that shows scores of soldiers being cut down by machine gun fire and explosions, with the camerawork intended to place viewers in the midst of the chaos.

The main thrust of Saving Private Ryan’s story kicks in after this scene, with Captain Miller (Tom Hanks) and his squad tasked with finding a young soldier named Ryan (Matt Damon) – whose three brothers have been killed in combat – and bringing him home. On the journey to find Ryan, the men question the logic of risking the lives of eight to save one and encounter a number of bloody conflicts. While the D-Day sequence might be the one audiences remember most from Saving Private Ryan, it features several haunting scenes, including the painful death of Medic Wade (Giovanni Ribisi, Sneaky Pete).

Arguably the most harrowing scene comes in the finale of Saving Private Ryan, where the squad has located Ryan and helps his unit hold off German troops in the town of Ramelle. A key sequence finds Private Mellish (Adam Goldberg, Fargo) alone and engaging a Waffen SS Soldier in hand to hand combat in a ruined house. The two soldiers struggle to overpower one another, while Mellish’s squad member Upham (Jeremy Davies) overhears the fight and cautiously approaches with his rifle.

Mellish eventually pulls out his knife in an attempt to kill the SS soldier, who proves too strong and overpowers him. While any other movie might have seen Mellish saved at the last moment by Upham, Saving Private Ryan instead shows the young soldier paralyzed with fear, unable to help Mellish. The SS soldier then starts plunging the knife towards Mellish’s chest, who pleads with the German to stop. The blade slowly sinks into Mellish’s chest as the SS soldier says in untranslated German “Give up, you have no chance. Let us end this. It’s easier for you, way easier. You will see, it’s over in a moment.”

Mellish slow death is one of Saving Private Ryan’s most harrowing moments because it’s so intimate. Watching the soldier plead for his life – knowing it will do no good – while Upham is so overcome with fear he can’t help, brings home some of the horrors of the conflict. The SS soldier later encounters the cowering Upham on the stairs, and for some unknown reason, lets him live. Upham eventually pulls the trigger on the German soldier who shot Captain Miller – who the squad previously captured and released after Upham begged them – but instead of being a heroic moment, it just symbolizes his personal loss of innocence. Over 20 years after the film’s release, audiences still find Saving Private Ryan’s knife scene one of its most haunting, which highlights the movie’s power.

Next: Bryan Cranston’s Saving Private Ryan Cameo Is His Most Underrated Performance