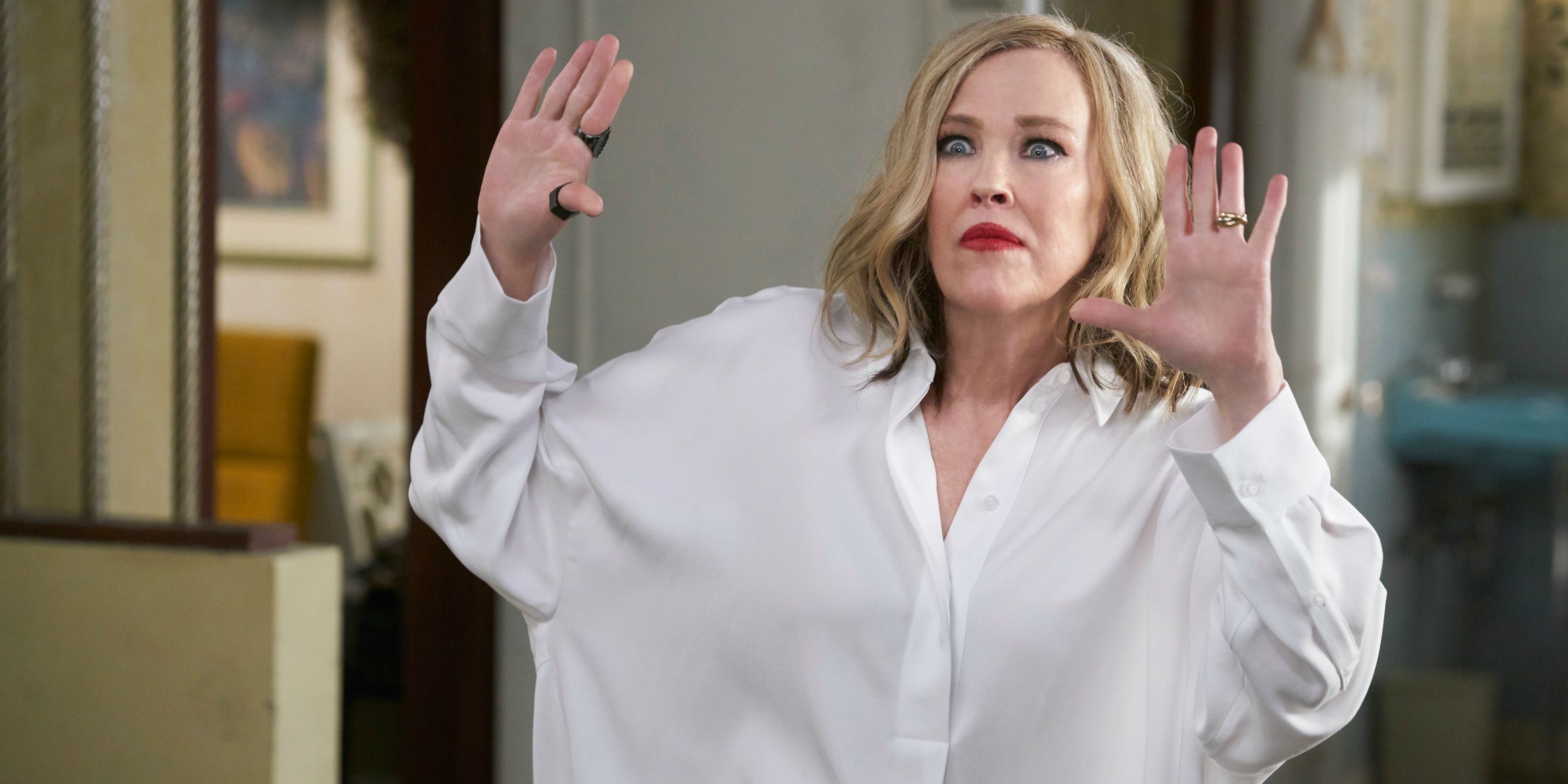 Moira Rose is one of the most strange, unique, and hilarious characters on television these days. While the entire Rose family from Schitt’s Creek brings the humorous moments and distinct personalities to the screen, Moira is really a standout. Catherine O’Hara’s acting and the inflections she does with her voice make the lines Moira says particularly memorable. Moira’s dramatic woes about having to live in a small town and not be rich anymore are often petty but strangely relatable.

Updated By Amanda Bruce On March 21, 2020: With the beloved Canadian series currently airing its final season, Moira Rose has had plenty of quotes to entertain audiences on Schitt’s Creek. Though the final stretch of episodes has been emotional for fans, there’s still plenty of hilarity to go around.

15 “BE CAREFUL JOHN, LEST YOU SUFFER VERTIGO FROM THE DIZZYING HEIGHTS OF YOUR MORAL GROUND.”

Over the course of the series, Moira has come up with some incredibly clever cut downs, even when she’s not entirely paying attention to what’s going on. This particular quote plays to the nature of much of Johnny and Moira’s interactions in Schitt’s Creek. While Johnny is more likely to try to keep his family in line, Moira is ready to go all out.

14 “THE LIVE CROWS ON SET WELCOMED ME AS ONE OF THEIR OWN. ONE EVEN TRIED TO MATE.”

The legacy of Moira’s acting career is soap operas, cruise ships, and very strange horror movies. With The Crows Have Eyes III, Moira thinks she’s getting back into the acting game, but really, it only proves to everyone else that her acting career is on emergency life support. Moira isn’t entirely oblivious to that, but she still takes her craft incredibly seriously, even if it makes the audience laugh.

Moira Rose is not someone who admits defeat. If she does, it’s usually dramatic, with plenty of fanfare, and with her admitting it’s also the end of the world. When she’s genuinely thinking she’s in the wrong, she doesn’t want to say so, which is why her telling Alexis this after Alexis wanted to have a hometown premiere for Moira’s movie is perfect. Moira might be able to begrudgingly admit her own mistake, but she hardly wants to give Alexis credit for the idea.

12 “WHO KNOWS WHAT WILL BEFALL US TOMORROW, JOHN? YOU COULD BE HIT BY A MACK TRUCK OR BOPPED ON THE HEAD BY A TINY PIECE OF SPACE DEBRIS.”

If there’s anyone who can make you think about the fragility of life while you laugh out loud, it’s Moira Rose. She goes through a roller coaster of emotions in the season six premiere. At one point, she genuinely believes her acting career is ruined, and she’s ready to give it all up to focus on daily life in Schitt’s Creek. By the end of the episode, that’s not true. The roller coaster allows her to give us this existential gem.

It’s no secret that Moira isn’t winning any parenting awards. While she grows a lot over the course of the series, it’s easy to see why she and Alexis didn’t have the best relationship in the past. Luckily, much of what transpires between Moira and Alexis is played for laughs. Moira, who gave birth to Alexis and named her, doesn’t even remember the middle name she gave her! We can all laugh about this line because we’ve all seen just how much Moira really cares about Alexis.

As far as her parenting is concerned, it’s safe to say that Moira is pretty eccentric. While she does care about her kids, she’s also rather selfish in a lot of ways. As the series goes on, the Rose family learns how to appreciate each other more and become closer, even though they remain as over the top as ever. In this episode from season three, Moira accidentally sees David with a one night stand. This prompts this hilarious and strange line that is just perfect.

9 “THE LAST TIME I FELT THIS EMOTIONALLY ENCUMBERED, I WAS PLAYING LADY MACBETH…”

One of the best things about Schitt’s Creek is hearing about the past adventures and foibles of the characters. While they might be living in a small town away from a glamorous life, they still have a lot to say about those times. Moire says this line that reads in its entirety, “The last time I felt this emotionally encumbered, I was playing Lady Macbeth on a Crystal Skies cruise ship during Shakespeare at Sea Week!” This quote is also funny given Moira’s delusions of grandeur about herself.

8 “GOSSIP IS THE DEVIL’S TELEPHONE. BEST TO JUST HANG UP.”

Some of Moira’s advice might seem great out of context, but she doesn’t always give advice that she herself would follow. Moira isn’t one to shy away from gossip or getting involved in other people’s business if it suits her. However, this doesn’t stop her from telling Twyla to avoid gossiping herself. The line is funnier in the context that Moira had just been gossipping herself about Alexis’ love life.

If there’s one thing that’s true about Moira, it’s that she’s very dramatic to the point of soap opera levels. Her dramatics are probably why her children can be pretty over the top, too. While many of us probably wouldn’t want to live in a place like Schitt’s Creek either, it’s not the worst place one could be. But, this doesn’t stop Moira from sometimes wishing to be put out of her misery, and the way she says these things is always hilarious.

6 “THE WORLD IS FALLING APART AROUND US, AND I’M DYING INSIDE.”

This is another great Moira Rose quote that can be used for many occasions. In times of stress or anxiety, many of us have felt this dramatically. While Moira’s idea about what the word falling apart means is pretty narrow, she at least knows how to express what she is feeling.

RELATED: 10 Things That Need to Happen Before Schitt’s Creek Ends

She’s no stranger to getting her thoughts and feelings out into the world. This lack of filter is what makes her one of the best characters on the show.

5 “WHAT YOU DID WAS IMPULSIVE, CAPRICIOUS, AND MELODRAMATIC. BUT, IT WAS ALSO WRONG.”

When Moira says this line to her children, it starts off seeming like she is scolding them for acting in these ways. But, in true Moira fashion, she’s actually proud of them for having these kinds of behaviors. This makes sense given that these personality traits are ones that she has modeled for them over the years. While she does scold them, she’s also proud of their melodramatic side and interested in honing that.

4 “WHY MUST YOU BE SO CONSTANTLY IRKSOME?”

If Moira is upset or bothered by someone, she’s definitely going to let them know about it. In some ways, this is an admirable trait as it’s all right to speak your mind sometimes. However, she isn’t very concerned about other people’s feelings which can definitely be a problem.

RELATED: What To Expect From Schitt’s Creek Season 6

Her impressive vocabulary when it comes to insulting people definitely makes fans laugh. Plus, she never fails to impress with her wide array of wigs.

3 “THIS WINE IS AWFUL. GIVE ME ANOTHER GLASS.”

This is another line from Schitt’s Creek that is highly relatable to a lot of people. At the end of a long day, winding down with a glass of wine can be comforting, even if the wine isn’t very good. Moira might go a little overboard at times when it comes to drinking, but she isn’t going to let that stop her from having a good time.

2 “WITH THE VIGOR OF A WARTIME RADIO OPERATOR.”

Some of the most entertaining things that Moira says have to do with using weird metaphors and analogies. She definitely has a unique way of talking about things that most people don’t. She is often in almost her own world that combines eccentricities of being rich and a low-level celebrity. It’s clear she often sees herself in some sort of drama that is playing out in her head, even if other people aren’t aware of it.

1 “YOU ARE BLIND TO REALITY AND FOR THAT I AM MOST PROUD.”

This line is said in the second episode of the first season, and it gives great insight into who Moira is as a character. She says this to her children as they are adjusting to the reality of their new situation. It’s no wonder she’s proud of the fact that they aren’t aware of reality because Moira herself isn’t either. While the entire family has to get real with reality quickly, they do adjust over time.

NEXT: 10 Great Recent Canceled TV Comedies You Might Have Missed

Amanda is a freelance writer in NYC. She is a professional writer and storyteller who loves TV, activism, and fandom. She would definitely die for Captain America.