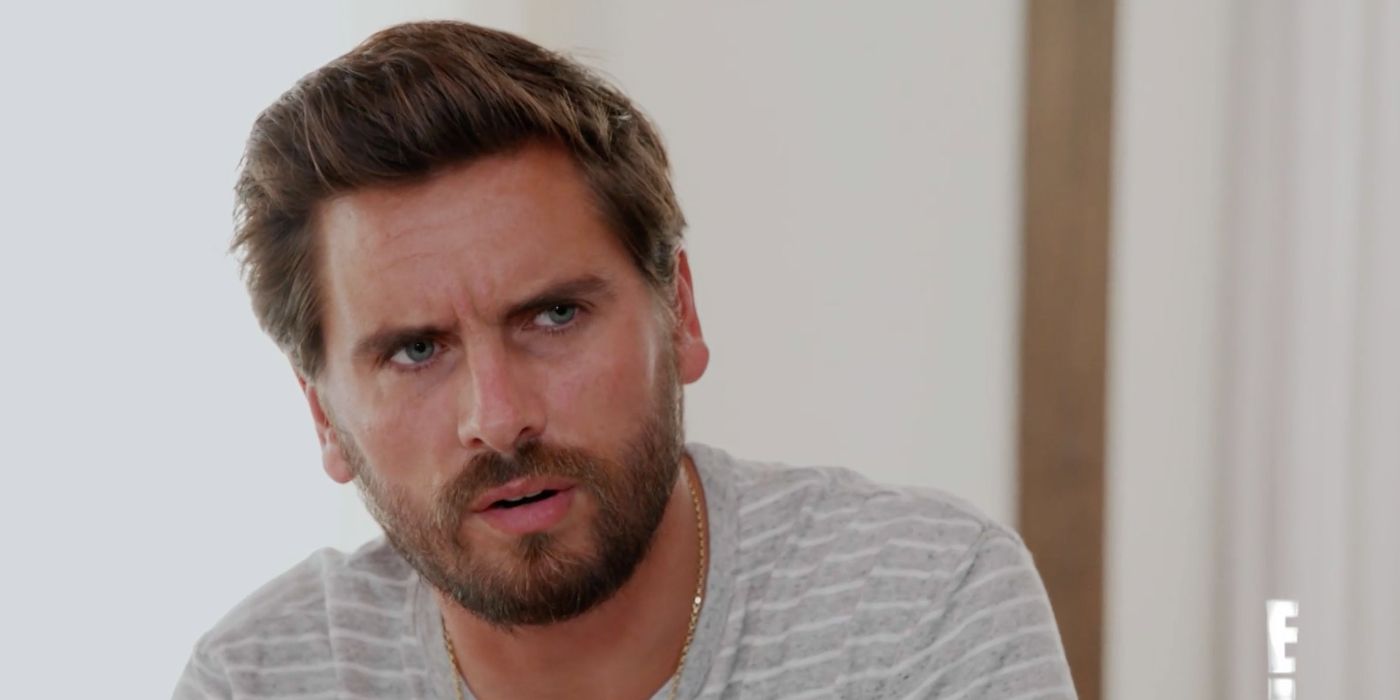 Scott Disick gets in an explosive argument and screams at Kris Jenner’s new boyfriend, Corey Gamble, after he said he would “whip” Scott and Kourtney Kardashian’s 4-Year-Old daughter, Penelope’s “a**.” The dinner on Keeping Up with the Kardashians turned bad after the blow out argument over disciplining Scott’s daughter.

Scott Gamble is relatively new to the Kardashian family. The 38-year-old started dating the 63-year-old family matriarch, Kris Jenner, in 2014. Even though the pair have been dating for all this time, Gamble is still relatively unknown to the Keeping Up with the Kardashian audiences. The couple has been going strong, but they mentioned back in 2017 that they have no intention of ever getting married, as they’re happy as boyfriend and girlfriend. How the two met is still unknown, but since Gamble was serving as Justin Beiber’s tour manager back in 2014, it makes sense that they met, as Beiber and the Kardashians are close. Gamble and Jenner’s relationship had kind of a rocky start, as fans watched back in 2014, when nearly all of Jenner’s daughters called the 25-year-age difference, “creepy” and were unsure of his intentions with their mom. Even Kim Kardashian’s husband, rapper Kanye West, expressed concerns and bluntly asked him why he’s been so secretive.

It seems that in an attempt to make Gamble and the rest of the family closer, Jenner had them all over for a dinner – and it didn’t go so well. In a sneak preview of next Sunday’s episode of Keeping Up with the Kardashians, the family is seen sitting around a table. Kourtney says to the camera, “I am shocked about last night,” referring to the dinner. At the table, there is Jenner sitting alongside Gamble, across the table is Kourtney and Disick, in the background Kim and her friend Jonathan Cheban. The clip starts with Gamble saying, “If P scratch me, I’m whipping her a**.” In which Disick asks for clarification, asking Gamble, “my daughter?” Gamble is, in fact, talking about 4-year-old Penelope “P” Disick. The drama didn’t stop there – check out the full clip below:

Gamble continues to talk about how he’d discipline Penelope, saying he’d “give her a spanking for sure.” While protective dad, Disick, screams, “My little daughter?!” Gamble continues to push the issue, saying that “whippin’ is that discipline” that his daughter needs. It seems that all of the Kardashian/Jenner women are letting the two of them hash it out as they stay quiet and continue to eat their dinner. Disick warns Gamble, “Don’t you ever talk about a child like that!” That’s when Gamble gets mad, saying, “Motherf*cker, what you talking about?” And that’s when Disick tells Gamble to “get the f*ck out of here!”

It seems like the attempt to bring the two families closer has failed, and the shock and surprise are seen all over everyone’s’ faces at the dinner. Even though the clip is just a few seconds of the entire dinner and there the context in which they’re talking about discipline is still uncertain, there are plenty of fans already weighing in on who’s right and who’s wrong. There are fans that are siding with Gamble about how him speaking the truth about what he believes to be right about discipline is an admirable thing. Meanwhile, there are fans outraged and feel that Gamble is getting too comfortable with the family and crossed a major line. Audiences will have to wait until next Sunday to catch the rest of the explosive fight.

Next: Kim Kardashian Posts Pictures of Kids at Their New Ranch in Wyoming

Keeping Up with the Kardashians airs Sundays at 9 pm EST on E!.

Tags:
keeping up with the kardashians