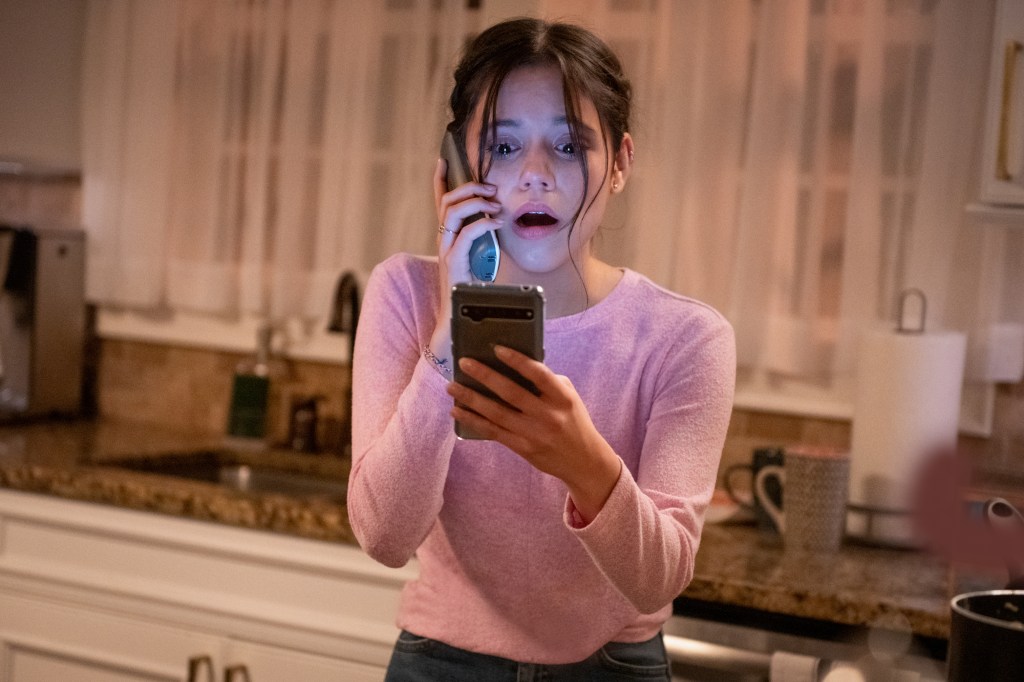 Sony/Marvel’s Spider-Man: No Way Home is expected to cede its No. 1 four-weekend run to Paramount and Spyglass Media’s Scream over the MLK four-day holiday, the latter eyeing a take that’s in the $20 million-plus range at 3,661 theaters.

There’s a shot that Scream goes higher, but we’ll leave any lofty predictions in this funky pandemic, Spider-Man-dominated marketplace to what 18th century economist Adam Smith called “the invisible hand”. By previous measurements, the best opening for a pure horror movie over the MLK holiday belongs to Universal’s Andy Muschietti directed title Mama which collected $32.1M back in 2013 (I would argue that M. Night Shyamalan’s Glass with a $46.5M start in 2019 was more of a thriller).

In the transition from Paramount studio boss Jim Gianopulos to Brian Robbins, there’s been a lot of chatter out there how the Melrose lot looks to embrace a more streaming future similar to its rivals. The studio has already released two movies in theatrical-day-and-date fashion on its streaming service Paramount+: Paw Patrol and Clifford the Big Red Dog. However, good on Paramount: I understand that Scream, billed a “re-quel” (reboot and sequel) was always intended to be theatrical (versus day-and-date) given its great reviews (currently at 86% fresh) and the potential here for the slasher to be a conduit for communal moviegoing, the fifth title in this genre canon being filled with laughs and scares. It’s been 11 years since Scream 4. The first movie back in 1996 was an anomaly at the year-end box office opening to a modest $6.3M and mushrooming to $103M domestic and spawning a franchise though four previous titles that racked up $534.3M worldwide.

The new pic brings together old Scream dramatis personae Sidney (Neve Campbell), Deputy Dewey (David Arquette) and Gale Weathers (Courteney Cox) with a new generation of burgeoning stars including Melissa Barrera, Jenna Ortega, Jack Quaid, Mikey Madison, Mason Gooding and Jasmin Savoy Brown among others. Scream is directed by Ready or Not filmmakers Matt Bettinelli-Olpin and Tyler Gillett and written by Guy Busick and R. Christopher Murphy. The feature was a co-financed production between Par and Spyglass, the latter who absorbed the old Dimension genre library. Previews for Scream start at 7PM on Thursday. The 18-34 crowd is the potent bunch here for Scream. Despite movie theaters being closed in Quebec and Ontario Canada, the movie will still be released in the Great White North and eventually hit cinemas in those shuttered provinces once locations reopen.

Spider-Man: No Way Home will easily topple Avengers: Infinity War to becomes the 5th highest grossing movie of all-time stateside, besting that 2018 pic’s domestic tally of $678.8M by Friday. The holiday will work in the MCU sequel’s favor for a fifth weekend ease between -40-50% ($16M-$19M). The Jon Watts-directed movie currently stands at $673.6M after a $2.8M Tuesday.

GKids has booked in 1,300 theaters, Mamoru Hosoda’s Belle. The pic, which starts Imax previews Wednesday in select markets, will play in Japanese and an English dub version with voice work by Chace Crawford, Manny Jacinto, Hunter Schafer and Kylie McNeill. The pic is the director’s first since his Oscar nomination for 2018’s Mirai  (which was the first Japanese animated movie to earn such distinction that was not produced by Studio Ghibli). Belle made its world premiere at Cannes. Belle follows Suzu, a shy high school student living in a rural village. For years, she has only been a shadow of herself. But when she enters “U”, a massive virtual world, she escapes into her online persona as Belle, a globally-beloved singer. Belle counts five Annie Award noms including Best Indie Feature, Best Direction, Best Writing, Best Production Design and Best FX. The movie stands at 97% fresh on Rotten Tomatoes. Mirai, released by Gkids in 2018, wound up making $812K in the U.S. and Canada during its total run.