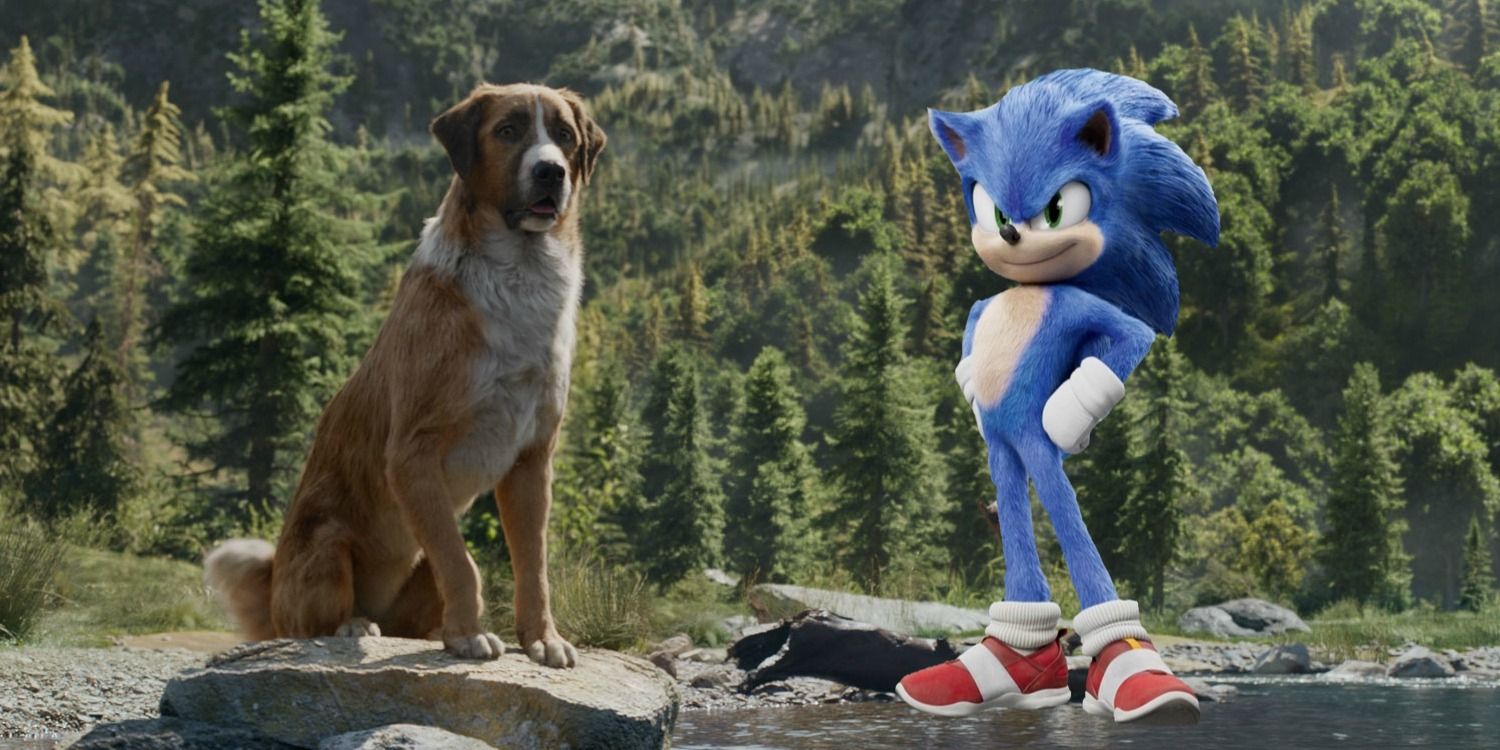 Sonic the Hedgehog continued its box office reign this weekend, barely beating new movie The Call of the Wild in domestic gross. Sonic the Hedgehog was released last weekend and is based on the popular video game. After negative reception to Sonic’s original design for the movie, Paramount made the surprising decision to redesign the character. This led to Sonic the Hedgehog‘s release date being pushed back several months and also led many to wonder how the film would do at the box office. Now, it seems Sonic fans didn’t need to worry, as the movie has done well in theaters, even putting in the best opening weekend ever for a video game movie.

Unlike Sonic, The Call of the Wild just opened this weekend. It stars Harrison Ford as John Thornton, a man who meets a dog named Buck in Yukon. It’s based on the beloved novel by Jack London, with the story taking place during the Klondike Gold Rush in the late 1800s. It’s also notable for being the first movie released by Disney’s new 20th Century Studios, which was formerly knows as 20th Century Fox. The Call of the Wild got a new introductory logo thanks to the change. Like Sonic the Hedgehog, the movie also released later than originally expected, in this case because of Disney’s other releases in December.

Related: Why Call Of The Wild’s Dog Was CGI: Who The Real Buck Is

This time of year is always a little quiet for new movies, as the flashier action and superhero films tend to debut in spring and summer. Meanwhile, the holidays are more likely to feature awards contenders looking to generate buzz before the Oscars, Golden Globes, and other awards ceremonies. There are exceptions, of course, such as Jordan Peele’s Get Out and Black Panther, both of which were released in February and became massive hits. It didn’t stop either from doing well on the awards circuit either, with Black Panther becoming the first superhero movie to earn a nomination for Best Picture.

More: Why Sonic The Hedgehog’s Box Office Was So Much Better Than Expected