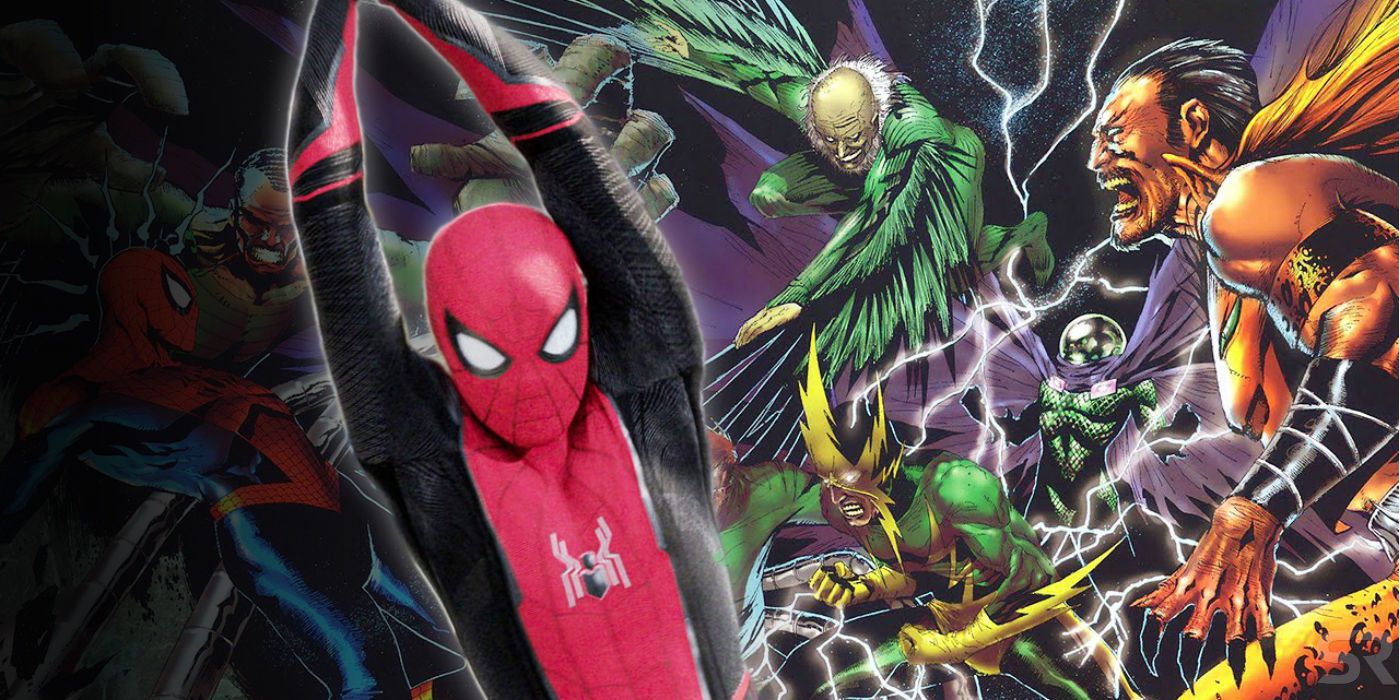 Spider-Man has been a part of many superhero teams, like the Avengers, but one time he led his greatest foes, the Sinister Six! Making their debut in The Amazing Spider-Man Annual #1, the Sinister Six were founded by Otto Octavius, Doctor Octopus, with the intention of destroying Spider-Man once and for all. The initial line-up of the team consisted of Doc Ock, Electro, Sandman, Mysterio, Kraven the Hunter, and the Vulture, each of whom had lost to Spider-Man on their own.

Together, however, Octavius reasoned, the six villains would be more than enough for the Web-Slinger to handle. Sadly for Octavius, the team was promptly defeated by Spider-Man, as the six comrades opted to fight Spider-Man in one-on-one fights, hoping to wear him down enough for the next member to finish him off. Despite the team having banded together over the years with different members, with Hobgoblin and Venom being members at one point, they had never been successful in permanently bringing down Spider-Man. However, a unique set of circumstances would bring the Six together, only this time as a super-heroic team.

Otto Octavius, nearing death, had swapped bodies with Peter Parker, and effectively replaced him as the Superior Spider-Man. Octavius, as Spider-Man, had a more villainous method of taking down crime, in some cases employing lethal force against some enemies. This drew the attention of the Avengers, which Spider-Man was a member of at the time, and the super-team placed Spider-Man on probation. Otto was displeased with this turn of events and, not wanting to associate with heroes he deemed “inferior,” opted to create his own team of super-heroes. Over the course of several months, Otto began to capture his former teammates of the Sinister Six, with the villains unaware that “Spider-Man” was actually their old leader. Some of the original members of the original six were unavailable to recruit, namely Kraven and Mysterio, so Otto instead captured a knock-off Mysterio, “Mysterion,” and the Chameleon in their place. Otto then utilized his technology to subjugate the five villains under his control, and with this, the “Superior Six” were born.

The Superior Six made their debut fighting the Wrecking Crew, a villainous team that’s gone toe-to-toe with Thor, as they were attempting to rob tech company Alchemex. Otto was able to use his technology to control each of the Six simultaneously while also fending off the Wrecking Crew. However, this came with a drawback, as each time one of the Six were injured or weakened, Octavius’s control over the Six would weaken, as the feedback from his technology would weaken Otto’s mental control. The five villains, who were appalled by “Spider-Man’s” actions, eventually united against their common foe and began to destroy all of New York. Otto, looking on at the destruction his “team” caused, he reflects on whether or not he himself is worthy of being a hero in the first place.

The “Superior Six” was a perfect showcase of both the best and worst of Otto Octavius as Spider-Man. Though the Superior Spider-Man would be a hero for a  short while longer after this incident, Peter Parker would eventually reclaim his body, and return to the care-free hero we know and love. However, when villains like Electro would suffer problems with their powers, in no small part to Otto’s experiments on them, it would further fuel villain’s hatred for Spider-Man. Though he tried to make them heroes, Spider-Man instead made the Sinister Six some of his deadliest foes.

Next: Which Spider-Man Family Hero Has The WORST Origin?