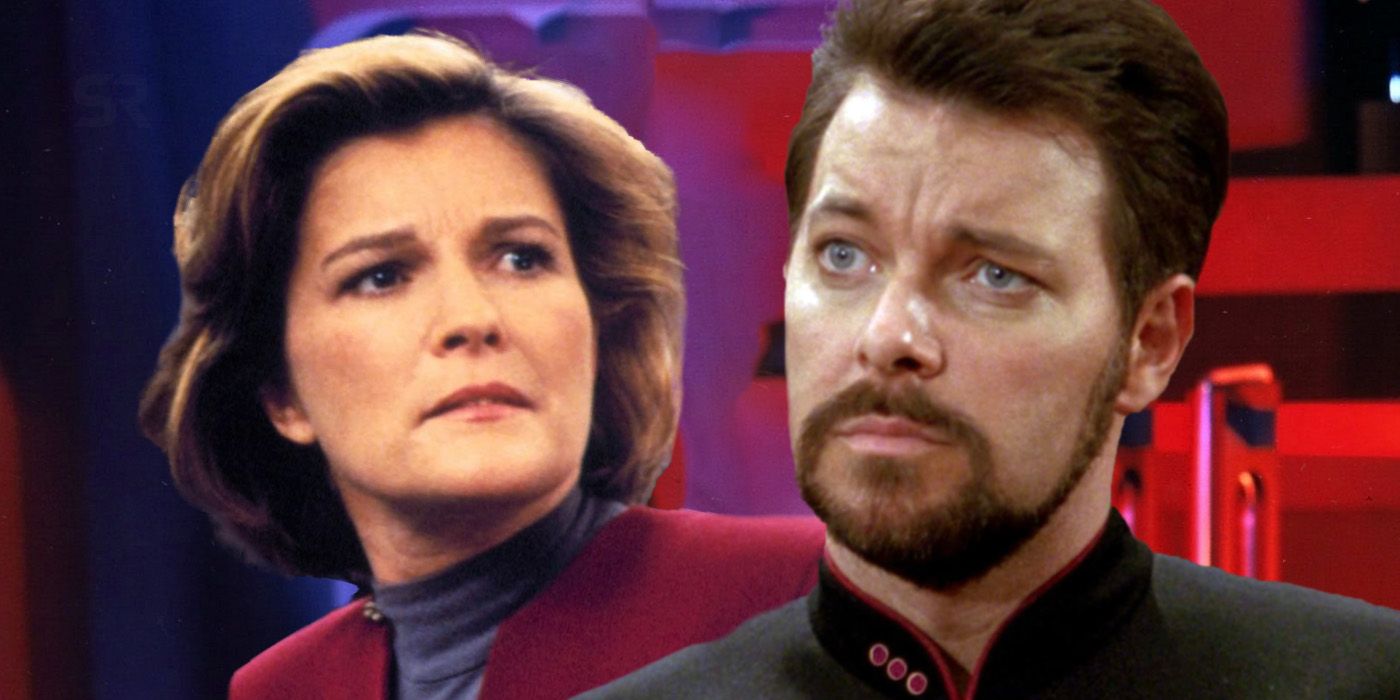 Star Trek: Voyager would have been completely different under Captain Will Riker. Jean-Luc Picard considered Riker to be one of the finest officers he’d ever met, but his Number One was famously reluctant to leave the USS Enterprise. In truth, Riker appears to have simply been resistant to change, instead enjoying the relationship with his captain/father-figure.

And yet, Picard doesn’t seem to have been the only one who believed Will Riker deserved a captaincy of his own. Starfleet offered him the captain’s chair of the USS Drake, the USS Ares, and the USS Melbourne. There’s actually a throwaway line of dialogue from Q that suggests he was even given a shot at the USS Voyager as well – but, of course, he turned them all down.

Related: Which Star Trek Movies & Episodes You Need To See To Understand Picard

Q’s comment raises the question of just how Riker would have handled the Voyager commission, which became a lot more exciting and unpredictable than Starfleet could possibly have expected. So just how would he have fared with the Delta Quadrant?

It’s easy to forget how big a deal the casting of a female captain was back in 1995. Although Star Trek had been building up to this for years - Star Trek: The Next Generation had featured a number of female captains and admirals – the announcement led to a massive backlash. There were reports of several bomb threats, as well as legitimate death threats. Paramount felt they were taking a massive risk, and as a result when series creators Rick Berman, Michael Piller, and Jeri Taylor struggled to find the right actress, they recommended abandoning the idea. Fortunately the showrunners came across Kate Mulgrew, and quickly realized she was perfect for Kathryn Janeway.

They were right; Mulrew’s portrayal of Janeway was tremendous. In contrast with many other shows, including the contemporary example of Doctor Who, Star Trek: Voyager handled its female lead in a subtle and understated way. The first seasons in particular were almost gender-neutral, reassuring viewers that it didn’t really matter whether a captain was male or female. Behind the scenes, Mulgrew reinforced this by resisting calls to sexualize Janeway, and fighting against the idea of a Janeway-Chakotay romance. While Janeway was compassionate and supportive, she was also confident and commanding, just as a captain should be. Captain Kathryn Janeway had a pronounced influence on popular culture, and is well known for inspiring countless real-world female scientists and physicists.

The casting of a male actor as captain would have immediately diminished the cultural significance of Star Trek: Voyager. What’s more, had Jonathan Frakes’ Will Riker been made captain of the USS Voyager there can be no doubt the series would have been seen as little more than a Star Trek: The Next Generation spinoff, rather than a true expansion of the franchise. Indeed, the writers would probably have faced some pressure to bring back other members of the Next Generation cast as well – perhaps Brent Spiner as Data, or Marina Sirtis as Deanna Troi. Fortunately, this never seems to have actually happened.

Could Riker Have Dealt With Janeway’s Challenges?

It is interesting, however, to imagine a scenario where Riker was simply transposed into Janeway’s role, and everything else went roughly the same. In this scenario, two of Riker’s personal weaknesses would have worked against him. The first, and most pronounced, is the fact that Riker seems to have been uncomfortable with change. Indeed, that is the core reason Riker took so long to move on from the Enterprise in the first place; he only accepted a captaincy of his own after other crew-members had begun to drift away, most notably Worf. This would have proved a serious impediment on the USS Voyager, where the captain had to adapt to a crew that was half-Maquis and half-Starfleet.

The next problem is that Riker preferred to operate with a safety net. That, fundamentally, is what Jean-Luc Picard was to Riker for all those years; for all Picard allowed Riker a lot of freedom and room to maneuver, the captain himself would take ultimate responsibility for his First Officer’s decisions. Now imagine a scenario where Riker is captain of a starship stranded in the Delta Quadrant, struggling to work out how Starfleet’s various rules apply, no longer able to learn everything about the latest alien race by just asking the computer to give him a briefing. Far from being liberated by this, there’s every likelihood that Riker would have felt crushed by it, perhaps even trying to stick too rigidly to Starfleet’s various proscriptions.

And that neatly brings us to the core issue: that, as the Voyager’s journey through the Delta Quadrant continued, Riker would have come face-to-face with the Borg. Janeway had studied the Borg in an academic sense, and thus was able to set aside her natural revulsion in order to even make controversial deals with them on occasion. For Riker, however, the threat of the Borg would have been a whole lot more personal. Every time he heard a Borg voice, he’d have remembered Locutus of the Borg, and everything the monstrous aliens had cost his dear friend and mentor Jean-Luc Picard. Riker would undoubtedly have made very different judgment calls to Janeway – and they would most likely have ended in disaster.

Of course, in reality this is just an interesting exercise in asking the simple question, “what if?” But the answers serve as a potent reminder of just how important Kathryn Janeway was as Captain of the USS Voyager. From an out-of-universe perspective, different casting choices would have doomed the show to a position of diminished cultural significance. From an in-universe perspective, however, Janeway was probably the only one who could have gotten Voyager and her crew home to the Alpha Quadrant.