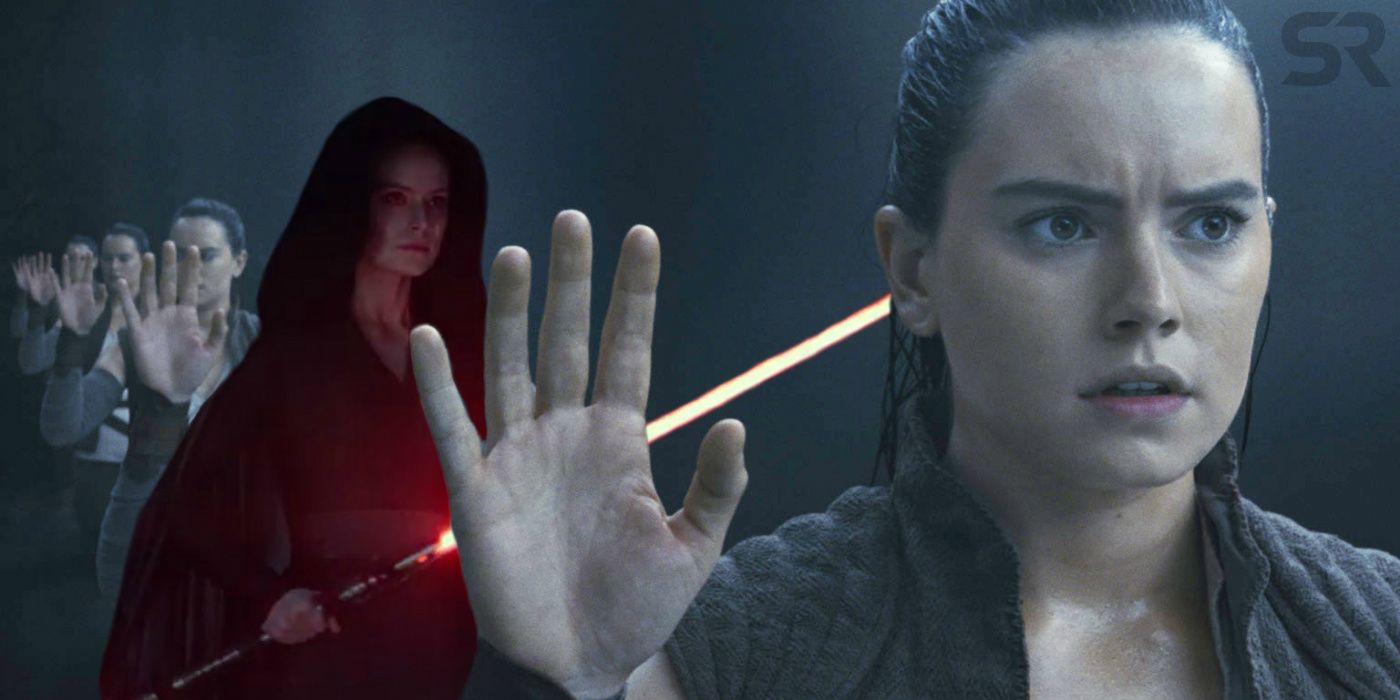 Daisy Ridley had a great time playing Dark Rey in Star Wars: The Rise of Skywalker. In less than two months, the final chapter of the Skywalker saga will roll out, wrapping up the nine-film narrative that centers on the famed family. However, with Luke Skywalker (Mark Hamill) gone and Leia Organa’s  involvement limited due to Carrie Fisher’s untimely death, focus will be on the new crop of characters like Kylo Ren (Adam Driver) and Rey. However, while the now Supreme Leader has an established connection with the lineage, it’s going to be the supposed “no one” who will continue the legacy of the Skywalker twins when it comes to doing what’s good.

At least, that was the notion until the marketing for The Rise of Skywalker revealed an ominous-looking Rey – as if she’s also lured to the dark side like Kylo Ren. Since this reveal, the massive Star Wars community has come up with various theories on what this could mean in terms of the movie’s story. Some even link this to the return of Ian McDiarmid as Emperor Palpatine. Whatever the case may be, Ridley says that she enjoyed playing Dark Rey.

Related: Everything We Know About Palpatine’s Role In Star Wars: The Rise Of Skywalker

In a recent interview with Adoro Cinema (via @sleemo_), Ridley spoke about her experience filming the highly secretive The Rise of Skywalker. She teased one particular sunset sequence that had the cast and crew shaken with regard to how good it was executed. But when asked about any comments on Dark Rey, the actress obviously couldn’t divulge any plot details, but she did share that she enjoyed bringing her to life considering that she’s “the worst” version of the character. Check out the tweet below:

While Ridley’s answer is understandably short and unrevealing, it seems like she’s able to spend some time playing Dark Rey in The Rise of Skywalker. Due to the deceiving nature of some trailers nowadays, there are fans who posit that the controversial image might be nothing else but a figment of the character’s imagination and is in no way a guarantee that she’ll turn to the dark side. And since she said she quite enjoyed playing the exact opposite of Rey (who radiates goodness), perhaps Episode IX will feature Dark Rey more prominently, which is quite exciting.

Assuming that this is the case, it’s curious how this affects the whole narrative of Star Wars: The Rise of Skywalker. Other marketing for the film, particularly posters highlight the Light vs Dark side battle with Rey and Kylo Ren representing each side. Aside from that, it’s also interesting to find out how Dark Rey came out to be, especially if she’s going to be an essential element on how the Skywalker saga will pan out. Considering the string of narrative loose ends that the film needs to address, it makes sense that director J.J. Abrams took his time with the story as the film is officially confirmed the longest Star Wars movie to date.

More: Everything We Know About Leia’s Role In Star Wars 9

Black ﻿Fashion ﻿Fair Launches One-Stop Shop for Black ﻿Designers
11 Biggest Jaw-Droppers From the 2020 Emmys–Aside From the Fact the Show Happened At All
Emmys 2020: How to Watch, Who’s Nominated, Celebrity Guests, and More
Fyre Festival organisers settle lawsuit with Blink-182 and Major Lazer
Bershan Shaw in Running to Be First Black Cast Member on ‘RHONY’