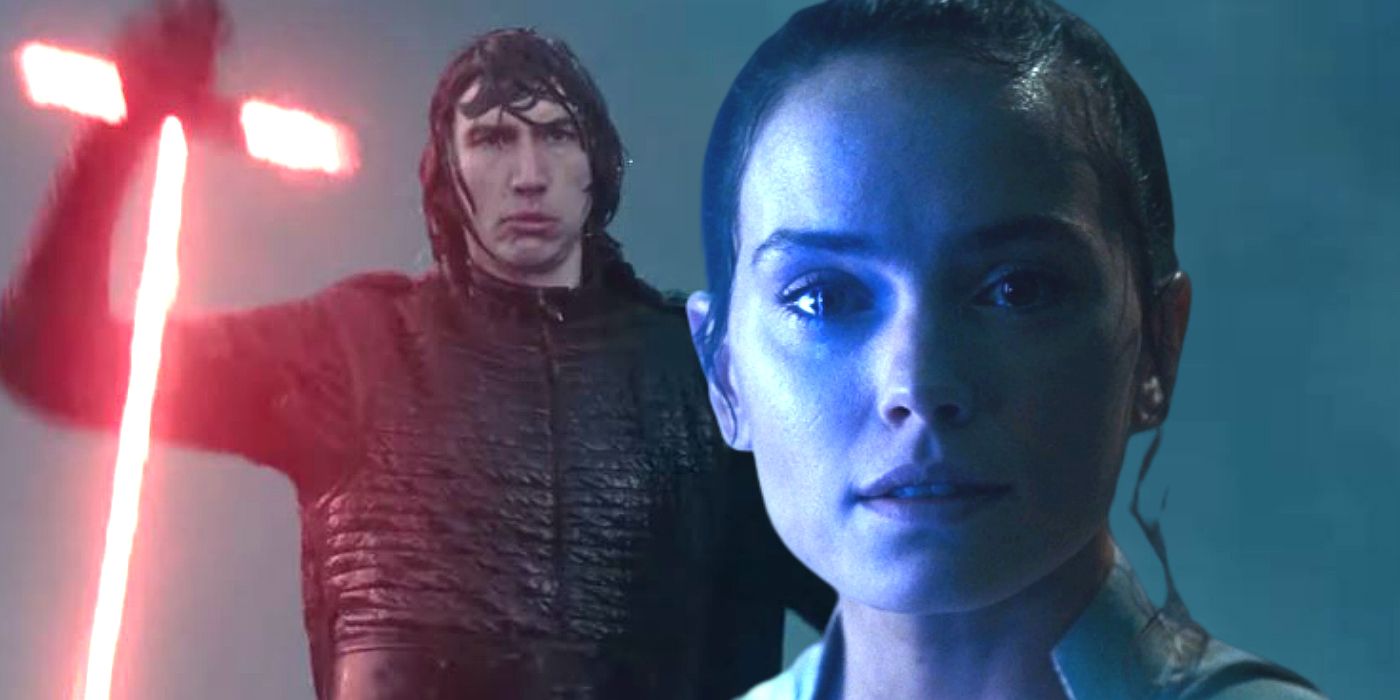 Star Wars: The Rise of Skywalker director J.J. Abrams debunks a popular Reylo fan theory involving East Asian lore and anime. 2015’s The Force Awakens first introduced the characters of Rey and Kylo Ren, she the orphan girl living on the desert planet Jakku and longing for the return of her parents, and he the son of Han Solo and Princess Leia who went down a dark path and became a leader of the all-powerful First Order.

Rey and Kylo’s first encounter of course came at the end of The Force Awakens, when despite her lack of training, the Force-sensitive Rey was able to best Kylo in an epic lightsaber duel. The two would later meet again in the sequel The Last Jedi, whose story would strongly imply a mysterious spiritual connection between the two characters. Indeed, fans thought they saw a hint of a possible romantic bond between Rey and Ren, and forged an entire theory based on the legend of the Red Thread of Fate, a tale in East Asian lore in which it’s claimed that two people who are destined to be lovers are connected by the gods via an invisible red line that pulls them together. A red ribbon appearing on Rey’s hand in an early Rise of Skywalker trailer indeed added more fuel to the notion that the film will reveal Rey and Ren’s bond, and that Abrams and company in fact took inspiration for their story from the Red Thread of Fate tale.

Now however, Abrams himself has come forward to shoot down this particular fan theory. Speaking to Vanity Fair, the writer-director simply stated, “No. That is not something that we incorporated.”

The Red Thread of Fate story may have its origins in ancient lore, but the tale actually became familiar to many modern day viewers thanks to the anime Your Name, a love story about two high schoolers who begin swapping bodies, which references the original legend. As it happens, Abrams himself is a fan of Your Name and was at one time reported to be developing an American remake. That fact alone was enough to ratchet up fan speculation that Rey and Kylo’s relationship drew inspiration from the Red Thread of Fate, but Last Jedi director Rian Johnson also hinted at such a mystical connection between the characters when he tweeted about red threads (the tweets were later deleted). When the red ribbon appeared on Rey’s hand in the Rise of Skywalker teaser, it naturally seemed like a very overt and perhaps theory-confirming detail to those inclined to believe that Abrams and Johnson were inspired by the ancient love story as well as its echoes in anime.

Fan theories have certainly been built upon flimsier evidence than what was offered up in support of the Red Thread of Fate Reylo connection. But as solid as the theory seems to be, it now appears that fans were once again way off base in their speculations. Then again, if Rey and Kylo really were connected by the gods (or the Force) in a way that echoes the Red Thread of Fate tale and Your Name, it’s unlikely that Abrams would come out and admit it ahead of the release of Star Wars: The Rise of Skywalker. So it’s up to fans to decide if this one is really debunked, or if Abrams is simply trying to throw them off the trail.

More: 10 Star Wars: The Rise Of Skywalker Fan Theories That Are Strong With The Force

Shows To Watch If You Like Altered Carbon | ScreenRant
Why Is Manuka Honey Good for Your Skin and Hair?
AMC Theatres Shifts Reopening Date To July 30 After ‘Tenet’ & ‘Mulan’ Delay
Framed (2016)
Colin Kaepernick Gets Netflix Series Based on His High School Years