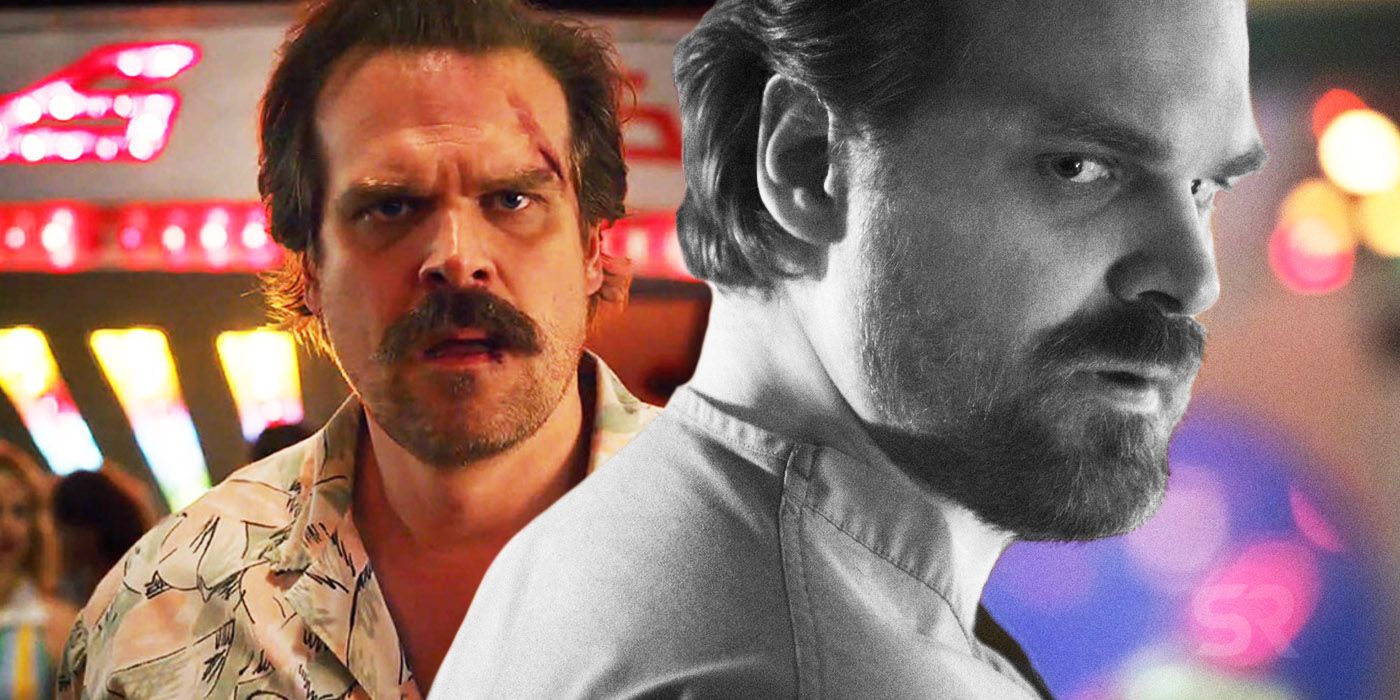 The wait for Stranger Things season 4 might be a long one, and as the Duffer Brothers haven’t shared any details, the only thing there is to do is imagine all the possible paths the story could take. Stranger Things season 3 was an emotional ride for fans, as the kids are growing up and dealing with different issues (that have nothing to do with the Upside Down), and the Mind Flayer was still around, creating chaos.

By the end of season 3, things were very different in the world of Stranger Things: the Russians were experimenting on the Upside Down and had (human) prisoners and captive Demogorgons, Eleven lost her powers and moved out of Hawkins with the Byers, and Jim Hopper was killed – or at least that’s what the series wanted the audience to believe. Viewers have been finding all types of clues (some believable, others not so much) that point at Hopper’s survival, but what happens if he’s alive?

With Eleven and Joyce not in Hawkins anymore, the Russians experimenting on the other side of the world (and, who knows, maybe still in Hawkins), and gates to the Upside Down opening in Russia, will Hopper somehow rejoin the group or will he switch sides (though not voluntarily)? Perhaps Hopper is on his way to become the villain of Stranger Things season 4.

Obviously, in order for Hopper to become the villain in season 4, he has to be brought back. Many fans have pointed out that, in the seconds between Joyce closing her eyes and turning the keys for the machine to close the gate, Hopper wasn’t where he was supposed to, and there were no traces of him when Joyce got to the spot. Some believe Hopper found a way out at the last second thanks to some stairs nearby, while others are sure he jumped through the gate to the Upside Down. Other, more elaborate theories, suggest Hopper is now trapped between dimensions, and others are sure he escaped and is now the American held captive by the Russians in Kamchatka.

Whatever the explanation Stranger Things ends up giving, Hopper has to be brought back and, preferably, he would have to spend some time with the Russians. Whether he was trapped at the lab underneath Starcourt Mall, found by the Russians in the Upside Down, or transported to the other side of the world through the gate, he has to be under the Russians’ control in order to become the new villain.

In Stranger Things’ world, you are either born a villain or turned into one, and Hopper would have to be turned into one. The best way for that to happen might be through experiments from the Russians – if they have prisoners to feed a Demogorgon, who says they aren’t experimenting on other people. A popular belief among fans is that Dr. Brenner has been working with the Russians this whole time, which is why they know about the Upside Down, the gates, and how to deal with a Demogorgon. Brenner knows Hopper, and probably wouldn’t hesitate on using him as a weapon to fulfill whatever goals the Russians have with the Upside Down and the creatures.

Related: Stranger Things: Eleven Lost Her Powers Because Hopper Had To Die

Hopper could turn into a villain through brainwashing, thus becoming the Russians’ best way to infiltrate Hawkins. If Brenner is indeed working with the Russians, Hopper could also be used by him to get Eleven, who would be a very valuable asset. Of course, there could be other ways the Russians can mess and manipulate a man’s mind – it’s Stranger Things, after all. Or, it could also be an after-effect of the Upside Down, supposing Hopper is trapped there. The Mind Flayer took a hold of Will during one of his “manifestations” in the Upside Down, and given that very little is known about the other dimension, the same could happen to Hopper, which would in turn allow him to survive in the Upside Down for a while – and later be used as a mole (like Will) or a servant, like Billy in season 3.

Hopper Could Be Stranger Things’ Best Villain Yet

Stranger Things has shown that it’s afraid to change: the three seasons have had the same formula, with a supernatural creature threatening the group and Eleven saving the day with her powers. This will hopefully change in season 4, mostly because Eleven is now powerless, and having Hopper as villain would be a big shake up. They would finally be facing a human enemy (not counting Andrey Ivchenko a.k.a. the Russian Terminator, who wasn’t the main menace), and it’s a specially dangerous one.

Everyone trusts Hopper, and Eleven and Joyce have a deeper and more emotional connection with him, so turning him into the villain would be incredibly heartbreaking for everyone (including viewers). That trust can also be used to the Russians/Brenner’s advantage, as he could easily take Eleven or infiltrate the lab as needed. Villain Hopper would also be a reason for Eleven to return to Hawkins, and could even trigger the return of her powers.

Being A Villain Could Properly End Hopper’s Arc

A villainous role would be a perfect ending for Hopper’s arc, more so if season 4 truly is the end of Stranger Things. No matter all the chaos and heartbreak his actions bring, in the end he will be redeemed, either thanks to Eleven, Joyce, or a team effort of the whole group – whatever works best after everything he did (besides, the Duffers love to mess with the emotions of fans). As part of his redemption, Hopper would sacrifice himself (for real this time) to save everyone, thus turning back into a hero. It happened with Billy, it can absolutely happen with a big character like Hopper. It’s a Darth Vader type of ending, and Stranger Things loves Star Wars and taking inspiration from it and other works from the 1980s, so it fits.

Hopper becoming the villain of Stranger Things season 4 is not a bad thing – it would be sad, yes, as he has been an important part in bringing down Hawkins Lab, rescuing Eleven, and attempting to close the gate (twice), but it would make his arc much more interesting. It would also add to the arcs of the rest, mostly Eleven and Joyce, so it would work on many levels. His conversion depends on how Stranger Things addresses his survival, but the Russians would definitely play a part in it.

Next: Stranger Things Theory: Will Gets Powers In Season 4